In a discussion with some politicians yesterday about the well-being of children and various political policies, I mentioned that it can sometimes be difficult to get the right mix. We discussed the recent policy on vaccinations, and the cutback of various benefits for those parents who will not vaccinate their children.

The ironic thing here of course is those who are being targeted are the ones who may suffer as a result of these policies. That is, if some of the poorer families are a part of the ‘no jab, no pay’ camp, then their kids may suffer by missing out on some of these benefits.

This is what we call the law of unintended consequences. Politicians come up with all these ideas, but sometimes they can end up hurting the ones they are meant to help. A line from Thomas Sowell comes to mind here: “Much of the social history of the Western world over the past three decades has involved replacing what worked with what sounded good.”

I mentioned to these politicians other examples of this. One of these policies I actually favour – at least for the most part. The intention behind it is quite good, but again, it may end up harming the ones they were trying to look after. I refer to the problem of welfare dependency and curtailing unhelpful behaviours.

I mentioned yesterday that when a government seeks to get more of something, it subsidises it, and when it want to have less of something, it taxes it. In the problematic area of fatherless children, and all the negative social consequences involved, governments have tended to exacerbate the problems by funding such behaviour.

The welfare state tends to create dependency, and it tends to perpetuate the problem. So some governments are seeking to cut such a culture of dependency, and cut off those who may abuse the system, for example, those having more out-of-wedlock children to get more government payments.

So the intent may be to curb rampant welfarism, where people keep having kids just to get the money. Wisconsin has had a ‘three strikes and you’re out policy’: after the third child to a single parent, a welfare recipient will lose their state funding.

The aim is to affirm marriage, and to curtail abuses of the welfare system. These are good aims indeed. But sadly it can harm the child of course. After all, they have to eat, have shelter, clothing, etc. So cutting the benefits to the parent will at least indirectly likely harm the children so conceived.

So it is a tricky situation. We want to do several things: we want to help the child, while discouraging unwanted behaviours (having kids out of wedlock just to rake in the welfare benefits). And we want to rein in a runaway welfare state and an entitlement mentality which keeps getting worse.

For those of a conservative bent, this can thus be a rather complex discussion: we are pro-family and pro-children. Yes having children is a good thing, but no, having kids out of wedlock and rorting the welfare system is a bad thing. So how do we get public policy to deal with these various issues in a balanced way, one that protects children but discourages dependency on the welfare state?

As mentioned, whenever the state subsidises something, it gets more of it. The welfare reform movements in the US were meant to deter bad behaviours (deliberately bringing kids into the world without a father and getting hooked on state entitlements) and to affirm marriage and family. 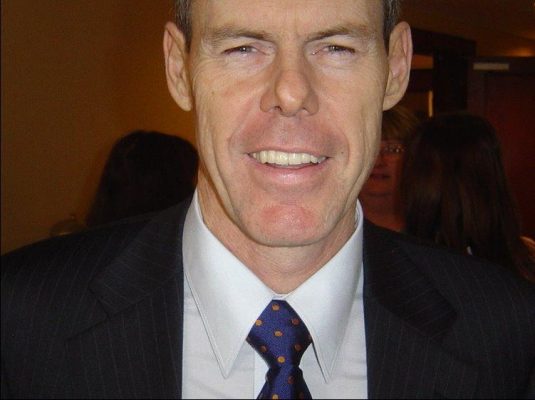 It is not just American politicians who are grappling with this. Late last year a conservative-leaning ex-MP, Gary Johns, made a similar sort of proposal to deal with some of these issues. His option was as controversial as the ‘no jab, no pay’ one of a few weeks ago. His was a ‘no contraception, no dole’ proposal. This is how one media report ran with the story a few months ago:

The former MP who served in the Keating government admits such a measure will “undoubtedly affect strugglers, [and] … Aboriginal and Islander people in great proportions. But the idea that someone can have the taxpayer, as of right, fund the choice to have a child is repugnant.”
According to Mr Johns larger families of past generations “were the result of the combination of absent contraception and the need to have many children, in order that some survive to care for parents in old age”. But he says such conditions now don’t apply.
“Infant mortality is minuscule in all sectors of society, and the taxpayer picks up the tab for aged care. Potential parents of poor means, poor skills or bad character will choose to have children. So be it. But no one should enter parenthood while on a benefit.”
The ex-Minister claims “it is better to avoid having children until such time as parents can afford them. No amount of ‘intervention’ after the fact can make up for the strife that many parents bring down on their children.” Mr Johns goes on to cite two recent examples over Christmas.
“Both happened to be indigenous, but of course, many non-indigenous cases abound,” he says. “The first, in Cairns, involved a single mother with nine children from five fathers. Better this woman had fewer children. Better men on benefits also could be prevented from having children.” Many social media users have taken to Twitter to express their views after reading Johns’s piece.

Various folks at the time asked me what I thought of all this. So here is my belated response. As mentioned, it can be hard to get the balance right in this area. I basically support where Johns is coming from, even though his proposed solution may not be as helpful as we might like.

While there are married families on welfare, broken families, single families, etc., make up a big part of the welfare role – the data on this is pretty clear. The question being raised here is this: how can we deter irresponsible behaviours, especially those that encourage marriage and family breakdown, while looking after children?

In the past this was much more a family, community or church issue, and a sense of shame for bearing kids out of wedlock was a big deterrent to this. But things have changed, sadly, and the state has usurped much of the role of church and family, so all this now becomes a major public policy discussion.

And that is exactly the point of Johns and others: how do we help the deserving poor without creating a giant welfare state with dependency running amok? So he has offered perhaps an imperfect solution here (and many folks of course may have problems with contraception as well for various reasons) but his concerns are exactly right: we must fight the entitlement mentality and the dependency culture.

And we should seek to promote marriage and the intact two-parent family. But how we can do this while not penalising or punishing the very ones we want to help at the same time? There are no easy answers here. But as I told the politicians yesterday, at least we have to be carefully thinking about all this.