In my daily reading I came across several passages toward the end of 2 Kings which not only stood out in their own right, but especially seemed relevant given a recent shocking announcement by one American evangelical. More about the latter in a moment, but the passages have to do with one particularly wicked king of Judah, Manasseh.

We read about this nasty piece of work in 2 Kings 21:1-18. Unfortunately he had a very long reign, starting when he was just 12 years of age. For 55 years he did great evil in the eyes of the Lord. As with so many other evil kings, his problem was he followed the “detestable practices of the nations the Lord had driven out before the Israelites” (v. 2).

He rebuilt the high places his father Hezekiah had destroyed; he also erected altars to Baal and made an Asherah pole, as Ahab king of Israel had done. He bowed down to all the starry hosts and worshiped them. He built altars in the temple of the Lord, of which the Lord had said, “In Jerusalem I will put my Name.” In the two courts of the temple of the Lord, he built altars to all the starry hosts. He sacrificed his own son in the fire, practiced divination, sought omens, and consulted mediums and spiritists. He did much evil in the eyes of the Lord, arousing his anger. He took the carved Asherah pole he had made and put it in the temple….

We read about how he led the people astray in v. 9, and an incredibly damning thing is said about him in v. 11: “He has done more evil than the Amorites who preceded him and has led Judah into sin with his idols.” And what I especially want to emphasise is what we read in v. 16: “Moreover, Manasseh also shed so much innocent blood that he filled Jerusalem from end to end – besides the sin that he had caused Judah to commit, so that they did evil in the eyes of the Lord.”

We read more about Manasseh and his bitter fruit in 2 Kings 24:1-4. There we read about how the Babylonians invaded Judah, and the reason for it:

During Jehoiakim’s reign, Nebuchadnezzar king of Babylon invaded the land, and Jehoiakim became his vassal for three years. But then he turned against Nebuchadnezzar and rebelled. The Lord sent Babylonian, Aramean, Moabite and Ammonite raiders against him to destroy Judah, in accordance with the word of the Lord proclaimed by his servants the prophets. Surely these things happened to Judah according to the Lord’s command, in order to remove them from his presence because of the sins of Manasseh and all he had done, including the shedding of innocent blood. For he had filled Jerusalem with innocent blood, and the Lord was not willing to forgive.

Once again we read about the shedding of innocent blood. This is something God Almighty absolutely will not put up with. This will always bring about the sure judgment of God upon those who do this. And it is here that I need to bring back into the discussion the US evangelical leader who I mentioned above. 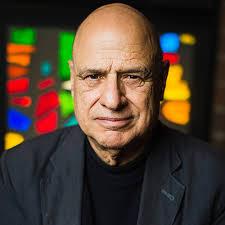 I discuss him because he too is advocating for and defending the shedding of innocent blood. He is doing this in a mind-boggling political endorsement. I refer to Tony Campolo and his utterly reprehensible call for Christians to vote for Hillary Clinton!

This is how one report headlines this story: “Evangelist Tony Campolo says Christians should vote for Hillary Clinton”. It begins:

Evangelical pastor Tony Campolo issued an endorsement for presidential hopeful Hillary Clinton in an essay published earlier this month. Campolo served as Bill Clinton’s spiritual advisor during his presidency, but said he is vetting Hillary for more than personal reasons.
Beginning with Hillary’s tenure as first lady of Arkansas, Campolo said she has demonstrated her administrative abilities and commitment to educational reform. He also cited her experience as senator of New York and Secretary of State as evidence of her ability to work effectively across party lines. “Hillary… understands how Congress works,” Campolo wrote, “a needed skill since legislative gridlock has characterised Washington over the last several years.”

What? A hard core feminist who is pro-homosexual and committed to abortion on demand is someone he thinks Christians should vote for? Just how far removed is this guy from biblical Christianity? In addition to a host of problems with Clinton, including being an unrepentant liar, she is of course fully committed to the shedding of innocent blood.

The very thing God absolutely hates and has vowed to judge is the thing she most resolutely celebrates and champions. And this apostate evangelical leader is quite happy, just like Manasseh, to lead many people astray by moving in this same direction of sin, wickedness and rebellion against God.

There were plenty of professing Christians who voted for the pro-abortion Obama not just once but twice, and I shudder to think how many of these clueless wonders will also vote for Clinton. They will have to stand before a holy and righteous God one day to give an account for this.

And so will Campolo for this horrific and utterly misguided recommendation. He might as well just get up and tell us how he thinks Manasseh was a great guy and a great leader. That Campolo is an unashamed apologist for the shedding of innocent blood tells us all we need to know about this guy and his “faith.”

He is a false shepherd who needs to repent – and soon.

22 Replies to “Religion, Leadership, and the Shedding of Innocent Blood”