That there are such things as conservative political parties and politicians is not in doubt, but the quality and number of them is getting to be a worry. As an American living in Australia, let me limit my remarks to just those two countries (although what I say would be true of many Western countries). 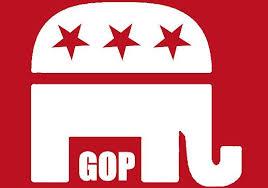 With the US election cycle now already under way, we see again the problem of RINOs (Republicans In Name Only) versus real conservatives. Recent US history has been about RINOs getting the nod for the Republican nomination for POTUS, and either losing to the Democrats, or getting in but doing little good, and even doing much damage.

As just the most recent example of this, I have to agree with Ted Cruz:

On the Senate floor a few moments ago, Ted Cruz SLAMMED the new Senate Republican majority for refusing to block Loretta Lynch’s nomination to Attorney General. He said that the Republican majority could continue to block the nomination if they wanted to and it’s something he’s urged them to do so because of her admissions to run the DOJ in a lawless fashion just like Eric Holder.

Sadly things are not much different in Australia. The Liberal Party is meant to offer conservative opposition to the leftist parties, but too often the Liberals are not very distinguishable from Labor or even Green politicians. Both at state and federal levels, Liberal policies and positions are often decidedly not very conservative.

Plenty of examples of this can be offered here. Let me present just one representative case. I was recently invited to speak to a group of Liberals, and I discussed issues such as religious freedom in general, and the war on small Christian businesses by the homosexual activists.

While some in attendance fully agreed with my concerns, some were quite antagonistic! Some were in fact fully supportive of things like homosexuality, homosexual marriage, and the attacks of religious freedom and freedom of conscience.

I was quite staggered that the very heart and soul of the Liberal party worldview – belief in freedom, limited government, the importance of small business, and so on – was treated so cavalierly and disdainfully by these Liberals. I thought I might have mistakenly been invited to a Labor party meeting instead.

These guys were obviously utterly clueless about the homosexual war on all things important and vital for a free society. They were clueless about how whenever special rights and homosexual marriage is granted, the militants simply demand more, and work even harder on limiting the freedoms of other citizens.

They really need to get their head out of the sand, or out of the lamestream media, and start becoming informed about what is really happening around the world in this regard. And they can start with a brand new article written by someone who knows what she is talking about.

I refer to Dawn Stefanowicz who was raised in a homosexual household. She has written a book about her appalling childhood which I have reviewed here: billmuehlenberg.com/2009/10/25/a-review-of-out-from-under-the-impact-of-homosexual-parenting-by-dawn-stefanowicz/

In her new article she documents where Canada is heading as the militant homosexual lobby continues to push its totalitarian agenda. It is entitled, “A Warning from Canada: Same-Sex Marriage Erodes Fundamental Rights”. She is worth quoting at length:

I want to warn America to expect severe erosion of First Amendment freedoms if the US Supreme Court mandates same-sex marriage. The consequences have played out in Canada for ten years now, and they are truly Orwellian in nature and scope.
In Canada, freedoms of speech, press, religion, and association have suffered greatly due to government pressure. The debate over same-sex marriage that is taking place in the United States could not legally exist in Canada today. Because of legal restrictions on speech, if you say or write anything considered “homophobic” (including, by definition, anything questioning same-sex marriage), you could face discipline, termination of employment, or prosecution by the government.
Why do police prosecute speech under the guise of eliminating “hate speech” when there are existing legal remedies and criminal protections against slander, defamation, threats, and assault that equally apply to all Americans? Hate-crime-like policies using the terms “sexual orientation” and “gender identity” create unequal protections in law, whereby protected groups receive more legal protection than other groups.
Having witnessed how mob hysteria in Indiana caused the legislature to back-track on a Religious Freedom Restoration Act, many Americans are beginning to understand that some activists on the Left want to usher in state control over every institution and freedom. In this scheme, personal autonomy and freedom of expression become nothing more than pipe dreams, and children become commodified….
In Canada, it is considered discriminatory to say that marriage is between a man and a woman or that every child should know and be raised by his or her biological married parents. It is not just politically incorrect in Canada to say so; you can be saddled with tens of thousands of dollars in legal fees, fined, and forced to take sensitivity training.
Anyone who is offended by something you have said or written can make a complaint to the Human Rights Commissions and Tribunals. In Canada, these organizations police speech, penalizing citizens for any expression deemed in opposition to particular sexual behaviors or protected groups identified under “sexual orientation.” It takes only one complaint against a person to be brought before the tribunal, costing the defendant tens of thousands of dollars in legal fees. The commissions have the power to enter private residences and remove all items pertinent to their investigations, checking for hate speech.
The plaintiff making the complaint has his legal fees completely paid for by the government. Not so the defendant. Even if the defendant is found innocent, he cannot recover his legal costs. If he is found guilty, he must pay fines to the person(s) who brought forth the complaint.
If your beliefs, values, and political opinions are different from the state’s, you risk losing your professional license, job, or business, and even your children. Look no further than the Lev Tahor Sect, an Orthodox Jewish sect. Many members, who had been involved in a bitter custody battle with child protection services, began leaving Chatham, Ontario, for Guatemala in March 2014, to escape prosecution for their religious faith, which conflicted with the Province’s guidelines for religious education. Of the two hundred sect members, only half a dozen families remain in Chatham.
Parents can expect state interference when it comes to moral values, parenting, and education—and not just in school. The state has access into your home to supervise you as the parent, to judge your suitability. And if the state doesn’t like what you are teaching your children, the state will attempt to remove them from your home.
Teachers cannot make comments in their social networks, write letters to editors, publicly debate, or vote according to their own conscience on their own time. They can be disciplined or lose any chance of tenure. They can be required at a bureaucrat’s whim to take re-education classes or sensitivity training, or be fired for thinking politically incorrect thoughts….
An example of legally curtailed speech regarding homosexuality in Canada involves the case of Bill Whatcott, who was arrested for hate speech in April 2014 after distributing pamphlets that were critical of homosexuality. Whether or not you agree with what he says, you should be aghast at this state-sanctioned gagging. Books, DVDs, and other materials can also be confiscated at the Canadian border if the materials are deemed “hateful.”
Americans need to prepare for the same sort of surveillance-society in America if the Supreme Court rules to ban marriage as a male-female institution. It means that no matter what you believe, the government will be free to regulate your speech, your writing, your associations, and whether or not you may express your conscience. Americans also need to understand that the endgame for some in the LGBT rights movement involves centralized state power—and the end of First Amendment freedoms.

I urge all of you to read the full article. The RINOs in America and the clueless Liberals in Australia also need to read this piece. They should read my articles and books on this topic as well. Until they wake up real fast to the homosexual war on all things that we value, we will continue to lose it all.

And we will continue to lose our conservative political parties as well because of this gross ignorance of the various wars that have been launched against us.

13 Replies to “Whatever Happened To Conservative Political Parties?”