OK, maybe not. But I might as well come out and say something this idiotic. After all, if Bruce Jenner can say much the same, why can’t I? The former hero of athletics, and more recently a big part of the travelling circus known as the Kardashians, is now making a whole lot of media noise – and money – telling us he is a woman. 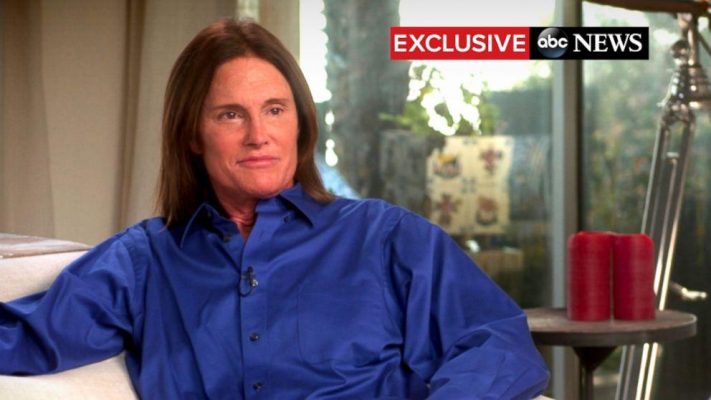 One report on this ongoing story of gender bender moonbattery goes like this:

Bruce Jenner was once hailed as the greatest athlete in the world and later became a reality television star with one of the world’s most famous families. Now, the former Olympian is revealing a secret that has caused him turmoil for decades.
“For all intents and purposes, I’m a woman,” Jenner told ABC’s Diane Sawyer in an exclusive interview that aired Friday in a special two-hour edition of ABC News’ “20/20.” “People look at me differently. They see you as this macho male, but my heart and my soul and everything that I do in life – it is part of me,” Jenner, 65, said. “That female side is part of me. That’s who I am.”

So just what gives here? You mean to tell me his XY chromosomes have magically, overnight, just transformed into XX chromosomes? Can I really become someone or something I am not in reality, simply by wishing it were so, or hoping it is the case?

This is part of some sexual insanity which is getting well out of control here. Philosopher Carlos D. Flores has recently written on “The Absurdity of Transgenderism” which is well worth quoting from:

Why think that what one “identifies as” is significant at all, especially to the extent that others should actively recognize or cater to such an identity, and especially when the identity one adopts is contrary to reality?
Consider the following analogies. Suppose that a Caucasian man from Finland – call him Gunther – suddenly decided that he identifies as being of Sub-Saharan African descent. Suppose further that, in light of this, Gunther undergoes unusual procedures to have his skin darkened and his skull’s bone structure re-shaped so as to resemble that of individuals of Sub-Saharan descent. Would we think that such a person has suddenly become of Sub-Saharan descent through such procedures? Of course not, and his identifying as such does nothing to change this. His appearance as someone of Sub-Saharan descent might be very convincing. But, again, this doesn’t change the fact that he is not of Sub-Saharan descent.
Similarly, suppose that a seventy-year-old man – call him Bob – comes to identify as a sixteen-year-old. Wouldn’t we think it absurd if people considered it “rude” or “bigoted” to tell the man: “You are not sixteen years old. Your identifying as such doesn’t change this fact, and we will not indulge you in your strange delusions by not calling attention to your old age and by pretending that you really are sixteen years old”?…
The transgendered suffer a disorder of “assumption” like those in other disorders familiar to psychiatrists. With the transgendered, the disordered assumption is that the individual differs from what seems given in nature—namely one’s maleness or femaleness. Other kinds of disordered assumptions are held by those who suffer from anorexia and bulimia nervosa, where the assumption that departs from physical reality is the belief by the dangerously thin that they are overweight.
It would thus be a perfectly proper procedure of medicine for the transgendered individual to visit a therapist to seek his professional help to relieve himself of his disordered transgender identity insofar as this would amount to a restoring of the transgendered individual’s mental faculties to their properly functioning state.

But those who have been there and done that are also worth listening to here. Consider for example Walt Heyer who says “I Was a Transgender Woman.” He writes:

It was a pivotal scene. A mom was brushing a boy’s long hair, the boy slowly turned his head to look at her. In a tentative voice, he asked, “Would you love me if I were a boy?” The mom was raising her boy to become a trans-girl.
In that split second, I was transported back to my childhood. I remembered my grandmother standing over me, guiding me, dressing me in a purple chiffon dress. The boy in that glowing documentary about parents raising transgender kids dared to voice a question I always wanted to ask. Why didn’t she love me the way I was?
I am haunted by that boy and his question. What will the trans-kids of 2015 be like sixty years from now?…
The reprieve provided by surgery and life as a woman was only temporary. Hidden deep underneath the make-up and female clothing was the little boy carrying the hurts from traumatic childhood events, and he was making himself known. Being a female turned out to be only a cover-up, not healing.
I knew I wasn’t a real woman, no matter what my identification documents said. I had taken extreme steps to resolve my gender conflict, but changing genders hadn’t worked. It was obviously a masquerade. I felt I had been lied to. How in the world had I reached this point? How did I become a fake woman? I went to another gender psychologist, and she assured me that I would be fine; I just needed to give my new identity as Laura more time. I had a past, a battered and broken life that living as Laura did nothing to dismiss or resolve. Feeling lost and depressed, I drank heavily and considered suicide.
At the three-year mark of life as Laura, my excessive drinking brought me to a new low. At my lowest point, instead of committing suicide I sought help at an alcohol recovery meeting. My sponsor, a lifeline of support and accountability, mentored me in how to live life free from alcohol. Sobriety was the first of several turning points in my transgender life….
Coming back to wholeness as a man after undergoing unnecessary gender surgery and living life legally and socially as a woman for years wasn’t going to be easy. I had to admit to myself that going to a gender specialist when I first had issues had been a big mistake. I had to live with the reality that body parts were gone. My full genitalia could not be restored—a sad consequence of using surgery to treat psychological illness. Intensive psychotherapy would be required to resolve the dissociative disorder that started as a child.
But I had a firm foundation on which to begin my journey to restoration. I was living a life free from drugs and alcohol, and I was ready to become the man I was intended to be.
At age fifty-six, I experienced something beyond my wildest dreams. I fell in love, married, and began to fully re-experience life as a man. It took over fifty years, but I was finally able to unwind all the damage that purple chiffon dress had done. Today, I’m seventy-four years old and married to my wife of eighteen years, with twenty-nine years of sober living.
Changing genders is short-term gain with long-term pain. Its consequences include early mortality, regret, mental illness, and suicide. Instead of encouraging them to undergo unnecessary and destructive surgery, let’s affirm and love our young people just the way they are.

9 Replies to “For All Intents and Purposes, I’m a Platypus”