It is getting almost to be routine now, much like in England and many parts of Europe: another planned terrorist attack from the religion of peace; another bunch of dhimmi responses; and more heads stuck permanently in the sand. This time it was another frightening incident in Melbourne.

By now all Australians should be aware of this grizzly planned attempt at terrorism and bloodshed on a very special time: Anzac day. One news report covers the story this way:

Counterterrorism police have alleged two of the five men they arrested in an operation in Melbourne on Saturday morning were planning an Islamic State-inspired terrorist attack on an Anzac Day ceremony. Sevdet Besim, 18, of Hallam, has been charged with conspiring to commit a terrorist act and appeared in the Melbourne Magistrates Court. He did not apply for bail and was remanded in custody until next Friday. However the defence told the court Besim would apply for bail at a later date.
A second man, 18, from Hampton Park, was also arrested on terrorism-related offences this morning during a major joint counterterrorism team operation. A third man was arrested for weapons offences and two other men were in custody assisting police with their enquiries, after seven search warrants were executed. Three of the five men arrested were injured in the operation. 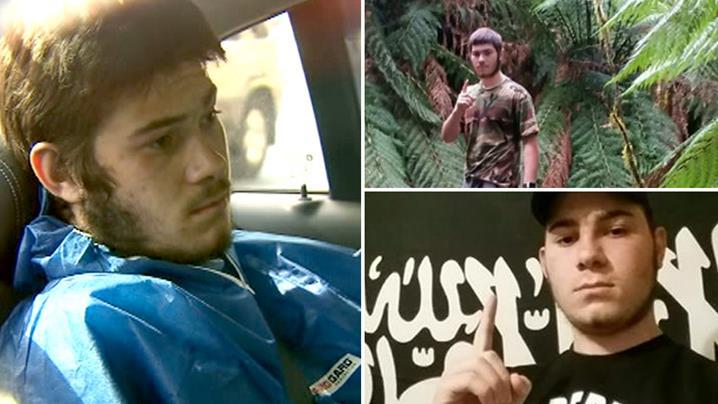 While some of the media outlets were hard pressed to once again deny the obvious Islamic connections here, we still have clueless or deliberate dhimmi leaders and politicians lying through their teeth on this. Consider for example the utterly idiotic and unhelpful remarks made by Victorian Premier Daniel Andrews: “These individuals arrested today are not people of faith, they don’t represent any culture. This is not an issue of how you pray or where you were born, this is not about those issues, this is simply evil, plain and simple.”

What!? Say that again! Nothing to do with faith? Not part of any culture? Not about how you pray? Not based on where you come from? Um, earth calling Andrews. It is exactly because of spineless wonders and appeasers like you that we are having this trouble.

Why doesn’t he listen to his own people for heaven’s sake, instead of parroting this dhimmi gibberish? He could start listening to Acting Chief Commissioner Tim Cartwright for starters. As he said, “Not surprising that it was ISIS inspired, I suspect that most of these activities will be linked back to ISIS in some way.”

And these five teenagers were all known associates of Melbourne terror-suspect Numan Haider. This is of course the teenage terrorist Abdul Numan Haider who went on an Islamic jihadi attack at a suburban police station in Melbourne’s east last September, armed with two knives and an Islamic State flag. He was shot dead by police.

But hey, who are we to say this has anything to do with Islam? Abdul is a common name, and could easily refer to any white Baptist Sunday School teacher. We mustn’t be quick to rush to judgment here. And who knows – it is always possible that a Presbyterian deacon might carry around knives and IS flags.

The same with these five. How dare we claim what they did had anything to do with faith – especially the Islamic faith? They are likely all just lone wolves, and may well be Buddhists. Or they might be members of the Amish community. How can we be sure they have any connection with Islam?

But then again…. What if all the terrorists we have had to deal with in Australia have all been Muslims? What if the Islamic religion makes it perfectly clear in its holy writings that killing the infidel is one of the highest duties a Muslim can engage in?

What if Muslims follow a leader who was a warlord who personally engaged in numerous acts of terror, killing and bloodshed? What if a devout Muslim is one who follows the example of Muhammad to the letter? What if your only guarantee of entering paradise to get your host of virgins is to die fighting for Allah against the infidels?

While we have plenty of brainless leaders and inept politicians who are stumbling over themselves to exonerate Islam, and to indeed defend Islam, in spite of the mountain of evidence staring them in the face, some folks are not so deceived. Some folks are willing to speak the truth on this.

Melbourne columnist Andrew Bolt is one of the few voices being heard on this that has not been strangled by Political Correctness and Islamophilia. His column today is spot on. Allowing anyone and everyone to enter into our country has been a disastrous policy, and we are now paying the price for this. He writes:

I accuse Australia’s political class of a crime. Of wilfully endangering the safety of Australians. They – with much media help – have put Australians in danger through years of reckless immigration and refugee policies. And it’s come to what we saw on Saturday — anti-terrorism police in Melbourne arresting five more young men from Muslim families, two for allegedly plotting attacks on police on Anzac Day.

He points out a few inconvenient truths about religious identification here:

Most Muslims here want peace. But the hard facts remain. Of the 21 Australians jailed for terrorism offences so far this century, all were Muslim. Most were born overseas. Most of the rest are children of immigrants from Muslim countries. Add the following: some 150 Australian Muslims have enlisted with barbaric terrorist groups of the Middle East, notably Islamic State. Another 100 Australians thought likely to join them have had their passports confiscated, and some 200 have been pulled off planes. Meanwhile ASIO is investigating 400 other cases involving Islamist threats. This is an astonishing harvest of danger from a Muslim community here of fewer than 500,000 people.
Compare: we have more than 400,000 Buddhists, yet not one Buddhist has been convicted here of terrorism -offences or shot a hostage in a Sydney cafe in the name of their faith. There is undeniably something different about Islam, or at least the way many interpret it. Then there’s the other danger: at least five prominent Australian journalists and cartoonists have been subject to serious death threats by Islamists, requiring two to move home. If you wonder why so few journalists speak frankly about these issues, there’s a clue. But with the dangers now so obvious, it’s time to call out those who so blindly exposed us to them.

I will offer a hearty amen to that. There is something about Islam, to paraphrase a popular film of some years back. Until we wake up to the reality of Islam, we will keep having terrorist attacks being planned in this country. And not all of them will be discovered ahead of time, regrettably.

Multiculturalism has been a major cause of our troubles here because our leaders have refused to admit the truth that not all cultures are equal. Some cultures are barbaric, bloodthirsty seventh century cultures which are completely incompatible with 21st century Western democracies.

Moreover, when a religious cult and political ideology tells you it intends to kill you, you really do need to stand up and take notice. The simple truth is, you can’t coexist with a culture that has said it plans to destroy you.