Many parts of the world are finally waking up to the great evils of human trafficking, and are starting to take action against it – and rightly so. This nefarious trade involves the selling of people – mainly women and children – to gratify the lusts of adults.

But there is another type of human trading going on which many people actually think is just peachy. I refer to commercial surrogacy. This is all about the manufacture and selling of babies to gratify the wants of adults. In both cases human beings are treated as mere commodities, bought and sold like stocks and bonds.

Much of the world (except for many Islamic nations) has long ago renounced the slave trade, viewing it as unmitigated evil. Treating Blacks as mere objects to be bought and sold is now rightly considered to be utterly deplorable.

But in the enlightened West, many folks – especially our elites and opinion makers – think it is quite alright to create babies, then effectively market them to the highest bidder. While some countries are correctly clamping down on commercial surrogacy, some of our leaders here think we should go in the other direction. Consider this news item in today’s media:

The Chief Justice of the Family Court has called for the immediate legalisation of commercial surrogacy in Australia.
In a wide-ranging speech in Brisbane last night, Justice Diana Bryant told journalists that current laws were driving couples to enter into unethical arrangements overseas.
She said two disturbing cases of child abandonment in India and Thailand should force the Federal Government to act.
Justice Bryant said Australian women should be able to be paid to be a surrogate mother. “I personally think we should regulate and allow commercial surrogacy in Australia,” she said. “If we allow it in Australia, we then can regulate it and ensure that it’s done on ethical terms.” Justice Bryant said a national inquiry was needed.

This is just staggering. To see how bad it really is, simply substitute a few words here: “I personally think we should regulate and allow the slave trade in Australia. If we allow it in Australia, we then can regulate it and ensure that it’s done on ethical terms.” 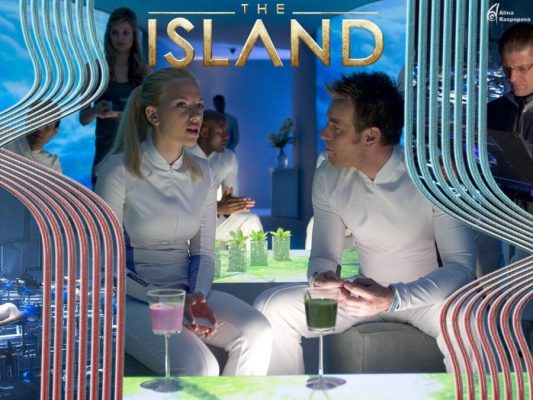 Um no, the buying and selling of babies can never be an ethical enterprise. It is always an immoral trade. It always involves treating our most vulnerable and innocent members of human society as mere objects or playthings. It always demeans and depersonalises babies, and turns them into commodities to keep adults happy.

Sorry, but there simply is no right to have a child. All couples should of course be allowed to have children, but there is no right that says a child can be had on demand by government fiat or by human craving. If adults want to demand of a car dealership a spiffy new red sports car, they can. But babies are not sports cars.

They are human beings endowed with unalienable rights. They should not be the object of barter, passed around like some second-hand IPad. They are real persons with real needs, and should never be the stuff of financial transactions. Bioethicist Christopher White puts it this way:

When commercial surrogacy met its first legal challenge in the United States, in 1988, with the infamous Baby M case in New Jersey, Chief Justice Robert Wilentz, in his unanimous opinion for the state’s supreme court, wrote: “There are, in a civilized society, some things that money cannot buy. In America, we decided long ago that merely because conduct purchased by money was ‘voluntary’ did not mean that it was good or beyond regulation and prohibition. . . . There are, in short, values that society deems more important than granting to wealth whatever it can buy, be it labor, love, or life.”

Yes exactly. While our misguided elites here want to go down the path of baby buying, other countries are waking up to the hard realities of this unethical trade and are making it illegal. The latest example is Thailand. After the baby Gammy scandal (in which a Perth couple bought a healthy baby girl from a poor Thai woman while rejecting the twin brother with Down’s syndrome), Thailand late last year outlawed commercial surrogacy.

We most certainly do not need commercial surrogacy in Australia. Indeed, we don’t need any kind of surrogacy here. And it is not just conservative males arguing this. Many others want it stopped altogether. As but one example, consider the noted Australian feminist writer and academic Renate Klein. She writes:

What have we done as a society that beautiful young women risk their lives and health and give their babies away? That people with money can commission a custom-made baby from an Indian woman their child will never know? Have we forgotten the many heartbreaking stories from adoption? Don’t we know about donor children in desperate need of finding their sperm donor? Why are we repeating these mistakes, and why are we not even talking about it?
We need to reduce the demand for surrogacy. Surrogacy is a heartless, exploitative, capitalist enterprise. There is no right to a child; children are not commodities, and surrogates are not just “suitcases” or “angels” (depending on your point of view). Infertility can be very sad but we need to also understand that many women are pushed into surrogacy because of IVF failures (more income for IVF clinics). There are so many children around who deserve love and attention – why insist on your own genes and commodify a woman in the process (even if she says it’s her “choice” or she needs the money)? Introducing commercial surrogacy in Australia is not the answer. Reducing demand for all types of surrogacy is.

As I mentioned, there is little difference between this demeaning trade and other such sordid practices like organ harvesting and selling. One international lawyer specialising in human trafficking and migrant smuggling, Anne Gallagher, says this:

International commercial surrogacy has much in common with the global trade in organs. In both cases, the bodies of poor women and men are used for the benefit of the rich. In both cases the argument is made that the poor should be given control over their bodies – to deny them the right to sell a kidney or rent out their womb is paternalism at its worst, preventing individuals from climbing out of the quagmire of poverty and disadvantage.
Governments in poor countries are often complicit in this opportunistic manipulation of what freedom and consent really mean. They adopt laws our government would never accept in the hope of developing lucrative niche markets in “fertility tourism” and “organ tourism”.

All this is the stuff of dystopian Hollywood sci-fi movies such as Gattaca or The Island. There the rich can do as they please with mere humans, resulting in societies of utter dehumanisation and depersonalisation. We are quickly moving in that direction today.

When babies become mere commodities – simply objects of monetary exchange – then the descent into barbarism is nearly complete. Then we might as well stop pretending that we are somehow a civilised society. If we will treat babies with such disregard and disrespect, then what is to stop us from treating anyone else even worse?