Some years ago I wrote a two-part article examining the biblical and theological rationale for the death penalty (DP). Since then I have also penned a two-part article looking at the secular case for it, covering philosophical, social, political and legal aspects.

However the issue keeps cropping up, and every time some very public case of capital punishment arises, there are heaps of folks – including heaps of Christians – who come out furiously decrying this, claiming it is barbaric and has no place in a civilised society. 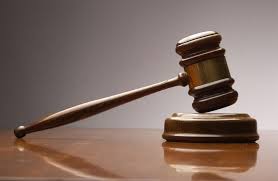 And believers will throw up all sorts of objections, seeking to take the high moral ground here, even claiming the DP is unbiblical and unChristian. But these objections are all rather weak, and can easily be dealt with biblically and theologically. Here then are some of the common objections bandied about:

We are under grace

This has got to be one of the most often heard and most unhelpful bumper sticker clichés of all. Of course we are under grace – what does that have to do with anything? Those saying this usually mean something like this: the DP is part of the Old Testament which was all about law and judgment, but the New Testament is all about grace and love.

Um, no. This is really the stuff of the old theological liberalism, seeking to pit Jesus of the NT against God of the OT. But there is absolutely no change in the character of God in the two Testaments – none whatsoever. He remains eternally the same throughout.

Those who have actually read all of Scripture will know that God is fully merciful and compassionate in the OT, and Jesus is fully a God of justice and judgment in the NT. It is impossible to read Scripture otherwise. But I deal with this in much more detail elsewhere, eg.: billmuehlenberg.com/2012/02/27/modern-day-marcionism/

And as already mentioned, the DP precedes the giving of the Mosaic Law. So even if we claim that we are no longer under law – although I believe we certainly still are under the moral law – this charge does not hold up. But I speak to this further here: billmuehlenberg.com/2012/02/01/on-loving-god%E2%80%99s-law/

David sinned greatly yet was allowed to live. How do we understand this? The simple truth is, God is of course sovereign and is free to respond as he chooses in these cases. As Wayne Grudem writes in his important volume, Politics According to the Bible (Zondervan, 2010):

But this objection merely changes the subject from the responsibility of civil government to the freedom of God to pardon whomever he wishes. Of course, God can pardon some people until the day of final judgment and execute immediate judgment on others, according to his wise purposes. He is God! In other passages he executed immediate judgment that ended people’s lives, as with the fire from heaven on Sodom and Gomorrah (Gen. 19:24-29), or the flood (Gen. 6-9), or Korah, Dathan, and Abiram (Num. 16:31-33), or Nadab and Abihu (Lev. 10:1-2), or Uzzah (2 Sam. 6:7). The simple truth is that God can pardon whom he will until the day of final judgment, and he can carry out immediate judgment on whom he will. But he is not telling us in these passages what he wants civil governments to do! He has established that clearly in Genesis 9:5-6, in Romans 13:1-7, in 1 Peter 2:13-14, and elsewhere. Where he tells us what he wants governments to do, governments should follow those teachings.

But I have written an entire article on this, looking in much more detail at the issue of King David: billmuehlenberg.com/2015/04/30/truth-and-consequences/

What about Paul and others who deserved to die?

Much of what I have said in the point above applies here. And we must keep this in mind: Paul of course fully accepted and embraced the legitimacy of the death penalty. This is made explicit in Acts 25:11: “If, however, I am guilty of doing anything deserving death, I do not refuse to die. But if the charges brought against me by these Jews are not true, no one has the right to hand me over to them. I appeal to Caesar!”

As John Jefferson Davis remarks, “It is noteworthy that Paul clearly presupposed that some crimes are in fact worthy of death, a presupposition that runs counter to modern abolitionist thinking.” And in this Paul echoed the same attitude that Jesus had, as we find in John 19:10-11: “‘Do you refuse to speak to me?’ Pilate said. ‘Don’t you realize I have power either to free you or to crucify you?’ Jesus answered, ‘You would have no power over me if it were not given to you from above. Therefore the one who handed me over to you is guilty of a greater sin’.”

Jesus does not deny the right of state executions; he simply reminds Pilate of the ultimate authority and source of this. As to others who escaped direct punishment, such as Cain and Moses, John and Paul Feinberg say this:

God himself may decide to treat the murderer with grace rather than with justice. Cain, Moses, and David are prime examples of people who deserved death but received grace instead – their lives were spared. God as the ultimate author of life and judge of his creatures can do with his grace whatever he chooses. Since grace is never owed, there can be no legitimate complaint that God was also obligated to spare the lives of others guilty of murder. They got what they deserved, but if God wants to be gracious to others like Cain, Moses and David, he has every right to do that.

The thief on the cross

Many folks appeal to the thief on the cross, believing this somehow undermines the DP. Well, I wish these folks would actually read what Scripture teaches on this. Luke 23:40-4 says this: “But the other criminal rebuked him. ‘Don’t you fear God,’ he said, ‘since you are under the same sentence? We are punished justly, for we are getting what our deeds deserve. But this man has done nothing wrong’.”

The thief was forgiven by Jesus, but he knew that he deserved his death sentence. There was no ‘get out of jail free’ mentality here. There was no expectation that now that he had repented, he could somehow escape the consequences of his actions. He rejoiced in his newfound faith, but accepted his death as being fully just.

People say the thief on the cross was a trophy of God’s grace. Sure he was, yet he rightly accepted the just consequences for his actions, and believers back then did not politicise his case nor seek to turn him into some sort of hero or martyr.

And plenty of other folks were heroes of grace, but they embraced the just consequences of their behaviour. As noted above, Paul certainly knew that if he was guilty, he deserved to die. None of these cases of amazing grace presumed that they could just avoid the consequences of their actions.

Only God can say when we live or die

Of course God is the giver and taker of life. But God has delegated authority to us, especially in the form of civil government. Thus part of when and how we die is dependent on how we behave under this God-ordained institution.

So God has in a sense told us that we can tell people when their time is up. God has ordained the DP for a fallen world, and has delegated that responsibility to us. So there is no problem with humans doing what God has assigned them to do as Romans 13 makes perfectly clear.

It is often claimed that the DP is immoral and unbiblical because if applied, then people do not have a proper chance to repent. But this objection really has no biblical merit whatsoever. The idea that we should never do anything to shorten a person’s life so that he might have more chances to hear the gospel is rather silly when you think about it for a minute.

Indeed, if this objection were true, we would then have to argue that God is really rather immoral for allowing us all to die so relatively young. Why does he not allow us all to live to be 500, or 1000, or longer? After all, we would then have even more chances to repent. Sorry, but this is the thinking of secular humanism, not biblical Christianity.

And we could extend this faulty logic, and argue that any technological breakthroughs – maybe even cloning – that allows us to live for hundreds of years should be embraced and supported. But God is in charge of our years on earth. He determines the times and the seasons, and he is in charge of our beginning and our end. And part of this is determined by his provisions for the death penalty.

Moreover, it is not the DP that sends people to hell. As Norman Geisler writes:

It is not capital punishment that sends people to hell; their unbelief does (John 3:36). If capital punishment is wrong because unbelievers end in hell as a result, then it could also be argued that capital punishment is right because it sends believers to heaven. Should it then be given only to Christian murderers? If anything, knowing the sure moment of one’s approaching death should be an incentive to belief. It certainly eliminates procrastination and encourages sober thinking about life after death.

Other common objections can be raised here. But most of them I have carefully discussed elsewhere. For example, what about the woman caught in adultery? See here: billmuehlenberg.com/2011/05/03/difficult-bible-passages-john-753-811/

Or what about the “seamless garment” or so-called “consistent ethic of life” argument – i.e., the idea that those who are pro-life on abortion must oppose all forms of killing? That too I have discussed often elsewhere, eg: billmuehlenberg.com/2015/02/21/difficult-bible-passages-james-213/

Suffice it to say that hopefully this three-part article, along with the 17 other articles I have written on this topic, should make it fairly clear that the DP is morally licit, and ordained by God. Sure, how various national governments work it out today in practice requires much careful thought, reflection and application.

But the argument that the Christian cannot support the DP simply does not stand, based on the biblical and theological evidence presented here.

12 Replies to “On Capital Punishment, Part 3”