Since we do not have the original manuscripts of the New Testament (the autographs), we must rely on copies of it, and we must determine which copies are closest to the original and most accurate and reliable. This is the biblical science of textual criticism. As there are variants (small differences) in many of the existing copies of the NT, these copies must be carefully compared, examined and assessed.

Textual critics seek to study the variants and come up with a “critical text” – something which best approaches the original text by dealing with the variants. Because we have an abundance of manuscript copies (nearly 6000 partial and complete portions of the NT), we can reliably construct the original. 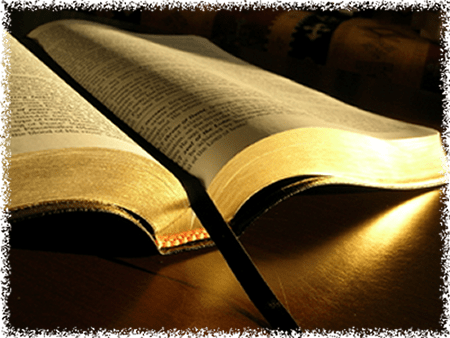 They continue: By textual criticism “scholars attempt to seek and eliminate errors by using plausible explanations for emendations that have crept into the text.” Or as Lee Martin McDonald put it more recently, “The primary goal of textual criticism is to establish the original wording of the text insofar as that is possible.”

Thus textual criticism is concerned with the original languages (Hebrew, Greek, etc) and not the various translations into other languages. The Greek text which underlies most modern translations is currently published as the United Bible Societies’ Greek New Testament, 4th edition and the quite similar Nestle-Aland Novum Testamentum Graece, 27th edition.

All this is obviously important for many reasons. For one, when we speak of the Bible as being authoritative and inerrant, we are of course only referring to the original text. English – or other language – translations are not inerrant. Thus by seeking to get as close as we can to what the originals were like, we can have even greater confidence in the Bibles we now possess in our own tongues.

And we need to be reminded of just how good these Bibles are in terms of reliability. For example, critics will make much of the known variants or differences found in the thousands of manuscripts we do possess (ranging from the second to the fifteenth century). But the overwhelming number of these variants are very minor indeed, and do not adversely impact upon any major doctrines.

As paleographer and textual critic Frederic Kenyon once put it, “The Christian can take the whole Bible in his hand and say without fear or hesitation that he holds in it the true Word of God, handed down without essential loss from generation to generation throughout the centuries.”

This whole topic is huge and entire libraries have been penned on it. Let me offer a few basic principles, and then look at one reason why all this is so crucial for believers. Aland and Aland (The Text of the New Testament, Eerdmans, 1995) offer “Twelve Basic Rules for NT Textual Criticism”. Here are the first four:

-Only one reading can be original, however many variant readings there may be.
-Only the readings which best satisfies the requirements of both external and internal criteria can be original.
-Criticism of the text must always begin from the evidence of the manuscript tradition and only afterward turn to a consideration of internal criteria.
-Internal criteria (the context of the passage, its style and vocabulary, the theological environment of the author, etc.) can never be the sole basis for a critical decision, especially when they stand in opposition to the external evidence.

In a somewhat different listing, Gleason Archer looks at the internal and external evidence and says priority should be given in the following order (in simplified fashion):

Suffice it to say that since textual criticism is both a science and an art, there are differences amongst scholars about many aspects of this. But the point remains that since most of us are not privy to the original languages, and none of us have access to the originals, we must rely on the expertise of these scholars to provide us with translations which come as close as possible to those non-extant originals.

If we can master the original languages, so much the better. But given that most of us are not in that place, this is where we make use of the help of others as they seek to get us as close as possible to the original texts of the original authors.

This far too sketchy outline is only meant to whet your appetite. See the bibliography I provide below for helpful books that look at all this in great detail. But the reason I raise this is because of a comment that just came my way. It has to do with a piece I did on Mark 16:17-18. billmuehlenberg.com/2012/06/02/difficult-bible-passages-mark-1617-18/

In it I noted the simple truth that the long ending of Mark 16 (vv. 9-20) may not be a part of Mark’s original gospel. I spent five paragraphs discussing this before moving on to the passage in question. Yet for my efforts I got this comment sent to me:

“Perhaps most importantly, these verses are not even in the best New Testament manuscripts”
That’s a major red flag to me, stopped reading there. I agree that picking up snakes like that is putting God to the test, but how could God have given us the wrong Bible for some 1900+ years? Beware of taking away from Scripture, brother.

Um, as would hopefully be clear by now, I of course was doing no such thing, nor did God. I did not ‘take away from Scripture’ and God did not give us a ‘wrong Bible’. As I stated in my article, NT scholars have debated just where the book of Mark ends: whether at v. 8, or with a longer ending (vv. 9-20), or elsewhere.

And as any Bible worth its salt will note – at least in a marginal note – there are legitimate reasons to not see this portion of Scripture as part of the original Marcan text. The RSV marginal note for example says this:

Mark 16:20 Some of the most ancient authorities bring the book to a close at the end of verse 8. One authority concludes the book by adding after verse 8 the following: But they reported briefly to Peter and those with him all that they had been told. And after this, Jesus himself sent out by means of them, from east to west, the sacred and imperishable proclamation of eternal salvation. Other authorities include the preceding passage and continue with verses 9–20. In most authorities verses 9–20 follow immediately after verse 8; a few authorities insert additional material after verse 14.

The NIV marginal note is similar:

Mark 16:8 Some manuscripts have the following ending between verses 8 and 9, and one manuscript has it after verse 8 (omitting verses 9-20): Then they quickly reported all these instructions to those around Peter. After this, Jesus himself also sent out through them from east to west the sacred and imperishable proclamation of eternal salvation. Amen.

Mark 16:9 Some manuscripts end the book with 16:8; others include verses 9–20 immediately after verse 8. At least one manuscript inserts additional material after verse 14; some manuscripts include after verse 8 the following: But they reported briefly to Peter and those with him all that they had been told. And after this, Jesus himself sent out by means of them, from east to west, the sacred and imperishable proclamation of eternal salvation. These manuscripts then continue with verses 9–20

Most Bibles include this portion of Mark, along with the explanatory note. And almost all good critical commentaries will discuss this issue at length as well. So I did not take away anything from the Bible! But this person seems rather ignorant about the very basics of Bible translation, questions of canon, and textual criticism. Thus this article.

And of course it likely raises more questions than it answers. Much more needs to be said about these matters, even in an introductory fashion. But I discuss it here so that we might have a slightly better understanding of the Bibles we possess, how they came to be, and why they are the way they are.

As I say, much has been written about these complex issues, so the short listing I provide below will be of real help to anyone who wants to take these matters further:

9 Replies to “On Textual Criticism”