Actually my title is not quite accurate. While I will speak of two folks – and two ideologies – only one is a terrorist, while the other has been declared to be a terrorist by the Australian government. I refer to a political ideology that feeds on bloodshed and terror, while the other is one which seeks to protect the innocent.

Several incidents occurred this weekend which highlight and demonstrate all this quite pointedly. The ideology of Islam was again at work in Australia, with more people gunned down in cold blood on our streets by Muslim jihadists, and a Muslim conference calling for more of the same.

Also occurring was the detaining and deportation of a peaceful prolife speaker from America. While Troy Newman may be home by now, Muslim hotheads are allowed to enter this country at will it seems, or at least have their hate-filled ideology proclaimed publically with no government reprisals.

So a series of talks by Newman to stand up for our most vulnerable and innocent was crushed by a clueless and morally stunted government that was happy to listen to the lies of a few pro-aborts. The cause of life and love was declared to be too risky by this government, and the protection of the unborn deemed to be something which could not be countenanced. 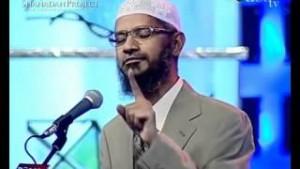 So while our ruling elites were banning baby-savers, they did nothing to prevent a conference of radical Muslims from taking place this same weekend, nor were they fully on top of yet another Islamic jihad attack. As to the conference, here is how one news report described it:

An extremist Muslim group are holding workshops at Melbourne’s Deakin University this weekend based on the teachings of Islamic scholars who have recommended the death penalty for homosexuals and apostates, promoted terrorism and preached hatred of Jews and Christians and violence against women.
The Islamic Research and Educational Academy, which earlier this year held a conference at which children as young as five were encouraged to dress up as radical clerics and read controversial sermons and passages from the Koran, has sent text messages to supporters advertising the da’wah workshops as being based on the teachings of “legendary” scholars Zakir Naik and Ahmed Deedat.
Dubbed “The Art of Da’wah” and hosted by the ultraconservative Salafist organisation’s president Waseem Razvi, the workshops, to be held at Deakin’s Burwood campus, promise to use the teachings of Dr Naik and Sheik Deedat to help attendees “learn the art and gain the confidence to talk about Islam to anyone, anywhere and at any time”.
In Islamic theology, the purpose of da’wah is to invite Muslims and non-Muslims to understand the worship of Allah.
Indian “televangelist” Dr Naik has been banned from countries including Britain, Canada and parts of India for his rhetorical support for terrorist leader Osama bin Laden.
He has recommended capital punishment for homosexuals and apostates and has been quoted saying “every Muslim should be a terrorist” and asserting men’s “rights” to beat their wives, as long as they do it lightly, so as not to leave a mark.
Sheik Deedat, who died in 2005, was a South African Muslim missionary of Indian descent whose books have been banned from sale in France since 1994 for being “violently anti-Western, anti-Semitic and inciting to racial hate.”
His da’wah centre was heavily financed by the bin Laden family and Deedat praised Osama bin Laden after meeting him. Deakin corporate communications director Sarah Dolan yesterday said there were no clear grounds to cancel the event at the last minute.

Um, so there you go: our taxpayer funded universities are quite happy to allow jihadist conferences to take place, and the government seems absolutely fine with all that as well. Murder Australian infidels? Smash freedom and democracy? Hey, no problem. After all, we don’t want to offend any Muslims now do we?

We don’t want to be Islamophobic of course. But we will do everything in our power to prevent a Christian who cares about babies to come to our shores and speak about the worth and value of the unborn. That is something we will just not countenance.

As to Naik, we have long known all about him. I have written articles on him over the years, and if I know something about him, surely the Australian government should as well. Yet it is all sweetness and light it seems for our governing authorities and our universities to allow and help sponsor (by the use of facilities, etc) the ideas of these Islamic haters and hotheads to be heard.

But certainly not the ideas of that dangerous American who thinks we should actually save babies, not slaughter them and sell their body parts to the highest bidder! The contrast between one conference happily allowed to go ahead by our government, and a series of conferences declared to be too dangerous and risky, could not be any greater.

And as if all this were not bad enough, we had yet another terror attack on Australian streets. A fifteen year-old no less, right after a visit to a local mosque, gunned down an innocent father and husband. Um, is the government monitoring any of these mosques? Is it aware of what is being taught in so many Islamic centres, bookshops, and so on?

It seems to know everything about those really evil prolife Christians, but seems clueless about home-grown and imported jihadists. Fortunately I am not alone in outrage over this. Larry Pickering has just written on our Muslim problem.

He certainly pulls no punches here, and is mad as hell about how screwed up, reckless and clueless our government is when it comes to terror on our own terra firma. He is worth quoting at length. He begins:

A 15 year old Muslim kid commits an act of terrorism and murders a police employee. PM Turnbull said, “We must never blame Muslims for a tiny minority”. That’s polispeak for, “Please allow me to appease you further.” Bill Shorten aped Turnbull’s comments, protecting his critical, welfare-funded, Muslim electorates. Prior to his assassination PM Abbott said, “Muslim leaders should mean what they say”. That’s polispeak for, “You Muslims are a bunch of fornicating liars”.
But the word had already gone underground in the media, “Let’s agree to call this act a politically motivated event”. This is really forehead-slapping stuff. WTF do these galahs in government think is going on? How many poor little “radicalised” Muslims do we need to try to detect and “de-radicalise” when it’s the big Muslims in the mosques and book stores who are sending them off to kill us quicker than we can keep up!
The authorities admit these youths are not and never have been on their radar. When will they wake up that it is the big Muslims’ intention that they remain undetected until after they kill Australians. This Parliament is the weakest in living memory.
It has no intention to stand and protect its people from Islamic violence. It has no intention to stop the proliferation of mosques which are at the very root of this evil. It refuses to close the Islamic book stores where Muslim youths are trained in the techniques of killing Australians. Our current Parliament will not stop, nor even stem, Muslim immigration which means the problem will only increase.
Abbott was right… Muslims cannot be trusted! When he agreed to take 12,000 refugees prior to being knifed, he was targeting persecuted Christians wasting away in camps, not the well heeled streaming north to Europe. Bishop and Turnbull will now adopt the UNHCR demand that we not discriminate against Islam, so we can look forward to a constant stream of these “politically motivated events” in future.

Couldn’t have said it better myself. He concludes:

Illegal firearms are stored in mosques where police are unable to search. Firebrand Muslim clerics preach in mosques where suitably dumb kids are taken aside and groomed in rooms attached to the main prayer area where women are not allowed because they might complain that their kids are being sent on suicidal errands. This is secret big Muslim men’s business.
Muslims build their own schools, heavily subsidised by Australian taxpayers and halal certification receipts, where kids cannot be sullied by Western principles. They have no intention to assimilate with us… that would be in direct contravention of their Islamic faith!
This 15 year-old Iraqi/Iranian kid came directly from a mosque where he was given a handgun to make his kill, yet our Parliamentary fools expect us to believe he was privately radicalised as a “lone wolf” on his laptop! Meanwhile our embarrassed security Agencies’ resources are flat out trying to detect why they had no inkling of this kid or his intentions.
Bishop and Turnbull have today given notice of reaching out to further embrace Muslim communities in the hope they will dob in their radicalised youths … and that’s exactly the level of intelligent thinking that pervades our Parliament.

We really do seem to have fools for leaders, in the full biblical sense of the word. They are certainly moral midgets who have no understanding of basic right and wrong. They ban peaceful prolifers whose only crime is to believe we should not slaughter babies, yet welcome with open arms a political ideology bent on our destruction.

Now that is a really bad case of a major mental and moral meltdown.

6 Replies to “A Tale of Two Terrorists”