I don’t mean to pick on Josie Cunningham. She is simply representative of a dying culture. Indeed, what she has done is no worse than what millions of others have done. And it is the hypocrisy and double standards of the media in particular and our godless culture in general that I wish to especially highlight here.

Indeed, she has been at this for a while now, and last year I also wrote a piece on her: billmuehlenberg.com/2014/04/25/celebrity-baby-killers-and-the-decline-of-western-culture/ 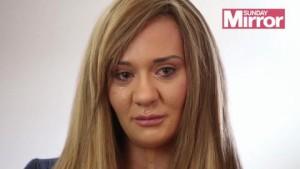 I began that story with these words: “The decline of a culture can take place by means of a billion small steps. Individually such things may not seem like much, but taken together, they can be overwhelmingly devastating. The cumulative results of a people rejecting God and moral absolutes always takes its toll.”

Well, it seems Josie – and our culture at large – is at it again. Here is how one news report discusses her latest outrageous antics:

NHS boob job scrounger Josie Cunningham has revealed she aborted her baby so she could have a £7,000 nose job. The 25-year-old, who already has three children, said she wants to have the surgery so she can achieve her ‘dream’ of being a porn and glamour model. She made the decision after several doctors told her they would not carry out the nose job while she was pregnant.
Miss Cunningham told Gemma Aldridge at the Sunday People: ‘I’d had the boobs done, I had the body, but I realised that to be really successful in the adult industry I needed the face too. ‘People can hate me – but the pregnancy was going to ruin my chance of finally making it.
‘Next year I’ll be posing for glamour shots instead of nine months pregnant lying on the sofa with fat ankles. That’s my decision and no one else’s.’ Social media users have since slammed Miss Cunningham for the decision.
One user, known just as B, wrote on Twitter: ‘Josie Cunningham just gets worse and worse. Vile human.’ Another called BimBirdy said: ‘This woman is beyond vile!’ And Jaye Phull added: ‘Can Josie Cunningham stoop any lower??’
Miss Cunningham, who has launched a dating site for women who want to get pregnant, was branded the most hated woman in Britain after shamelessly bragging about having £4,800 breast implants on the NHS.
The near £5,000 operation was given the green light after she convinced NHS chiefs that her life was being made a misery by her 32A breasts, claiming she was bullied over their size.
Routine scandal – including claiming Botox on the NHS and forcing her local council to fork out £6,000 to taxi her children to school – has since made her a regular in glossy magazines and newspapers.
She also sold tickets that would have allowed viewers to watch her give birth to her third child in October for a total of £30,000. She cancelled the show after finding out the baby was a girl.

Another article adds some more gory details to an already shocking story:

“Anyone who criticises me for putting my looks ahead of an unborn child has no right until they’re the ones putting food on the table for my kids. I don’t care what anyone thinks. My body, my decision.”
Cunningham, who has worked as an escort, added: “It’s not like I planned this. I was seeing someone I liked and got a bit brutal in the bedroom. We did use a condom, but it split.
“I was meant to take the morning after pill but I had a photoshoot the following morning and didn’t get a chance to run into a pharmacy. I thought I was safe and sometimes you have to put your career first.”

This is one messed up woman – no question about it. But as I say, there are millions of other messed up folks doing equally appalling things. But here I want to point out two glaring issues. First, just why are folks so outraged at all this behaviour?

The truth is, the West is overrun with greedy, selfish and irrational people looking after their own interests. What Josie is doing is simply to fully live out the spirit of the age – the belief that we are always to look after Number One and that nothing else really means beans.

We have had this drilled into our heads for decades now. Indeed, the case can be made that such a worldview of selfishness began when the first couple listened to the serpent in the garden; things have been going downhill ever since.

We have rejected God and the moral world of God, which is about putting others first and self last, and we now celebrate and promote all things about me, myself and I. This is the mindset of contemporary culture, and has always been the underlying current of unregenerate mankind.

So we really should not be surprised that folks like Josie are so bold and brazen in what they do and think – she is simply proudly carrying on like the rest of culture. She at least admits to putting herself and her career first, but other than that, how does she really differ from millions of other folks?

After all, we have been told incessantly by the media and our culture that abortion means nothing – it is a mere medical procedure not unlike having your fingernails clipped. No one I know of gets bent out of shape over clipped fingernails, so why take umbrage at clipped babies?

This is not really a baby – or so we are told – this is just a clump of cells. No reason to express outrage when an inconvenient blob of tissue is removed. This is the world’s narrative on baby killing: it is all about a woman’s right to choose, and choosing to dispose of this bit of nothing in the womb is every woman’s right.

And I bet every single tabloid and social commentator and man on the street who expresses outrage over what Josie has done with her baby takes the same view about the unborn. So again, why the outrage and indignation here? What is so shameless about this?

If the unborn child is no different than an unwanted fingernail, then there is nothing shameless happening at all. So we can all go back about our business. Nothing to see here. Nothing to get excited about. If, however, this is a human being made in the image of God with all the fundamental human rights as anyone else, then yes, of course, this was a shameless and outrageous act.

We of course can and must pray for young Josie. Is she incredibly selfish, misguided and screwed up? Absolutely. But so too are all of us, before we get our lives transformed by an encounter with the living Christ. Pray that Josie and so many others like her meet up with Jesus and have this life-changing experience.

That is Josie’s only real hope. That is the only real hope for a decadent and decaying West which brought about the very conditions which created people like Josie in the first place. Josie is simply blinded here, as is the culture around her.

We who have sight are called to take these people by the hand and lead them out of the blindness, stench and stagnation they are in. That is our mission. So instead of cursing the darkness, we need, more than ever to light a candle. As Archbishop Fulton J. Sheen once put it:

It is a characteristic of any decaying civilization that the great masses of the people are unaware of the tragedy. Humanity in a crisis is generally insensitive to the gravity of the times in which it lives. Men do not want to believe their own times are wicked, partly because they have no standard outside of themselves by which to measure their times. If there is no fixed concept of justice, how shall men know it is violated? Only those who live by faith really know what is happening in the world; the great masses without faith are unconscious of the destructive processes going on, because they have lost the vision of the heights from which they have fallen.

Pray for Josie and a dying culture. Perhaps God will have mercy on both.

5 Replies to “Baby Killing, Career Advancement, and a Terminal Culture”