While most folks know about C. S. Lewis, not as many know about Lesslie Newbigin. Both men thought long and hard about Christianity and culture, and both are well worth quoting from here. Since Newbigin may need a bit of an introduction, let me do that first.

Newbigin (1909 – 1998), was a British missiologist, theologian and writer, with four decades of missionary experience in India. He penned a number of important volumes on the issues of gospel and culture. He was especially concerned in his later years with the missionary enterprise to Western culture. 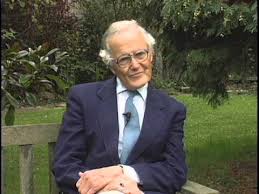 Upon returning from India in 1974 he saw how much more secularised the West had become. He noted how a new paganism was descending on the West, but a different sort of paganism from that which the early church had to deal with.

In his 1986 volume Foolishness to the Greeks he wrote about this period of secularisation. He quotes W. E. Gladstone from a century and a half earlier who warned about how the faith in the West might proceed. He then says this:

What Gladstone foretold is essentially what has been happening during the 140 years since he wrote those words. The result is not, as we once imagined, a secular society. It is a pagan society, and its paganism, having been born out of the rejection of Christianity, is far more resistant to the gospel than the pre-Christian paganism with which cross cultural missions have been familiar. Here, surely, is the most challenging missionary frontier of our time.

A good friend of mine mentioned a quote from Newbigin along these lines which I have not yet been able to track down, but it had to do with how the difference between the pre-Christian paganism and the post-Christian paganism compared to that between a virgin and a divorcee.

While I will continue to try to hunt down that particular phraseology, I did find some words to this effect by C. S. Lewis in his “Inaugural Lecture from The Chair of Mediaeval and Renaissance Literature at Cambridge University, 1954”. In it he said:

The christening of Europe seemed to all our ancestors, whether they welcomed it themselves as Christians, or, like Gibbon, deplored it as humanistic unbelievers, a unique, irreversible event. But we have seen the opposite process. Of course the un-christening of Europe in our time is not quite complete; neither was her christening in the Dark Ages. But roughly speaking we may say that whereas all history was for our ancestors divided into two periods, the pre-Christian and the Christian, and two only, for us it falls into three-the pre-Christian, the Christian, and what may reasonably be called the post-Christian. This surely must make a momentous difference. I am not here considering either the christening or the un-christening from a theological point of view. I am considering them simply as cultural changes. When I do that, it appears to me that the second change is even more radical than the first. Christians and Pagans had much more in common with each other than either has with a post-Christian. The gap between those who worship different gods is not so wide as that between those who worship and those who do not.

Lewis went on to say this:

Thirdly, there is the great religious change which I have had to mention before: the un-christening. Of course there were lots of sceptics in Jane Austen’s time and long before, as there are lots of Christians now. But the presumption has changed. In her days some kind and degree of religious belief and practice were the norm: now, though I would gladly believe that both kind and degree have improved, they are the exception. I have already argued that this change surpasses that which Europe underwent at its conversion. It is hard to have patience with those Jeremiahs, in Press or pulpit, who warn us that we are “relapsing into Paganism”. It might be rather fun if we were. It would be pleasant to see some future Prime Minister trying to kill a large and lively milk-white bull in Westminster Hall. But we shan’t. What lurks behind such idle prophecies, if they are anything but careless language, is the false idea that the historical process allows mere reversal; that Europe can come out of Christianity “by the same door as in she went” and find herself back where she was. It is not what happens. A post-Christian man is not a Pagan; you might as well think that a married woman recovers her virginity by divorce. The post-Christian is cut off from the Christian past and therefore doubly from the Pagan past.

In his books penned upon his return to the West Newbigin grappled with all this in some detail. He urged us to recall the mission of the church in such shifting times. He reminded us of the core calling of Christians in the newly repaganised age we live in. As he wrote in Foolishness to the Greeks:

The church is the bearer to all the nations of a gospel that announces the kingdom, the reign, and the sovereignty of God. It calls men and women to repent of their false loyalty to other powers, to become believers in the one true sovereignty, and so to become corporately a sign, instrument, and foretaste of that sovereignty of the one true and living God over all nature, all nations, and all human lives. It is not meant to call men and women out of the world into a safe religious enclave but to call them out in order to send them back as agents of God’s king-ship.

And the church also has a very public role to play in being salt and light:

The church today cannot without guilt absolve itself from the responsibility, where it sees the possibility, of seeking to shape the public life of nations and the global ordering of industry and commerce in the light of the Christian faith. Even where the church is a tiny minority with no political power, it has the duty to address the governing authority of the civil community with the word of God.

A merely privatised faith will not do:

A private religion of personal salvation that did not challenge the public ideology was perfectly safe under Roman law, as it is safe under ours. On these terms the church of the first three centuries could have flourished under the rule of Caesar precisely as this kind of evangelicalism flourishes under protection of our kind of society. But the authentic gospel cannot accept this kind of relegation… To make disciples is to call and equip men and women to be signs and agents of God’s justice in all human affairs. An evangelism that invites people to accept the name of Christ but fails to call them to this real encounter must be rejected as false.

And this from his 1989 volume, The Gospel in a Pluralist Society:

“Christian affirmation in this country cannot mean simply the affirmation of a way of personal salvation for the individual. It must mean this, and no less than this. To call men and women into discipleship of Jesus Christ is and must always be central in the life of the Church. But we must be clear about what discipleship will mean. It cannot mean that one accepts the lordship of Christ as governing personal and domestic life, and the life of the Church, while another sovereignty is acknowledged for the public life of society. It cannot mean that the Church is seen as a voluntary society of individuals who have decided to follow Jesus in their personal lives, a society which does not challenge the assumptions which govern the worlds of politics, economics, education, and culture. The model for all Christian discipleship is given once and for all in the ministry of Jesus. His ministry entailed the calling of individual men and women to personal and costly discipleship, but at the same time it challenged the principalities and powers, the ruler of this world, and the cross was the price paid for that challenge. Christian discipleship today cannot mean less than that.

His closing words from this chapter are well worth hearing:

The Church is an entity which has outlasted many states, nations, and empires, and it will outlast those that exist today. The Church is nothing other than that movement launched into the public life of the world by its sovereign Lord to continue that which he came to do until it is finished in his return in glory. It has his promise that the gates of hell shall not prevail against it. In spite of the crimes, blunders, compromises, and errors by which its story has been stained and is stained to this day, the Church is the great reality in comparison with which nations and empires and civilizations are passing phenomena. The Church can never settle down to being a voluntary society concerned merely with private and domestic affairs. It is bound to challenge in the name of the one Lord all the powers, ideologies, myths, assumptions, and worldviews which do not acknowledge him as Lord. If that involves conflict, trouble, and rejection, then we have the example of Jesus before us and his reminder that a servant is not greater than his master.

Wise words which we must embrace today if we want to see the Christian faith once again having an impact on the surrounding culture. The new paganism is even more difficult to deal with than the old, and we need all the wisdom and strength from above to break through to it, so that we might lead forth the captives out of it.

9 Replies to “Newbigin, Lewis, Paganism, and the Mission of the Church”