The ninth World Congress of Families conference is now underway. The four-day conference is being held in Salt Lake City this year, and it may well be one of the largest, with some 4000 delegates. It has only been on one day so far but already it is clearly a major success, and I look forward to the remainder of this strategic conference. 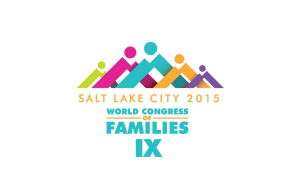 Of course as to be expected, the usual suspects have come out claiming this is a “hate group” peddling bigotry, hate and intolerance. Dr. Janice Shaw Crouse, executive director of WCF IX talked to LifeSiteNews about this accusation:

LSN: The Southern Poverty Law Center labels the WCF a “hate group.”
CROUSE: Our staff spent weeks examining every single accusation thrown at the WCF movement by the Southern Poverty Law Center and Human Rights Campaign. The result is a nearly 30-page document where every single accusation is answered with facts and the truth. None of the accusations against us stands under scrutiny….
LSN: What is the World Congress of Families?
CROUSE: We are scholars, researchers, religious leaders from many different faiths. We are local, national, and international advocates for life, marriage, and family. We are legislators, professionals, and lay people from numerous nations who recognize that the family is under attack as never before.
LSN: Under attack?
CROUSE: The family is under attack from internal forces, such as divorce, cohabitation, decline in marriage, promiscuity, abuse and violence, addictions, pornography – and the list goes on and on. The family is also under attack from outside forces, such as cultural coarsening, anti-family entertainment and rhetoric, sex trafficking and sexual exploitation, and extremists who want to shut down religious freedom and redefine marriage and family.
Our purpose is to expand each other’s knowledge of the research findings, network among peers, strengthen our colleagues’ efforts, and build new friendships among like-minded people from around the world.
LSN: “Like-minded” people?
CROUSE: Though we differ in many different aspects of beliefs, theology, and ideology, we agree on the importance of the natural family as the foundation of society. We recognize that the best place for sexual activity is between a husband and wife, and we believe that is by God’s design. We support the scientific evidence that the best place for raising children is in a mom-and-dad married-couple family and that all children deserve to have, and need, a mother and a father.
Obviously, we recognize that the ideal of a mom-and-dad married couple family is not always possible. Death comes to us all at some point. Some couples must adopt to have children. All families have problems, and none are perfect, but love, respect, repentance when wrong, and a willingness to forgive and be committed can make relationships that fulfill the human need for unconditional love and acceptance.

The WCF is based on the natural family, which it defines this way on its website:

The natural family is the fundamental social unit, inscribed in human nature, and centered around the voluntary union of a man and a woman in a lifelong covenant of marriage for the purposes of:
satisfying the longings of the human heart to give and receive love;
welcoming and ensuring the full physical and emotional development of children;
sharing a home that serves as the center for social, educational, economic, and spiritual life;
building strong bonds among the generations to pass on a way of life that has transcendent meaning; and
extending a hand of compassion to individuals and households whose circumstances fall short of these ideals.

The objectives of the WCF are stated as follows:

The four primary objectives of the World Congress of Families flow from the definition of the “natural family” and its belief that the “natural family” is a prerequisite for a sustainable and free society. They are:
To articulate and promote a morally sound natural family worldview that can serve as a reliable guide to culture, law, and public policy.
To encourage primary research on natural family themes.
To provide open communication between scientific research on the family and grassroots interest and religiously motivated engagement on family issues.
To rally an effective global voice in favor of the natural family that will counter the destructive elements within the emerging international “post-family” culture.

This the ninth international conference. Previous conferences have been held at:

While only one day is now done, with three to go, it has already been a life-changing experience. Simply to be with thousands of other like-minded folks who cherish life and family has got to be an encouraging and stimulating exercise. Plenty of expert speakers cover all aspects of marriage and family, with so much useful information, strategies and insights.

BTW, a minor highlight for me, and a number of others, was a concurrent session by historical impersonator John Chalberg on “The Best of G.K. Chesterton”. Great to hear so many familiar portions of his writings. It was very well done, and reminded me of why I like GKC so much! You can see him in action elsewhere in this brief video: www.youtube.com/watch?v=6Aqt9RUnlD4

I am greatly enjoying this conference. It has been very professionally done, and all those involved in making it such an invaluable conference deserve a great vote of thanks. I can’t wait for day two! And for those who might like to join in on the next WCF, it will be held in Tbilisi, Georgia next year. I hope to see you there!