Christians the world over say they want to be like Jesus. But do they really? Sometimes I have to wonder – at least about Western Christians. They seem to be so very selective about what they read and emphasise in Scripture. Picking some bits and leaving out other bits – cafeteria style – seems to be how so many Western believers operate nowadays.

Consider the issue of money and wealth. The Bible from cover to cover warns about riches, and Jesus himself spoke about this matter constantly. It was one of the chief issues he spoke about, yet most Western Christians act as if he never said a word on this subject.

When Jesus spoke about the “deceitfulness of wealth” (Matthew 13:22) he actually meant it. Wealth can so very easily deceive us and entangle us. When Jesus said “Woe to you who are rich” (Luke 6:24) he was not joking – he was deadly serious. 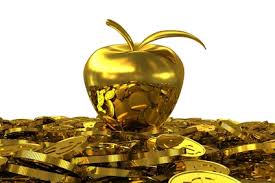 When Jesus told the rich young ruler, “Go, sell everything you have and give to the poor, and you will have treasure in heaven” (Mark 10:21) he was not making a mere suggestion. He was being honest and forthright with the ruler. And his words apply to all of us as well.

As I have written so often before, riches are a blessing of God – if used for his Kingdom purposes. But they become a curse of God if consumed on our own selfish lusts. Working hard, making wealth, and saving – these are all perfectly good things. But what we do with that money is quite another matter.

Individual Christians must ever be scrupulous in money matters. The “love of money is a root of all evil” (1 Timothy 6:10), and far too many Christians love money – it is that simple. So we must be very cautious here. But so too must all churches, Christian ministries, leaders and pastors.

Every church must be open and transparent about money matters, and must be fully accountable. If not, trouble is bound to happen. And we see this occurring far too often. One financial scandal after another rocks the church, and we drag the name of our Lord in the mud every time it happens.

I was just in Singapore when this once again took place. The front page headline appeared for all the world to see. What a damning indictment on a major evangelical church. Six leaders were sentenced to from 21 months to eight years in prison.

Financial mismanagement and various sorts of shady dealings and misleading practices were the findings of the court. How this can happen when we have one warning after another in Scripture is just mind-boggling. Consider what Jesus said in Luke 16:10-12:

“Whoever can be trusted with very little can also be trusted with much, and whoever is dishonest with very little will also be dishonest with much. So if you have not been trustworthy in handling worldly wealth, who will trust you with true riches? And if you have not been trustworthy with someone else’s property, who will give you property of your own?”

It seems that the court has declared that these church leaders have been found guilty of ‘not being trustworthy with someone else’s property’ – in this case the finances of the church given by church members. How could this have happened? Why was there no openness and accountability?

How was such a culture of hyper-wealth and dodgy dealings allowed to develop here? Do the teachings of Jesus mean so little to the hyper-rich churches of the West? When someone wanted to get money for a spiritual gift, Peter forcefully answered: “May your money perish with you, because you thought you could buy the gift of God with money!” (Acts 8:20).

Those who deal in the work of the Lord should know better. But it seems plenty of Christians are just as greedy for wealth and the good life as are pagans. No wonder no one is interested in our faith when we are just as covetous, money-hungry and materialistic as the worldlings are.

As it happened, while I was in Singapore, I was given a tour of the wealthiest part of town. There the mega-mansion of the pastor who had just been given eight years in jail was pointed out to me – an incredible seaside luxury resort. When I expressed my incredulity about this, I was told that some folks in the church had given it to him.

So is that good enough? Live like a Hollywood celeb in a world of need because some church folks insist you live there? Sorry, but even though I will never be in this position, if I were, I would have said this: “Thanks very much for the kind offer, but if you really insist that I receive this mansion, then allow me to do with it as I feel led to. Let me sell it, and use the multi-millions to feed masses of starving Africans for a number of years. That would be far better stewardship.”

Indeed, an Indian-Australian friend just told me of a story he heard when he was in Indonesia. An Indonesian pastor had a similar thing happen to him. One day when he was out a millionaire from his church stopped by and gave the pastor’s wife the keys to a very fancy and very expensive car.

When the pastor came home, he asked his wife what was going on. He said, ‘I cannot receive this car. Most of my church members do not even have a car – how can I own this fancy car when they are in so much need?’ Now that is the attitude of a genuine shepherd of the flock of God.

We have been utterly deceived by riches in the West, and the church is as full of greedy, self-centred idolaters as is the world. This is utterly shameful. I for one am glad God is bringing a real shaking and sifting to the churches. It is time to weed out those who do not have Jesus Christ as their one and sole love.

All the worldly, carnal and compromised believers will be shown up for who they really are. And God does not mind in the least using worldly law courts to help make all this happen. And of course it is not just Singaporean churches that can be mentioned here. Consider this news item, in which an Australian church leader has also been shamed by the secular courts:

Hillsong Church founder Brian Houston failed to tell police his father was a self-confessed child abuser and had a clear conflict of interest in dealing with the sex claims himself, an inquiry has found. The high profile pastor gave evidence to the Royal Commission into the Institutional Responses to Child Sexual Abuse in October last year.
In a report released on Monday, the commissioners found that Mr Houston and the church’s executive team failed the victim, known as AHA, who was molested by Frank Houston for a number of years from the age of seven.
When the allegations surfaced almost 30 years later in 1999, Mr Houston confronted his father, who admitted abusing AHA. The commissioners found that Brian Houston, then national president of the Assemblies of God in Australia, did not inform authorities.

In both of these cases God has allowed the world to pass judgment, since most Christians it seems prefer to keep silent. This my friends ought not to be. Peter made it absolutely clear that judgment must begin with the household of God (1 Peter 4:17).

Many have said about both cases that we must be forgiving, show mercy, and not condemn. Sure, but that is by no means the end of the matter. We must always remember that God has gifted us with various institutions to deal with life in this world.

The church deals with sin, forgiveness and mercy (where applicable – but church discipline and rebuke are also vital), while the state deals with justice, crime, and punishment. Both institutions have been ordained by God and both have a crucial role to play in a fallen world.

We may choose to forgive a wayward church leader. But that does not mean the state no longer has responsibilities in these cases. When criminal activities have taken place, then the churches just cannot cover things up, and pretend that a bit of forgiveness makes everything peachy.

When children have been abused or money misappropriated, these are also criminal matters that must be properly dealt with. So yes, we can and should pray for all church leaders found guilty of not just various sins but also of various crimes.

However we must allow justice to take place as well. If the church will not do its job, then the state must take over and make sure that wrongdoing is exposed and properly dealt with. It is a real pity our churches are so careless or so apathetic that we even get to the place where any criminal investigations have to take place.

As I say, all this is a horrible tarnish and stain on not just the church, but above all on our Lord Jesus Christ. However, God will not tolerate this forever. He must act to vindicate his name and preserve his glory. If we have so little concern for Christ and his reputation, then God will act. He must.

And that he is now doing. He wants to present to Christ a bride who is spotless and without blemish (Ephesians 5:25-27). So he is shaking his Body to purify it and to separate the wheat from the tares. And not a moment too soon. Let me conclude with the sobering words of Hebrews 12:25-29:

See that you do not refuse him who is speaking. For if they did not escape when they refused him who warned them on earth, much less will we escape if we reject him who warns from heaven. At that time his voice shook the earth, but now he has promised, “Yet once more I will shake not only the earth but also the heavens.” This phrase, “Yet once more,” indicates the removal of things that are shaken – that is, things that have been made – in order that the things that cannot be shaken may remain. Therefore let us be grateful for receiving a kingdom that cannot be shaken, and thus let us offer to God acceptable worship, with reverence and awe, for our God is a consuming fire.

16 Replies to ““May Your Money Perish With You””