OK, I confess: I do not like change. I normally like things just the way they are thanks. If my wife suggests that we rearrange the furniture in a room, my eyes roll heavenwards and I let out an audible groan. While some changes are necessary, I am certainly not keen on change simply for the sake of change.

But change is inevitable, and much of it can be unpleasant. As you get older you sure come to see this – first hand. You are not as fast and agile and strong and vigorous as you once were. Once you were young, footloose and fancy free, and the next thing you know you are old, slow, tired and full of various aches and pains.

And relationships change. People fall in and out of love and marriage. Friends, loved ones and family members move away, or die. Children grow up quickly and marry and/or leave home. The job you once enjoyed is now boring and miserable.

The foods you used to relish no longer appeal. The friends you used to have are no longer even speaking to you. The neighbourhood you grew up in is now unrecognisable. Indeed, entire countries can change over time, as can geopolitical realities and international relations. 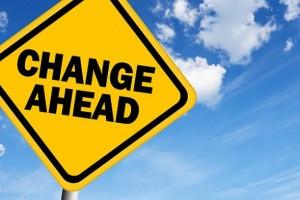 Change is everywhere. One approach to all this is to just embrace change, believing that is all there is. Whether it is Heraclitus saying that ‘Everything changes and nothing stands still,’ or ‘You cannot step into the same river twice’, or George Harrison singing two and a half millennia later that “All things must pass”, it seems that change is universal and inevitable.

Well, change is certainly upon us all over the place, but that is not the end of the matter. In a changing world there is one unchanging reality – God. That is good news for those who do not like change or do not cope well with constant transition and alterations.

One of the attributes of God is his immutability. That is, God does not change and cannot be changed. He forever remains the same. He does not change in his nature, his character or his purpose. Indeed, since God is perfect, change in any direction is impossible. He cannot become more perfect or less perfect.

As the classical philosophers and later Christian theologians put it, all change involves imperfection: If God changes for the better, then he was not fully God before. And if he changes for the worse, then he becomes less than God. So our God is an unchanging God, a perfect God. Scripture everywhere attests to this basic truth. Consider just a few key passages here;

Malachi 3:6 I the LORD do not change.

Hebrews 1:10-12 He also says, “In the beginning, O Lord, you laid the foundations of the earth, and the heavens are the work of your hands. They will perish, but you remain; they will all wear out like a garment. You will roll them up like a robe; like a garment they will be changed. But you remain the same, and your years will never end.” (quoting Psalm 102:25-27)

Hebrews 6:17-18 Because God wanted to make the unchanging nature of his purpose very clear to the heirs of what was promised, he confirmed it with an oath. God did this so that, by two unchangeable things in which it is impossible for God to lie, we who have fled to take hold of the hope offered to us may be greatly encouraged.

James 1:17 Every good and perfect gift is from above, coming down from the Father of the heavenly lights, who does not change like shifting shadows.

All this is not to say that God is static or immobile or wooden. God is not immobile but free to interact with his creation. We might say that God is in movement but not in development. He can act, but he does not become other than who he is. His character is forever the same, but in his dealings with his creatures, he may alter course depending on our responses. A classic case here would be the fate of Nineveh as discussed in Jonah 3:3-5, 10:

Jonah obeyed the word of the LORD and went to Nineveh. Now Nineveh was a very important city – a visit required three days. On the first day, Jonah started into the city. He proclaimed: “Forty more days and Nineveh will be overturned.” The Ninevites believed God. They declared a fast, and all of them, from the greatest to the least, put on sackcloth. … When God saw what they did and how they turned from their evil ways, he had compassion and did not bring upon them the destruction he had threatened.

We could say that God does not change in himself, but does change in relation to his creatures. Part of this has to do with our understanding of God and time and the relationship between the two. We see this mentioned elsewhere in Scripture, such as in Jeremiah 18:7-10:

God may change in relation to his creatures’ decisions, but his moral purposes remain unchanged. God will always act the same way toward evil, and the same way toward good. God always acts in a way consistent with his character. How exactly he acts towards us may depend on the choices we make.

I realise of course that this has only just scratched the surface of a hugely complex topic (how could the attributes of God be anything less than massively complex, mysterious and far-reaching?). For example, to talk about God’s changing relations with his creatures raises all sorts of other related issues.

Indeed, a can of worms is opened here, with some – such as the free-will theists, or openness of God theologians – not only making much of the notion that God changes, but even more radically, claiming that God does not know the future!

Rejecting divine foreknowledge is one way to grapple with some of the puzzling texts about God appearing to change his mind, but it is much too high of a price to pay theologically speaking. But all that cannot here be addressed in any detail.

Future articles will have to address some of these debates. Suffice it to say that I have real problems with the openness theologians, and have offered some helpful reading on the matter elsewhere. See this brief bibliography for example: billmuehlenberg.com/2006/12/13/everything-you-wanted-to-know-about-free-will-theism/

For a review of just one volume which affirms the traditional understanding of divine foreknowledge, see here: billmuehlenberg.com/2006/12/12/a-review-of-how-much-does-god-foreknow-by-steven-roy/

And since the issue of divine immutability is often paired with another hot potato issue, divine impassibility, see this article for some discussion on those debates: billmuehlenberg.com/2013/02/07/a-review-of-god-is-impassible-and-impassioned-toward-a-theology-of-divine-emotion-by-rob-lister/

But a somewhat more hard-core theological discussion needs to return to my more generic opening remarks. Most folks are a bit iffy with change, and change can often be painful and unpleasant. That is why the Judeo-Christian notion of an unchanging God offers so much help and hope in a fallen and chaotic world.

God never changes – and for our sakes, it is a good thing too.

10 Replies to “An Unchanging God in a Changing World”