Yep, we Christians need to say sorry to sinners. How come? Because for far too long we have been making excuses for sinners, making it easy for sinners, trying to cover up for sinners, and seeking to justify sinners. It is time for that to stop. It helps no one.

And it is especially time to stop trying to whitewash sinful lobby groups and activists. It is time to stop watering down their agendas and pretending that everything is just hunky dory. Everything is not peachy, and there are activist groups working overtime as they seek to bring down Christians and the Christian faith.

There is nothing wrong with defending the faith against these attacks, and we need to start siding with biblical Christianity instead of those who seek to destroy it. My inspiration for this comes from an article penned last year in which a Christian has repented of condoning sin – in this case, making excuses for Islam. Mike Dobbins begins his piece this way: 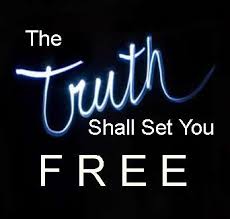 For years I was an apologist for Islam, as regrettably, many still remain. I only read books and believed those who painted Islam in a peaceful, glowing light. I made excuses for radical Muslims and lived in a flood of denial that religious teachings could still, in this modern age of drones and clones, motivate a person to commit evil. I criticized the numerous atheists including Ayaan Hirsi Ali, Sam Harris, and Bill Maher warning of the dangers inherent in Islamic doctrines, recklessly labeling them Islamophobes.
Today I’m writing to say I’m sorry, I apologize, and I ask for your forgiveness. We who have blindly defended Islam and called you Islamophobes are tragically wrong.
My mind first began to change last May when I read an interview by Sam Harris with Ayaan Hirsi Ali in which she addresses the misapplication of the term Islamophobia. This article, along with the seeds atheists planted over the years urging me to do more research, motivated me to delve into the religion. I read the Quran, many Hadith, the biography of Muhammad, the history of Jihad, and Islamic law. This is what I learned:
The critics of Islam are right. Islam is intrinsically, alarmingly violent, hateful and oppressive on a scale greater than all other major religions combined. To say that radical Islamists are motivated to commit atrocities and embrace oppression based on religious doctrine is the understatement of the century.
I, like most defenders of Islam, was ignorant, naïve, and in denial. I wrongly assumed all holy books have enough good messages to offset the bad. I wrongly assumed that, like Jesus, Muhammad promoted peace, love, and non-violence. I wrongly assumed criticism of Islam equates to criticism of all Muslims.
While I apologize to those wrongly labeled Islamophobes, my biggest apology is owed to Muslims. Muslims have needlessly suffered under oppressive Islamic religious and political doctrines as thousands of uninformed smearests like myself rushed to judge and silence critics of Islam. By not acknowledging the Islamic link to radical violence and hate, smearests have unwittingly allowed it to spread. The smearests, denialists, and the naïve have, unknowingly, turned their back on moderate Muslims and a reformed, peaceful Islam.

But by no means take my word for it. You owe it to yourself to do your own research and see if you too find a connection between Islamic teachings and Islamic violence and hate. I challenge everyone, especially smearests, to read the Quran, biographies of Muhammad, the history of Jihad, and the political ideology of Islam.
Perhaps you too will notice the Quran’s recurring theme of hating non-believers and the desert like absence of loving and inclusive passages to offset the vile and violent ones.
Perhaps you too will notice how Muhammad’s violent life mirrors that of members of the Islamic State and that it would be dangerous for any person to follow in Muhammad’s footsteps.
Perhaps you too will notice how there is no separation of Church and State in Islam and that most Islamic governments place Islamic law above Secular law.
It would be one thing if Islamic doctrines said Muslims should love non-Muslims and love their enemy. It would be one thing if the prophet Muhammad preached non-violence. It would be one thing if Islamic Laws supported equality for women, minorities, freedom of expression, and valued human rights. It would be one thing if the Quran taught the golden rule.
It is because they do the complete opposite that I am now speaking out.

Yes, great article. But we must do the same thing in other areas as well. For far too long we have been making excuses for sins like homosexuality, claiming the activists only exist because of something we have done. Earth calling the denialists: even if every Christian was only always perfect, there would still be militant homosexual activist groups out there trying to destroy biblical Christianity.

It is time we stop making excuses for the militants and their war against the faith, and start defending Christianity for a change. I am so sick and tired of all the apologists for sin and for evil. Every time they open their mouths on the topic of homosexuality they somehow manage to make Christians into the bad guys and the homosexual activists into the good guys.

We need to ask for forgiveness for condoning sin and making it easy for sinners to keep sinning. We must repent for not telling homosexuals – and every other sinner – that Jesus Christ came to set sinners free and to gloriously transform them, not leave them in their degradation, filth and hopeless condition.

There is nothing loving about leaving a sinner in his lost condition, headed to a lost eternity. In fact, that is the most hateful thing we can do. So we need to repent of this and start really loving sinners. And we love sinners by telling them the truth.

We do not love sinners by making excuses for them, by covering up their sin, or by pretending all is just sweetness and light. And those sinners who get set free by truth-telling Christians will be forever grateful for such honesty. I have often used the story of a former homosexual who entitled his piece, “Thank You For Offending Me”. He begins:

Let me just say a hearty “THANK YOU” to my wife, and my parents and family, and my friends, who cared enough about me to offend me! I get a sick feeling in the pit of my stomach when I consider the ramifications in my life had the people in my world bought into the lie that to love me was to affirm my homosexuality. When I left my wife to pursue homosexuality, she boldly told me that she knew God could work in me and in our marriage and that she would not pursue divorce. She protected her interests but always professed her love for me and her desire to work through this together.
My parents (and other family members) told me that what I was doing was wrong…. And each of them offended me. Each of them made me angry. I viewed them as bigoted, and unenlightened, and ignorant, and prejudiced, and hateful. If they truly loved me, I told them, they would accept my homosexuality and affirm me in the lifestyle I was living. I ignored their calls and I viewed them with skepticism. I did my best to sever my relationships with those who were offending me. But they would not let me go. They did not coddle me, but they refused to give up on me.

Yep, we need to care enough about others to be willing to offend them if need be. We must offend them with the truth. That is our solemn obligation as Christians, and we dare not turn our backs on this vital calling. Failure to warn and rebuke when needed is a failure to love.

Let me close with one other testimony – that of an ex-transgender man. He went the whole hog in this dead-end lifestyle, but eventually realised it was all a hoax. He had a life-changing encounter with Jesus Christ and now warns others about this dangerous lifestyle. I encourage you all to watch this brief video. It is a real eye-opener: www.youtube.com/watch?v=H2vOenrEWig

So we Christians need to apologise – apologise for thinking we can help sinners by not telling them the truth. That is a grievous sin which must be repented of immediately.

7 Replies to “We Owe Sinners an Apology”