The ‘long march through the institutions’ as Italian Marxist Antonio Gramsci put it is working out real well. Instead of taking over a nation with tanks and bullets, why not just subvert it from within? Take over the main institutions of power and influence, such as the media, schools, churches, courts and so on, and you can capture a culture.

This is what we call cultural Marxism and we see it especially being played out with the so-called Safe Schools Coalition. I have written often about this pro-homosexual indoctrination program disguised as an anti-bullying program. Others have as well. A terrific piece by Paul Kelly in the Australian the other day is worth quoting from here:

This is much more than an anti-bullying program. Most people know an anti-bullying program when they see it. But this is something else — a pervasive and radical ideological agenda. Indeed, it does not even pretend to be anything less.
Senior ALP figures Bill Shorten, Penny Wong and Kate Ellis and other politicians stridently defending the program and attacking its critics are misleading at best and deceptive at worst. The materials, literature, instructions and recommended class activities are pervasive in their ideological content and often extraordinary in the activities they recommend for years 7 and 8 students. This story is a case study in hijack: how a program of social and sexual engineering was inducted into the school system by a lobby that won huge institutional support. The program is legitimised by a need whose validity is beyond question: preventing the bullying of LGBTI students.
In many ways the program is the purist example of the disruptive cultural and power changes sweeping through Australia. Its content would have been inconceivable 10 years ago. It reflects a transformation in thinking about sex and gender, the collapse of traditional and religious norms, the confidence of the progressive class that its moment has come, and the ability of a minority lobby to seize the ascendancy and command a majority position. 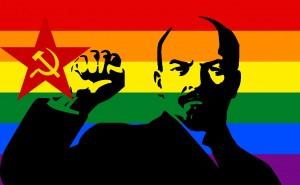 Shorten branded Bernardi a “homophobe” for criticising the program. Opposition education spokeswoman Ellis attacked Turnbull for pandering to “views of extremists”. ALP Senate leader Wong said: “This is a Labor program, we funded it in government, it’s a program designed to address the terrifying statistics of self-harm, of abuse, of discrimination and of bullying of same-sex attracted and transgender kids.”
Amid defenders of the program it is hard to discern any concession whatsoever that there are problems with this program. There is no serious sign of respect for parents who have reservations. Just the reverse — they are patronised and insulted by indirect linkage as extremists and homophobes. It is hard to find another example where the political class has been so arrogant in its imposition of a new and far-reaching agenda. Let’s confront the truth: there is a process of intimidation at work. It reminds of the mother on the ABC television’s Q&A program a few weeks ago, upset her son was encouraged to cross-dress, reduced to saying, “but it was a science class”.
There is no doubt the cultural norms are changing. This program constitutes dramatic evidence. But the progressives have overreached — their arrogance and intolerance and on vivid display. Turnbull, however, will find this a difficult issue to manage. And any politician asserting this is just another anti-bullying program is naive or engaging in a gross deception.

But as good as such critiques are, the best thing we can do is let the children speak. They are the ones feeling the full force of this cultural Marxism, with everything homosexual being rammed down their throats. Let me offer the stories of two young people, sent to me by a distraught mother.

These children are attending public schools in Victoria and are experiencing on a daily basis anti-Christian bigotry and homosexual bullying. The first story comes from a 15-year-old:

Impacts of “Safe Schools”
-Spoken about in almost every subject, especially health subjects. It claims it is an opt-in program but when you are forced to do a health subject where it is integrated into all of them you can’t get out of it.
-Becomes a higher priority than other more important world issues. One day the wall was filled with students’ posters about health issues in other countries and morbidity and mortality rates but then the next day the posters were gone and replaced with LGBTI posters.
-The posters are plastered all over the school. If you walk down the hallway you find posters. Entering the coordinators you find about 15 stuck in various locations. The posters are everywhere you go and it is impossible to not go by one every day. This means the content is taught as the truth to everyone even if they don’t really want to know about it. It is subconsciously being taught to everyone all day without them even noticing.
-It makes students who aren’t LGBTI or who don’t agree with it feel inferior and those who do feel superior to others. No one speaks about heterosexual relationships anymore as it is how conception occurs and no one really wants to get pregnant while still being in school. Those who are LGBTI comment about how cruel those who disagree with them are and talk bad about them, but never actually get into trouble as it is “just their opinion” but if someone mentions they disagree they get excluded from the other peers, making them feel unwanted and as though their opinion isn’t as important.
-It dramatically sexualises relationships from a young age. If teachers don’t want us to get pregnant then why are they approving posters about who would like to sleep with who? Many students believe that the only purpose of life is to have sex. These posters around the school make students think of this a whole lot more than they should. LGBTI relationships are the only ones that seem to be supported, as they don’t result in an unintentional pregnancy. This also adds to how those who are heterosexual feel less important than those who are.

The second story comes from a 13-year-old:

Bullied Because I’m Christian
When you’re a Christian people don’t like you. They try to do everything they can to put you down. I am only thirteen years old and I have been physically and verbally bullied because of my beliefs. Last year I moved to high school and at first I thought it was great but as I get settled I find that if I tell people that I am a Christian people will treat me like crap.
The first time it happened was when I was telling one of my friends the good news about God. And the next week or so I get pulled out of class by my teacher and she told me that my friend’s parents complained because I was bible bashing their son. I told my teacher that I am not a closet Christian and I wasn’t telling the boy that he has to believe, I was only telling him the miracles that God has done. Later that boy approached me and started calling me names that are better left unsaid. His father called me one name that was very rude. Eventually the boy moved schools at the end of the year.
There have been a few incidents that have only happened within the last month. My friend mentioned that I was a Christian and some people in my class heard her say it and then they looked at me and said, “I hate Christians.” This made me very upset and on the same day someone who I thought was my friend said that she doesn’t believe in God and that whoever believes is stupid. Then she started saying God’s name in vane and laughing about it.

To protect this family, I of course have had to use anonymity, but I can fully vouch for these stories. And tragically, there would be plenty more such stories. We sure do need to hear these stories. All that the mainstream media wants to do is run with stories of homosexuals, but never of those adversely impacted by these pro-homosexual programs.

Since the MSM refuses to do its job, I certainly will do it for them. If other readers have similar stories to tell, please send them to me and I will happily run with them. The truth must get out into the public arena. And please pray for this family, especially the two students. They are going through hell.

And pray for all the other families who are on the receiving end of this homosexual indoctrination campaign.

14 Replies to “Cultural Marxism in Schools: Let the Children Speak”