When you are involved in standing up for your faith publicly, engaging in the culture wars, and seeking to be salt and light in a very dark world, you of course expect nonChristians to blast you and give you a really hard time. That simply goes with the territory and it happens all the time.

What you do not expect, and what hurts like hell, is when fellow Christians attack you, criticise you, and chew you out for doing what God has called you to do. But sadly this happens all the time as well. These Christian armchair critics are a dime a dozen, and they are quite happy to criticise you for the work you are doing, often when they are doing little or nothing for the Kingdom themselves.

The truth is, we all must find out what God wants us to do, and then do it with all our heart. At the end of the day we are answerable to him alone – so we must please God, not men. Sure, we can listen to their criticisms and ask God if there is any truth in them, but otherwise we must persevere and ignore the legion of critics. 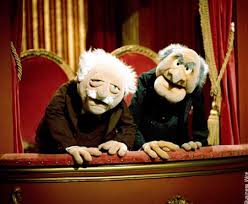 Anyone who is in any sort of Christian ministry, especially in the public arena, and anyone who is a Christian leader, knows all about the ongoing supply of critics that are out there. As I say, this is sadly part of the job description. Indeed, if Jesus was routinely criticised by religious folks, how can we expect to escape such criticism.

Jesus of course did not deserve any of his criticism, but we may well deserve what we get. So a spirit of humility is essential here. We must remain on our knees. We all have blinds spots and we do need the perspective of others. But we must also guard against the reckless and irresponsible criticisms which can utterly debilitate us.

Plenty of pastors, leaders and others simply give up because they cannot handle all the criticism and complaining. They seldom get any praise and affirmation, but they regularly get criticism. So learning how to deal with criticism is vital. I will discuss this some more at the end of my piece, but let me here offer up a few examples of the regular armchair criticisms I can get.

As one example, often when I discuss how I am going on some TV or radio show to do a debate on various issues, the critics will come out and insist that this is a complete waste of time, and God would never lead a person to do such things.

I wonder how they have the precise mind of God on all this, especially since Scripture nowhere tells us not to do TV debates, etc. Scripture does tell us much about contending for the faith, defending the faith, publicly speaking truth, and it provides plenty of examples of this. But these folks seem to have some direct pipeline to God wherein they are told anyone doing this sort of work is not in the will of God.

Well, I will just ignore these folks. I and so many others like me who do this sort of ministry are doing it because of the call of God. Indeed, I would be more than happy not to do it, but because I know it is the will of God for me, I must walk in obedience and do it.

I will do it and ignore the armchair critics. While they may think it is all a waste of time, I believe nothing is ever wasted if God has called us to do it. If I can plant some seeds or water someone else’s seeds as I speak truth in the public arena, that is all I need to be worried about.

God will bring about the desired results. He will reach those whom he wants reached. But he works through people, and he uses his imperfect servants to get truth out into the public arena. So whether it is a public debate on a current affairs show, or some talkback radio program, or a letter to the editor, I will use any and all means to try to reach others and spread truth.

Yet these critics are certain that I must be out of God’s will. Again, we must obey God rather than men. If we are sure that God has called us into the work and ministry we are doing, we do it wholeheartedly, as unto the Lord, and forget about all the naysayers and critics.

I wonder what chapter and verse that one comes from. Sorry, but such arbitrary and foolish distinctions make no sense to me, and I will ignore such critics. I will go anywhere the Lord leads me. The truth is, a political office or campus classroom can of course be just as pagan as any TV studio, so it is a foolish rule to force on anyone.

Sorry, that was a no-brainer. But if there are dedicated TV or radio debate programs, no matter how leftist and biased, then it is vital that we stand up and be counted in such public forums. We must get truth out into the public square. Sure, we likely won’t reach or convince the radical secular lefties who run these shows or appear on them.

But we are not trying to reach that 5 to 10 per cent of the population. We are trying to reach the 80 to 90 per cent of the population which is in the media, and is undecided on the issues. They are the ones we are targeting. So if so many hundreds of thousands of folks tune into a ridiculously biased and hyper left show like Q&A, when I or another conservative and/or Christian gets on and shares truth, we will never know how many people we may have reached.

If we simply stay in our holy huddles, not being “contaminated” by the world, we will reach no one. And the fact that I make much of just how biased and bigoted these shows are is not a waste of time either. When such prejudice and one-sidedness is taking place, I have a right as a citizen, as well as a Christian, to point it out.

But I have had other armchair critics blast me for this very thing. One went on about why I would get all “hot under the collar” about these sorts of shows. That is the way they are, and I should just ignore them he insisted. And then he said I should just turn off my TV.

Sorry, but I am not buying that silliness for a moment. It of course has nothing to do with being hot under the collar and everything to do with caring about the world we live in, caring about attacks on Christ and Christianity, and caring about getting truth into the public arena and standing up to falsehoods. It is about being a responsible and concerned Christian in a non-Christian world in other words.

Also, the ‘just turn off the TV’ line is a complete copout and quite irresponsible. Even if I throw my TV out the window, that solves absolutely nothing. I am still greatly concerned about everyone else who still has the TV on, and is still getting all these lies and anti-Christian bigotry pouring into their living rooms.

All real believers should be concerned about such things. So in these cases I will keep on doing what God has called me to do and ignore the armchair critics who prefer to attack me instead of making a difference. What matters is what God wants me to do, not what my many critics think I should do or not do.

Sure, that will mean different callings and different ministries for all of us. But those of us who are called to frontline duty should not have to deal with the incessant critics who think we are wasting our time, and can only be real believers if we do what they are doing.

Well sorry, but often they are not doing anything for the Kingdom. Yet they are so very quick and eager to blast those Christians who are doing something. Sure, not everything Christians do is the best, or the wisest, or the most strategic. So we all must be open to honest and careful assessments and evaluations.

So when it comes to this army of armchair critics, we can do a few things. Many of them we can just ignore. That is often the best recourse. If they seem to be real deal believers who have a genuine concern about you, then you can take on board what they have to say, pray about it, and ask God if their criticisms are legit.

If they are, you can seek to make any changes that are needed. If not, just keep going about your business. Yes some criticisms are fair and justified, and need to be listened to. But some are not. Indeed, there can also be plenty of false attacks or just plain fraudulent criticisms levelled against you.

Sometimes you can just ignore these public criticisms, and sometimes you may need to reply to them. Sometimes you need to set the record straight for the public. But sometimes you might be called to just endure all the unjust and unfair attacks and criticisms. Jesus of course did this so often, as have so many great Christian leaders.

So we need to be prayerful and discerning as to when we should defend ourselves and seek to correct a false accusation, and when we should just remain silent and let God – or others – come to our defence. Wisdom is needed here, as well as humility.

To bring this to a close, let me note that there have been many times when I have felt like sharing the following story with my accusers. Often I do not, and just pray for my attackers and critics instead. But sometimes I do run with it. This little incident is a very fitting summary of where so many of these armchair warriors are at, and how we must think of them:

12 Replies to “On Dealing with the Armchair Critics”