The final implosion of the US is now under way, happening before our very eyes. The trans assault on biology, on morality, on family, and on reality is now taking its toll, and a once great nation is crumbing as we speak. The trans lunacy is simply the culmination of a half century of cultural Marxism and the cultural revolution.

And it looks real ugly. The latest trans-sanity on all this was of course the decision by retail chain Target to fall for the transmania insanity. Target says that its private fitting rooms will now be open to men. Said Target: “Inclusivity is a core belief at Target. It’s something we celebrate. We stand for equality and equity, and strive to make our guests and team members feel accepted, respected and welcomed in our stores and workplaces every day.” 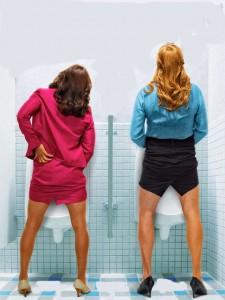 And cases just like this are happening daily. Here are just some of them:

-A biological man claiming to be ‘transgender’ so as to gain access to and prey on women at two Toronto shelters was jailed “indefinitely” last week after being declared by a judge a “dangerous offender.”

-Charges were filed Tuesday against a man who wore a wig and women’s clothing to disguise himself as he allegedly used a concealed camera to record “hours” of video of women in a Los Angeles-area department store restroom. Jason Pomare, 33, of Palmdale, was arrested Saturday after customers contacted security officers at a Macy’s store to report a man in the women’s restroom.

-A Seattle, Wash. community is in uproar after a man undressed in the women’s locker room at a local pool, seemingly to test a new rule that allows transgender people to use the bathroom of their gender identity, according to King 5 News. An unidentified man wearing board shorts walked into the women’s bathroom of Evans Pool, in the heart of Seattle, on Monday evening.

-A Rome [Georgia] man was released on bond after being arrested for allegedly taking his clothes off in front of children in the women’s restroom of Walmart in Calhoun.

These are becoming daily occurrences. And the elites have gone crazy about those who dare to speak out against this! When North Carolina passed its bill to keep bathrooms separate for men or for women, all the usual suspects came out in hysterics about this.

Those who stand up for women and children are already facing the wrath of the transfascists. As but one example, Curt Schilling, a famous pitcher for the Boston Red Sox, was fired by ESPN because he complained on Twitter and Facebook about what sort of men will be seeking to get into women’s bathrooms.

Not everyone has supported this. Republican candidate Ted Cruz has taken a very strong stance against all this. Concerning the North Carolina law he said this: “As the father of daughters, I’m not terribly excited about men being able to go alone into a bathroom with my daughters. Men should not be going to the bathroom with little girls. That is a perfectly reasonable determination for the people to make.”

However yesterday the other major Republican candidate, Donald Trump said that he is quite happy with all this trans madness: “During an NBC Today town hall Thursday, Donald Trump said he had no problem with transgender people using whatever bathroom they chose and that a controversial North Carolina bathroom law has caused ‘a lot of problems’ unnecessarily.”

Christians and conservatives across the country were once again aghast at these remarks coming from someone claiming to be a conservative. Said Cruz: “I am waiting with anticipation for the new baseball caps that say ‘Make PC Great Again’.”

Absolutely, this is yet another clear indication that Trump is no conservative at all, but a lifelong progressive who really does not give a rip about core conservative issues like abortion, homosexuality, Political Correctness, and so on. Name your issue – the difference is like day and night. The moral Christian conservative Cruz vs the immoral pagan leftist Trump.

But of course Trump simply makes things up as he goes along. Like his recent statements on abortion, he may well change his tune on this five times in the next two days. He has no principles or convictions. He is only concerned about himself.

A lifelong New York liberal who has supported and financed the Establishment, the Clintons, and leftists causes his entire life is hardly the person you want running as a Republican candidate. But back to the transinsanity: A recent experiment on all this came up with some telling results. People simply do not want men going into our wives and daughters’ bathrooms:

But the wellbeing of our women and our children is now seen as archaic and trivial. What matters is that the gender benders must be allowed at all costs to push their nefarious agenda, and anyone who dares to question it must be punished.

And it sure doesn’t help when folks claiming to be conservatives push this nasty bandwagon as well. America is in a moral and spiritual freefall at the moment. The trans madness is one clear indication of this. So too are all the deceived folks who think Trump is somehow going to make the nation great again.

7 Replies to “Transmania, Trumpmania and TransAmerica”