If the Lord should tarry, one day we will look back at the church in Australia in the 21st century and wonder if it really was any different than the Laodicean church which Jesus so strongly condemned in Revelation 3:14-22. Don’t get me wrong: there are many on-fire pastors, many dedicated churches, and many committed Christians.

But I would say they are in the minority. They are the biblical remnant. They are the few who are on the narrow road and have gone through the narrow gate. There are plenty of ways to measure this: gospel-less gospel messages, entertainment-based worship, a celebrity culture, money making ventures, the desire to please men, and so on.

I have written often about this. But another way to judge a church or a Christian leader is how they stand on the most pressing moral issues of the day. If they are silent about the things that matter most, that tells you heaps. When some of the most pressing social issues of the day are simply ignored by Christian leadership, then that is an indication of a dereliction of duty. 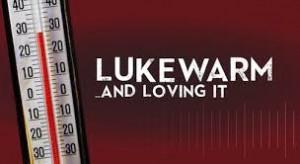 We had a perfect example of this back in the days of the abolitionist movement. Usually led by Christians, the fight against slavery was one of the most vital issues of the time. Yet it was only a minority of Christians, churches and leaders who took a stand on this.

Most said and did nothing, or even worse, they actually supported slavery! Many pastors and church leaders owned slaves back then! So Wilberforce and his supporters were always in a minority as they fought for what was right. And it is the same today with the battle to save unborn babies.

The right to life is a fundamental principle, and social justice must begin in the womb. While this is one of the most important moral issues of our day, regrettably the great majority of churches and Christian leaders are doing nothing about it.

The truth is, abortion is a gospel issue. The two great commandments given by Jesus should be enough here. If we are to fully love God we need to love what he loves and hate what he hates. And God hates the shedding of innocent blood. If he is greatly concerned about this, so should we be. And it is pretty hard to love your neighbour as yourself if he is dead. The first step to loving someone is to ensure they can live.

However our Christian voice here is almost completely silent. Consider something that just occurred in Victoria. For at least a year now the Infant Viability Bill put forward by Dr Rachel Carling-Jenkins MLC, Member for Western Metropolitan, has been a matter of public debate and discussion.

But where were the churches on all this? Rallies were held in support of the bill, social media campaigns were set up, videos were produced, and so on. But it is as if the churches did not know or did not care. And because of this we had a tragic outcome yesterday, as the bill was voted down. Rachel said this about the outcome:

It is with disappointment that I write to inform you that the Legislative Council has voted on my Infant Viability Bill, and has chosen to vote it down (with a division of 11 for, 27 against, and 2 abstained). Voting in favour of the bill were: 3 members of the Liberal Party (Richard Della-Riva, Bernie Finn & Gordon Rich-Phillips); 3 members of the ALP (Daniel Mulino, Adem Somyurek & Nazih Elasmar); 2 members of the Shooters & Fishers Party (Jeff Bourman & Daniel Young); 2 members of the National Party (Damien Drum & Melina Bath); and, of course, 1 member of the DLP (myself).
Unfortunately the parliament today decided to vote against the bill. This is disappointing for the thousands of supporters across Victoria and Australia. I have always believed that this bill was about doing what is right. It is right to stand up for mothers and their babies. One day we will look back on this bill as a starting point, in turning the tide on abortion here in Victoria. It is our first proactive stand. It is not our last.
My resolve does not waver in the face of this opposition. I pray that yours does not either. I want to thank you again for your contribution to this campaign, and to encourage you to continue this cause. Together, slowly, we are making a difference.

Many things can be said about this defeat. The same number of Labor politicians supported it as Liberal pollies? What in the world is wrong with the Liberal Party? What an immoral and callous bunch of men and women to not even give a rip about the unborn. Forget about calling this group a conservative party.

But my main concern, as mentioned, is the fact that the great majority of churches and pastors said and did absolutely nothing about all this. I have no idea how many churches there are in Victoria, but for the sake of argument, let’s say there are 5000 (and I will just include Protestant churches here, since I suspect Catholic churches might have been a bit better on this issue).

And even that figure could be quite high. So where does that leave us? A church that is at best asleep, and at worst, dead, at least when it comes to this vital issue. And I am fully aware that most churches and most pastors will never touch this issue because they don’t want to rock the boat, they don’t want to upset anyone, and above all they don’t want to see a drop in the weekly offering.

I say this to their shame. One day these Christian leaders will stand before our Lord and they will have to give an account for this damnable silence about this absolutely vital issue. I would not want to be in their shoes on that day. And I know I am not alone in thinking this way.

One terrific young Christian and committed pro-lifer that I know was at Parliament House in Melbourne yesterday and witnessed this bitter defeat of the bill. He went to the social media just afterward and said this:

Will be moving on from the Church I’ve served for almost a decade. It’s time that all did likewise in congregations that refuse to engage the culture in some small way outside their own programs. A morally simple piece of legislation like banning late term abortion fails to pass, meanwhile the homosexual pride flag flaps over the roof of The Parliament that is meant to represent me.

I feel his pain and I feel his righteous indignation. And I agree with his advice. If you are attending a church that never speaks out on the crucial moral issues of the day, such as the attack on the unborn or the attack on marriage and family, then you may be in the wrong church.

In my books such churches are well on the road to apostasy. If they refuse to speak out on issues as important as this, then they will never speak out on anything of importance when crunch time comes. Time to get up and leave, wiping the dust off your feet on the way. Find a church that is serious about biblical truth and is serious about what really matters.

Let me conclude with a short piece I recently found from a Christian satire website. Sometimes satire can be a great vehicle for expressing serious truth. The piece is entitled, “Mainline Protestantism declared a safe space for those offended by the gospel”. While it deals with a slightly broader topic, it is quite relevant here:

While some college campuses have established safe spaces where the disenfranchised can avoid the pressures, biases, and judgement of the world, mainline Protestant denominations are taking it one step further. The entire umbrella group has now been designated a safe space for those who would otherwise be offended by the gospel, sources confirmed Wednesday.
Speaking on behalf of a plethora of denominations including the Presbyterian Church (USA), the Episcopal Church, the Evangelical Lutheran Church in America, and the United Methodist Church, a spokesperson issued the following statement: “We are in agreement that there is a great need for churches to rise up and create spaces that are safe for questioning and accepting our identities, doubts, fears, failures, and blatant sins. Effective immediately, we are declaring all mainline Protestant churches safe spaces, where there are no judgments, conviction, repentance, or gospel presentations whatsoever.”
The statement listed elements that safe space churches should remove from their premises, including “crosses, Bibles, pulpits, organs, hymnals, systematic theologies, and sermons exhibiting any form of triggering micro-aggression. Be considerate.” Words like “sin,” “hell,” “death,” “wrath,” “propitiation,” and “substitutionary atonement” are also on the ban list.
On behalf of all of mainline Protestantism, the spokesperson expressed heartfelt joy that they were able to make such a major step toward accepting—and not judging—anyone who may be on a path toward God’s judgment. “Our congregations are now spaces that are safe from the freeing power of God in the gospel, where each person is free to construct their own narrative. That’s worthy of celebration.”

24 Replies to “Derelict Christian Leadership and Churches Missing in Action”