We all should know what a GPS is by now – at least in the Western world. This handy device has been a real help to millions of people as they seek to go from point A to point B. Just in case there are those who still do not know about it, one write-up on it says this:

“The Global Positioning System is a space-based navigation system that provides location and time information in all weather conditions, anywhere on or near the Earth where there is an unobstructed line of sight to four or more GPS satellites. The system provides critical capabilities to military, civil, and commercial users around the world. The United States government created the system, maintains it, and makes it freely accessible to anyone with a GPS receiver.”

It has replaced hard copy maps and books of maps for many folks, and it is for the most part reliable, cheap and easy to use. I have been thinking of some road trips I had taken years ago, and how different things were back then. Big bulky maps were always a part of such trips.

Big street directories like Melways in Melbourne was also a basic accessory for most folks. They would not go anywhere without having these street directories in their cars. Every street, avenue and laneway in a particular city was included, and it made getting around so much easier.

And I remember some decades ago belonging to American automotive groups which would provide a “trip tic” if you were going on a journey. Say you wanted to drive from Chicago to LA: they would provide a small book of maps with the best route marked. It might be made up of 50 small pages, with each page having a part of the journey depicted, with the best route, estimated arrival times, possible hazards or delays, and so on. 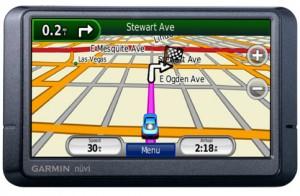 Today all that has largely disappeared. Now most folks prefer the easier and much more versatile GPS. Before I had my eye surgery, my wife bought me one, since I was often speaking all over the place, and with my bad eyesight, it was easy to get lost.

So the GPS came in real handy. And even now with greatly improved vision, I still like to use it. It is a terrific aid for when you are trying to get somewhere, especially somewhere you have never been to before. It is not infallible of course, but it is a tremendous help to the driver.

But one thing I have noticed in relation to the GPS: often when someone else is driving me around, especially in other cities, they will sometimes get lost, take a wrong turn, get stumped as to where they are at, etc. Normally this can just be put up with, but often they are taking me to a speaking engagement, so getting there on time is quite important!

Nothing worse than being the main speaker and turning up late to your own gig. So I often say to these folks – half in jest but half seriously – “You know, there is this wonderful new invention now available – it is called a GPS. You really ought to try it sometime!”

Most times they say yeah, they do in fact have one. And often it is even in the car we are driving in. But still, it is not turned on – they are just not using it. That always puzzles me. Here they have the very thing that can greatly assist them in getting somewhere, yet for various reasons they refuse to use it!

I am not sure why this is always the case. It might just be pride, or the idea of being in control, or the idea that they should be making the decisions, not someone else. So whether it is a bit of arrogance or silliness or whatever, I often find myself being driven all over the place by my kind hosts, with plenty of wrong turns and detours along the way.

So I was thinking about all this just now. As is often the case, I seem to easily find sermon material all over the place. Ordinary life events often seem to provide handy illustrations for spiritual truths. And of course the spiritual analogies here should be fairly obvious.

They have this terrific divine GPS available to them, yet because of pride and rebellion, they refuse to make use of it – and that to their own detriment, both now and for eternity. They shake their fist at God and tell him they want none of his help, and they can make it through life just fine on their own. This is the folly of the fool, as the Bible describes it.

Of course Christianity is much more than just a divine road map and set of proper course directions. It is about people who have been alienated from God because of sin getting back into right relationship with him through the work of Christ. But knowing there is a divine roadbook to life and deliberately rejecting it is a clear sign of sinful man at his rebellious worst.

But there is another group that is even more to be censured here. Christians can also be just like this. They have the Word of God, they have the Holy Spirit, they have all these biblical and spiritual resources available, yet often they are just not using them. They still prefer to rely on themselves, to rely on the flesh.

They claim to be followers of Christ but they live just like a pagan. They do not actually seek God’s will, they do not regularly read and study God’s Word, they do not pray carefully and persistently over key choices in life, and yet they somehow think they belong to Christ.

They are just kidding themselves. They have taken the heavenly GPS graciously given to them by God and basically turned it off, or thrown it away. They think they do not need such divine guidance and assistance, and they can make their way through life simply by relying on their own instincts, thoughts, feelings and inclinations.

This is not only a real waste, it is sheer folly as well. According to Scripture, they are fools as well. They are full of themselves, they are arrogant, they are carnal, and they are idolaters. To reject God’s GPS and depend only on oneself is just as bad as anything the militant atheist is doing. Indeed, it is even worse, because Christians should know better.

So the moral of the story here should be obvious: those who still reject God are simply going to keep getting lost, keep getting stranded, keep getting into accidents, and eventually reach a horribly bad eternal destination. And those who claim to be Christian but act in the same manner are also going to suffer big time – now and in the next life.

In both cases there is only one way out: repent of your sin and pride, and admit that you need God’s help – big time. He made all the roads, he knows all the best routes, he is awfully aware of all the obstacles and detours, he is the perfect navigator, and he is the best driver – so we had better fully rely on him, and pronto.

2 Replies to “Our Heavenly GPS”