One of the disturbing things that I have found to characterise so much of the life of contemporary Christians is the tendency to rely on emotions above all else. The reliance of feelings instead of firm acts of the will based on the clear teachings of Scripture has resulted in a woefully substandard Christianity in so many circles today.

Biblical Christianity has never emphasised a life of feelings, but a life of faith which is fully channelled by the Word of God and adherence to it. This has been basic Christianity for millennia, but today’s believers seem to have forgotten this altogether.

Not only the Bible but all the great saints have warned against living a Christian life run on and controlled by mere emotions. For example, in his important 1977 book Knowing Scripture R.C. Sproul dealt with this in detail. He said in part:

Many of us have become sensuous Christians, living by our feelings rather than through our understanding of the Word of God. Sensuous Christians cannot be moved to service, prayer or study unless they “feel like it.” Their Christian life is only as effective as the intensity of present feelings. When they experience spiritual euphoria, they are a whirlwind of godly activity; when they are depressed, they are a spiritual incompetent. They constantly seek new and fresh spiritual experiences, and use them to determine the Word of God. Their “inner feelings” become the ultimate test of truth.
Sensuous Christians don’t need to study the Word of God because they already know the will of God by their feelings. They don’t want to know God; they want to experience him. Sensuous Christians equate “childlike faith” with ignorance. They think that when the Bible calls us to childlike faith, it means a faith without content, a faith without understanding. They don’t know the Bible says, “In evil be infants, but in your thinking be mature” (1 Cor. 14:20). They don’t realize that Paul tells us again and again, “My beloved brethren, I would not have you ignorant” (see, for example, Rom 11:25)
Sensuous Christians go their merry way until they encounter the pain of life that is not so merry–and they fold. They usually end up embracing a kind of “relational theology” (a curse on modern Christianity) where personal relationships and experience take precedence over the Word of God. If the Scripture calls us to action that may jeopardize a personal relationship, then the Scripture must be compromised. The highest law of sensuous Christians is that bad feelings must be avoided at all cost. 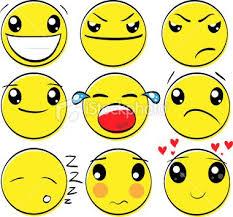 Elisabeth Elliot put it this way: “Faith is not an instinct. It certainly is not a feeling – feelings don’t help much when you’re in the lions’ den or hanging on a wooden Cross. Faith is not inferred from the happy way things work. It is an act of will, a choice, based on the unbreakable Word of a God who cannot lie, and who showed us what love and obedience and sacrifice mean, in the person of Jesus Christ.”

A W Tozer was one of God’s choice servants of last century to stir up the church and call it back to her true calling. He was relentless in calling for holiness, the cruciform life, and a life based on Godly choices, not emotional highs and lows.

In his book Man – The Dwelling Place of God he had a whole section on this: “True Religion Is Not Feeling but Willing”. Let me offer that in its entirety:

Choosing to do what is right, instead of depending on how we happen to feel at a given moment, is how we are to live our Christian lives. But making hard choices, often against how we feel, is not easy to do, so far too many believers simply opt for what their mood is at the moment. This is unacceptable.

9 Replies to “Emotion, the Will, and the Spiritual Life”