In the very dark and demonic times we now live in, being an ordinary person, an ordinary citizen, and an ordinary Christian, no longer cuts it. We now must be extraordinary for Christ and the Kingdom. We must dare to do mighty exploits for the King of Kings and Lord of Lords. And we must be willing to risk all for the sake of God and others.

Over the years I have documented various believers who have not settled for the ordinary, the second best, the routine, but have soared with eagles’ wings as they tackle seemingly insurmountable challenges and obstacles that most timid souls would never dream of taking on.

They are champions, heroes and valiant warriors in an age of cowards, spineless wonders, and wilted flowers. They stand out from the crowd because they have had a vision of the One who gave everything for them. They serve a risen Lord and do so by the power of his might. 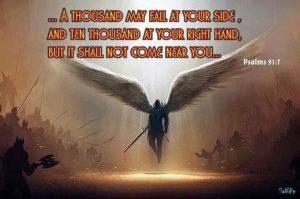 We need many more brave fighters like this. And many of these champs who I have written about over the years happen to be women. I thank God for all these superstar heroines, but I have to ask, where are all the men? Why are so very few courageous Christian males out there on the front lines?

Yes there are some, but not many. Think of David Daleiden and his heroic team in the US who did the undercover videos of Planned Parenthood, exposing their sordid business of selling baby parts. For that Daleiden was taken to court, only to be just recently exonerated. One of my articles on him can be found here: billmuehlenberg.com/2016/01/27/planned-parenthood-daleiden-and-the-inversion-of-justice/

Another brave trooper who has spent plenty of time in jail for standing up for the unborn is Australia’s own Graham Preston. He has just again had a run-in with the law, and been fined for seeking to protect the lives of babies. He too is a champ, one I have often written about, eg., billmuehlenberg.com/2015/12/23/and-how-are-you-spending-this-christmas-2/

One could also mention a supersaint like Heidi Mund, the heroic German Christian who stands for biblical truth against the deception of Islam. She is a real champion in my books, and her story I have told more than once: billmuehlenberg.com/2016/01/02/20538/

Then we have the Texas politician Beth Van Duyne who has also stood strong against creeping sharia and stealth jihad. Her story deserves a wide hearing as well: billmuehlenberg.com/2015/03/27/another-brave-female-champion/

One more: American Christian Christine Weick has also stood up for the Christian faith and taken on forces far greater than herself. She is a real hero, as I document here: billmuehlenberg.com/2015/01/30/courageous-saints-in-an-age-of-spineless-wonders/

Let me mention one other gal, whose story is hot off the press – or at least hot off the social media and in my circle of friends. Her story will very likely soon make the secular media newscasts, as she tackles one of our sacred cows: the right to kill babies at will, and prevent those who would seek to rescue them from coming near them.

I refer to Kathy Clubb, a Melbourne mother of 13 who has long been committed to preserving life, and to Victoria’s draconian ‘bubble zone law’. This was passed late in 2015, designed to create 150 metre buffer zones around all abortion mills in Victoria, so peaceful prolife protestors cannot even go near them. I discuss it here: billmuehlenberg.com/2015/11/27/victoria-anti-god-and-anti-life/

Up until now this odious law has not been challenged. But it has been now by brave Kathy. And she was willing to take a real risk (and who knows what may transpire in days to come) in order to show how terrible this new law is. She has just told her story about today’s activities:

I was arrested today for offering help to aborting mothers outside the Fertility Control Clinic in East Melbourne and for seeking to draw the attention of the public and politicians to the issue of abortion and to the totalitarian restrictions being placed on a targeted group of Australians – members of the pro-life movement, especially the Helpers of God’s Precious Infants by the “Safe Access Zone” law. I intend to pursue this case to the High Court to prove that the “Safe Access Zone” amendment is unconstitutional because it burdens the constitutional freedom of political communication.
I believe that the public, and aborting mothers in particular, are not being told the whole truth about abortion and that it is my right to express that belief to them and our elected representatives. One of the most effective ways to do this is in the immediate vicinity of places like the Fertility Control Clinic especially for those who have no access to the mass media.

Wow, what a champ. Of course she was not going out of her way to be jailed – her family does come first. As she told me, “My first duty is to my kids, so there’s no way I’d sacrifice them.” But she nonetheless took a great risk here, and her actions are well worth applauding and emulating.

Thank you Kathy for doing what so few others would even dream of doing. You are the sort of champion we need far more of. She was not alone there today. Some of my friends were also there to offer moral support, prayer support, and a bit of a pictorial record of this event for future reference.

So the story has just begun, and we have yet to see how it will all pan out. But it required one very courageous woman willing to sacrifice everything: even her own 13 children to take a stand for what is right. God bless you Kathy. You are a superstar in my books, and I hope your heroic efforts will inspire many more folks to stand up and be counted.

Let me close with a quote I have shared before. It comes from Melissa Moschella and her August 2014 article, “A Time for Heroism”. It reads:

Perhaps there are times and places in the history of the world in which it is possible to go through life as just an ordinary, good person—a faithful spouse, a loving parent, a concerned citizen, a regular church-goer, an honest and industrious professional—leading a normal, quiet life, not making waves or standing out in any way. Perhaps. But the United States of America in the year 2014 is not one of those times and places. Rather, in our contemporary society, the only way to be good is to be heroic. Failing to act with heroism inevitably makes us complicit in grave evils.

Anything less will just not suffice. And with the help and strength of God we can do it.