I want to discuss one of the most powerful – albeit negative – forces in the universe. A Christian would likely suggest that Satan fits the bill here. And that he does, but I want to narrow things down a bit more. What is one of the things Satan uses to real good (or rather, bad) effect?

I refer to the enormous power of deception. All forms of deception can be immensely powerful and controlling, and self-deception is certainly one of the most worrisome among them. The ability of people to deceive themselves, or be deceived, seems almost limitless.

And once someone is in the throes of deception, it can be very hard indeed to break people out of that. It is like some great force has taken over that person, and they become almost unreachable. It is as if they are now under the control of someone else. And spiritually speaking, they are.

As mentioned, there are different types of deception. Mass deception is another sort that is frightening to behold. The power that demagogues and charismatic leaders can have over the masses is all too familiar. Whether it be a Hitler, or a Jim Jones, or some other cult leader or political personality, masses can be easily led – and deceived – by these leaders.

I see this happening again in large measure with what can only be described as the Trump cult, with millions of people willing to believe his every word and follow his every command. I have had to personally deal with countless of these individuals, and they have been among the spookiest folks I have ever encountered.

Even those who claim to be followers of the Lord Jesus Christ can have their heads and hearts turn to mush as they hold this guy up to be some messiah figure. They are quite happy to jettison core biblical values such as humility, righteousness, godliness, integrity, honesty and decency as they shill for this guy as if he were Jesus Christ.

That in my books is mass deception of a high order, and it is one of the most shocking things I have had to deal with in recent times. But individuals can and do become deceived quite easily as well. It happens all the time. A friend was just over to my place for a visit and we discussed one such sad case. 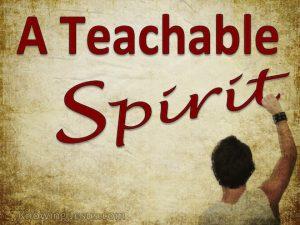 We had known a young couple with young children and had visited them now and then, sharing our Christian faith together. Because they lived a ways away, we did not see them that often, but kept in touch via social media, etc. But sadly it seems they have now lost the plot altogether – and that includes losing the faith.

They had not been in any regular Christian fellowship it seems, and were not attending any church. But over time they started drifting into the weirdest and most bizarre cultic and heretical stuff. They evidently had a bit of spare time on their hands so they did most of their “learning” by looking at various YouTube videos.

Now checking out some videos can have its place, but the first port of call should be of course the Bible, and then godly and well-trusted teachers and preachers, etc. But if your discernment levels are not very high, and your biblical knowledge is not really up to speed, that makes you a prime candidate for falling into deception big time.

And that is how most cults and aberrant groups pushing heretical and dangerous doctrines get most of their members: those who are not really biblically literate, and those who are not grounded in the faith via good fellowship and sound teaching.

So as the months went on, we saw some of the most ridiculous, fanciful and downright cultic stuff being shared and promoted by these folks. A number of us tried to reason with them, plead with them, pray for them, and share Scripture with them. But it was all to no avail.

They lashed out in anger as a number of us tried to reach out to them in love. They had become calloused and closed to admonition, to correction, to counsel. That is usually how the cultist becomes. He loses all humility and with it a teachable spirit, and becomes proud, resistant to truth, and closed to reason. Such folks can only be prayed for at the end of the day.

And Scripture speaks to this so often – how could they miss it? God resists the proud – we find this taught throughout Scripture. Those who are proud, arrogant and closed to the possibility that they might be wrong simply cannot be taught or corrected – they have an unteachable spirit.

And all this comes down to deception. There is plenty of self-deception going on here, as well as satanic deception coming in via false teachers, cultists, and religious whackos. As I said, this is one of the most powerful forces in the world.

Good ordinary people who were once good Christians have now completely gone off the deep end and derailed their faith. Indeed, not only have most of us been unfriended by these folks and told we are not wanted in their lives, they have now gone even further, declaring themselves to be atheists!

Yes, from Christianity, to deception, cultism, and now the full renunciation of the Christian faith. Wow, the power of sin and the power of deception. I of course do not mean to pick on this couple – there would be countless other folks in the same boat. I know of so many who have gone into weird and dangerous teaching and cults, and they are now quite lost.

All we can do is pray for such folks. They hate receiving any form of instruction or correction. As I said, they have one of the things we should all fear like the plague: an unteachable spirit. Humility and being teachable always go together. Pride and a refusal to be taught and counselled always go together as well.

That is why I tell my students over and over again that the best place they can be is on their knees in brokenness and humility before almighty God. That is really the only safe place to be in. A craving for the truth, coupled with humility and a teachable spirit will almost always ensure that you stay on the straight and narrow.

And I know a bit about this. I too was once part of a dangerous and wild cult. But our cult leader made one serious mistake: he told us repeatedly that we should keep praying to know the truth. Well, I for one did – constantly. And as a result I and the others were eventually set free from this cult.

And I still pray that prayer today: “Lord, please, let me never wander from your truth”. The best thing I can do is keep seeking the truth, keep asking God to break me when needed, and help me by his grace to remain humble, with a teachable spirit.

Or as Alexander Solzhenitsyn once put it, quoting an old Russian proverb: “One word of truth shall outweigh the whole world.” Amen. Truth, coupled with humility and brokenness, may be the most powerful force the believer has. Let us use these and pursue these with all our heart. Not to do so puts us all at risk.

13 Replies to “Deception: One of the Strongest Forces in the Universe”