They could not even tell you who might be running in a major election, or who some of our highest office holders are. They know nothing about politics and care nothing about politics. As Pericles is reported to have said 2500 years ago, “Just because you do not take an interest in politics doesn’t mean politics won’t take an interest in you.” Or as Plato said around the same time: “The price of apathy towards public affairs is to be ruled by evil men.”

On the other side of this spectrum are those who can only be described as idolaters: they extol some candidate as if he were Jesus Christ at his second coming, or elevate some party as if it could do no wrong and demands of us total obedience and subservience.

Of course when such levels of idolatry occur – and idolatry can take place even over good things – then we are well on the road to apostasy. When believers will sell their souls to the devil, or some politicians, then you know America is just about finished. And I have sadly encountered countless such “Christian” supporters and worshippers of Trump.

Daily I encounter such reprehensible and sinful idolatry. And this from so-called conservatives and Christians, not pagans and secularists. I have documented plenty of their blasphemous and idolatrous claims and actions. It is so painful to behold such outright rebellion against the one true God. 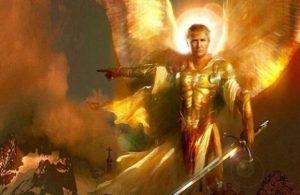 I have even had Trumpites insisting that unless I personally know Trump I cannot and must not question him or criticise him! Really? I never personally met Stalin or Pol Pot or Clinton or Obama either, so according to these folks I must not say anything negative about them either?

When that which can only be reserved for Jesus Christ is given to immoral, arrogant and pagan politicians, then you know ugly idolatry has taken over our churches big time. There is only one person in the universe who should be trusted implicitly, never questioned, always promoted, and never doubted – that is Jesus Christ.

Thankfully not all Trump supporters are this bad. Some try to make a cogent case as to why he might be worth our support. But the interesting thing is, almost none of these folks can offer us any positives about Trump, it is only the negatives about Hillary that they run with.

Yes I get the fact that Hillary is bad news. But what bothers me greatly is these folks do not realise – or care to realise – just how bad Trump is as well. They seek to turn him into someone he is not and has never been. A recent example of this comes from respected theologian Wayne Grudem.

Let me say at the outset that I usually greatly enjoy the guy. I own a dozen of his books, and I used his systematic theology as a textbook when I taught the subject. But his recent piece is a real disappointment: townhall.com/columnists/waynegrudem/2016/07/28/why-voting-for-donald-trump-is-a-morally-good-choice-n2199564

A number of folks have responded to Grudem, and have done very well indeed, so I will let them speak here. Warren Throckmorton had a very important piece showing just how far down the tubes American Christianity now is: “Compare What Christian Leaders Said about Bill Clinton in 1998 to Trump Endorsements Now”.

Back then Christians were rightly concerned about ethical issues, and rightly emphasised the importance of character and integrity. In a public statement Grudem and 150 other leaders insisted on these core truths. The document said in part:

We are aware that certain moral qualities are central to the survival of our political system, among which are truthfulness, integrity, respect for the law, respect for the dignity of others, adherence to the constitutional process, and a willingness to avoid the abuse of power. We reject the premise that violations of these ethical standards should be excused so long as a leader remains loyal to a particular political agenda and the nation is blessed by a strong economy. Elected leaders are accountable to the Constitution and to the people who elected them.

A hearty amen to that – and to the entire document. Yet now all this is being thrown out by zealous Christians – including some who signed this, like Grudem. Regretably they are seeking to shill for Trump at all costs, no matter how immoral, arrogant, pagan and reprehensible he may be.

Throckmorton offers more important moral reasoning from that document, then goes on to say:

People like James Dobson, Eric Metaxas and now Wayne Grudem are telling us that it is our duty to throw this reasoning aside and lower or abandon the threshold. I still believe there is a “reasonable threshold of behavior beneath which our public leaders should not fall.” And I believe that the “moral character of a people is more important than the tenure of a particular politician.” In this case, I believe these principles are more important than getting Donald Trump elected or furthering whatever aspect of a political agenda of importance to those who support him.

Another very important response to Grudem came from David French. He looks at how Grudem bends over backwards – like countless others – to try to convince himself that Trump is somehow a conservative. But he ain’t – he has never been one. French offers plenty of words from Trump’s own mouth on this, then says:

Rather than truly grapple with Trump’s wild, leftist, and inconsistent policy statements, Grudem simply pretends most of them don’t exist. But the problem with Trump isn’t just that he lies habitually (though that is a big problem), it’s also that he’s been all over the place on policy. In other words, he’s not just a known liar who sometimes tells me what I want to hear, he’s a known liar who also tells me reprehensible things. Who can know where he really stands? Indeed, if one just examines the Republican Convention, it’s clear that his main policy proposal is simply to apply a magical dose of “Trump” to every domestic and international problem. I understand the impulse behind Grudem’s piece. I really do. It is hard to face the fact that — on balance — Trump is no better than Hillary Clinton. Hillary is a dreadful politician, and Republicans have waited for years for a great candidate to take her on. They’re still waiting. It’s Democrat versus Democrat for president, and no amount of wishful thinking can change that sad reality.

And an excellent reply to Grudem comes from Philip Swicegood. I urge you to read it all, but he concludes this way:

I think the world of Dr. Grudem and hope to meet him one day. Many good Christians will go out and vote for Trump on November 8th, and their eternal status will remain unchanged. Before you pull the lever on November 8th, make sure Donald Trump has earned your vote. He is not entitled to it, and you will not be helping Hillary Clinton if you choose not to. As for me, I will not be voting for Hillary Clinton or her pathological, lying donor, Donald Trump.

And Doug Wilson is always worth counting on here. He also examines the counsel of Grudem then cuts to the core issue:

What is the problem then? Just hold your nose and vote for Trump. But we are not voting for consequences and results. We are not voting for abstract principles. We are voting for a person. We are choosing between a corrupt clown and mendacious felon.
Now the fact that this is our only practical choice has to be received as a judgment from God. This is the hand of the Lord upon us. Read the first two proverbs of Proverbs 29 together. “He, that being often reproved hardeneth his neck, Shall suddenly be destroyed, and that without remedy. When the righteous are in authority, the people rejoice: But when the wicked beareth rule, the people mourn” (Prov. 29:1–2).
Whether we get Trump or Hillary, one thing is certain. We deserve worse than that. We have to take up our problem with God, because He is the one visiting this plague of an election on us. And He is doing so for reasons that are righteous, holy and just. We deserve the rulers we have gotten, are getting, and are going to get. Wicked people get wicked options in their elections. The problem is not the RNC, or the DNC, or whoever else we might want to blame. We have met the enemy, as Pogo said, and he is us.
If the hand of the Lord is upon us, the way out is repentance. We cannot manage our way out. We cannot do a little voting triage. We cannot game the system. What is happening is the judgment of God. And if God is judging a stiff-necked people, as He manifestly is, it is no solution to suggest that we try to dodge the flaming hailstones. The way out is repentance. And I don’t primarily mean repentance at the polling booth. Right repentance will eventually show up at the polls, but I am talking about the country turning back to Jesus Christ through a great reformation and revival. If you want anything else, you are desiring salvation without a Savior.

Yes 100 per cent right. I have been saying this for months now: this utterly diabolical choice we have can likely mean only one thing: the just judgment of God is upon the sinful and rebellious United States, and the only way out is deep and lifechanging repentance. Electing either one of the two NY liberals will not save us.

As a fitting summary of this whole discussion, a short tweet from Matt Walsh says it all: “Trump is a fraud, his fans are fools, the media is detestable, Hillary is awful, everyone is wrong and this election sucks. The end.”

16 Replies to “America, Apathy and Apostasy”