OK folks, we seem to have an emerging – although perhaps unlikely – conservative superstar on our hands. Australian television personality Sonia Kruger is at it again, and has demonstrated that she has more courage and common sense than most folks ever will.

Because she took a bold and principled public stance a few weeks ago on the issue of Islam, she was absolutely abused and brutalised by all the usual suspects. The whole episode resulted in such a furore that I penned not one but two articles on this champ and her stance:

The articles seem to have struck a nerve or two, with the first one shared on Facebook over 21,000 times, and the second over 4,000 times. People all over the country were proud as punch that we finally had someone willing to tell it like it is, and not be cowed by the PC thought police and the Islamophiles. 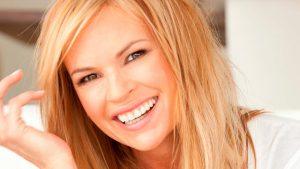 I guess most of us assumed this was all just a once off, but it seems that she is in fact still speaking out when it matters. She has had some more courageous comments presented in public, and as usual we have had more of the PC moonbeams out to get her.

But as with her earlier remarks, it seems the great majority of ordinary Australians are fully behind her. Here is how one news report covered the latest incident:

Sonia Kruger has unleashed controversy on morning television yet again, this time laying into a scholarship program for LGBTI high school students. The television host slammed the scholarship as “reverse discrimination” on the Today Extra show this morning, two weeks after her call for a ban on Muslim immigration sparked a widespread backlash. Dubbing the program “odd”, Kruger said she did not understand why a $7000 scholarship was being reserved for a lesbian, gay, bisexual, transgender or intersex student.
“I don’t think it should have anything to do with the awarding of a scholarship,” Kruger said. “I thinks scholarships should be given on merit.” Her comments followed today’s front-page story in The Australian, which revealed that the Australian Business and Community Network Scholarship Foundation had reserved a place in its Year 10 scholarship program for an LGBTI student.
Family Voice Australia criticised the scholarship as “another example of ideological activism making its way into schools”. The lobby group’s national policy officer Damian Wyld argued it was inappropriate for children to “be asked to declare their sexuality or gender identity”.
“Why should children, especially in a school setting, be asked to declare their sexuality or gender identity? Many 15-year-olds are still working through issues around sexuality,” Mr Wyld told The Australian. “Offering a financial incentive to identify as ‘lesbian, gay, bisexual, trans and/or intersex’ is completely inappropriate.” The scholarship application form, which must be filled out by the school principal, includes a question about sexual orientation. Applicants have the option of choosing “prefer not to say”.

Both Kruger and Wyld are absolutely correct in their remarks, and this whole scholarship is certainly bizarre and unnecessary. It is indeed another type of discrimination, of special treatment, of preferential policies. Um, I thought that the homosexual activists have been saying all along they want equality, they want to be just like everyone else.

Then why do they keep demanding and getting preferential treatment, special rights, and concessions that no one else seems to get? At the moment the most victimised and ostracised group around are biblical Christians who dare to stand up for what they believe in.

So will they be getting special treatment as well, and all sorts of nifty scholarships? If not, why not? Why has homosexuality not only been the flavour of the month now, but the flavour of decades now? Over a half century of special rights have made this the most politically protected lifestyle around.

And if all this is bad enough, check out the ridiculous questionnaire that goes with the scholarship. The application form has various questions, including one on sexual orientation. There are four options that can be chosen from:
-male
-female
-transgender
-prefer not to say

So we are dishing out (presumably) taxpayer money to a specialised group, even if the said specialised group can refuse to specify just how special they are! Right – makes perfect sense. So I guess I could fill out the questionnaire as well, and just say I prefer not to say what my orientation is.

If they object that I am not a student, am not at school, am not in Year 10, etc, I can simply say that such requirements are obviously cases of blatant discrimination, bigotry and intolerance. Why should I be excluded from this just because I am not a Year 10 student?

Indeed, why do they even need to know all these minor details? I should be allowed to say I prefer not to say what my educational status or age is. After all, it is all a matter of what I identify with, isn’t it? If I identify as a Year 10 student of unknown sexual orientation, that should be just fine in today’s moonbeam PC climate.

So well done Sonia. You have once again proven that you have more guts than all of the wilted pansies in our midst. And you have far more intelligence and common sense than most of our experts and elites put together. That makes you a superstar in my books.