On August 9 the Australian federal census will take place. There have been various concerns expressed about this from different quarters. Some are legitimate concerns while others are less so. So let me look at some of these issues. One major concern has been the push by atheists to have “no religion” strongly emphasised. 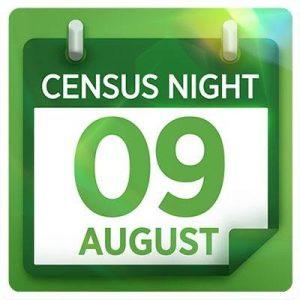 Whereas it used to be at the bottom of the list of religions in previous recent censuses, it is now squarely at the top. That has been a big concern for many – especially for Christians. What is this all about? Why is the government cosying up to atheist groups here?

And that is exactly what they are doing. A quick look at the groups pushing this, and their public advertising campaign, reveals we certainly do have some activist atheist groups behind all this. One good expose of this was by Paul Murray of Sky News.

This 7 minute video clip is quite revealing, even though Murray admits to being an atheist himself. But he does a good job of exposing those militant atheist groups behind all this: twitter.com/SkyNewsAust/status/760797926377476096

The concern about all this, as both Murray and many Christians have pointed out, is how this info (with increased “no religion” responses) might impact things like the tax-exempt status of churches and so on. Ros Phillips of FamilyVoice warns about this:

This year, the religion question – and its implications for the funding of school chaplains and faith-based charities, as well as tax-exempt status for churches – is all important. The religion question is the only one that is not compulsory. It lists six Christian denominations and three non-Christian religions, with a space for “other” – but this year for the first time, “No religion” is the first option. That was the result of a quiet campaign by the Atheist Foundation of Australia three years ago. They hope that putting “No religion” at the top before any other option, they would win the “donkey vote” – and ultimately force governments to end any subsidy or recognition for the huge amount of public good done by faith-based community organisations.
They have also mounted an advertising campaign in supermarket car parks and elsewhere, urging people to mark the “No religion” box. The problem is compounded by the fact that many non-denominational Christians mark “No religion” because they have faith in Christ, but don’t belong to a particular denomination. To them, “religion” means “denomination”. What can we do? Make sure we answer the religion question – by marking one of the six boxes for Christian denominations, or writing “Christian” or something similar in the space provided for “other” religion.

Of course I have written before as to whether it is a good thing for church groups to be getting tax-exempt status and be dependent on other government benefits. See here for example: billmuehlenberg.com/2016/07/10/start-shutting-churches/

As mentioned, there are other potential problems with this census. One guy told me that he had these concerns (referring to the video clip by Murray):

“I am seriously concerned about this. This guy is an atheist…I don’t think we should take counsel from the ungodly. We are not ticking off a box that asks if we love Christ. It is asking us to define ourselves for possible future persecution. Why should we do that? This Census is SERIOUSLY concerning! God was very angry when David took a census.”

As to his first concern, this is easily dealt with: All truth is God’s truth. If an atheist says “2+2=4” he has made a true statement. I have no problem with that. If an atheist warns about an atheist plot then praise God for it – he will have more clout than I if I seek to expose this.

As to appealing to Israel re a census, the obvious point to make is 21st century Australia is not Israel. Why were such censuses problematic for Israel? The short answer is they were not always a problem. A census could be commanded by God (Numbers 1:1-3 is just one example), and thus were quite acceptable. This was usually done for taxation or warfare purposes.

But sometimes this was done without God’s express instructions. If a census was used to determine how many fighting men were available, the problem could arise that this was about putting trust in armies and numerical strength instead of in Yahweh. Such misplaced faith in human ability apart from God was something God always condemned.

But all that of course has nothing to do with this census today in Australia. This is about gathering general information. There may be a place for governments to collect such basic data. Those who are worried about privacy issues and the like can decline to fill it out if they like. But that is another matter.

And of course one can rightly be concerned then about the penalty for not filling it in: $180 a day for every day that you don’t return the filled-in form. Now that is something libertarians, if not conservatives, might rightly make a stink about.

We can ask if this is an over-stretch of government, and a draconian intrusion into our privacy and our freedoms. That is an issue we can indeed debate, and there would be pros and cons here. I am no fan of big government and statist over-reach, so for purely political reasons – not biblical ones as such – this can be a genuine concern.

And asking people about their religion has been going on since the very beginning – it was in the first census in 1911. The fact that this might one day be used to persecute Christians is possible – but it has been possible all along. That government can abuse and misuse anything, including general data about its population, is always a concern.

One article offering FAQs on this puts it this way:

Privacy worries have been a major concern for a lot of people in the country’s first digital Census. The ABS says the information you give is not shared with any other government departments or agencies like the police, Australian Taxation Office or Centrelink. It is legally bound to protect the privacy of everyone who does the Census and will not release information in a way that will identify any individual or household. After four years, in August 2020, the ABS will destroy names and addresses.

There would be two unhelpful extremes here in how we react to these claims. One would be to fully trust the government and believe that this information will not be misused, whether now or in the future. We should not be quite so gullible. While governments are ordained of God for a fallen world, they are seldom fully trustworthy at the best of times.

The other extreme is of course to go down the conspiracy theory path, and insist that this is all part of a sinister government plot to enslave the population and turn Australia into a dangerous dictatorship. I am not a great fan of conspiracy theories, and while there may be some folks who want to go this direction, I will not just yet fall for this rather unnecessary fearmongering.

So if people might be wondering whether I think all this is some fulfilment of Revelation 13:15-18, my answer is no – at least not yet. One day all this may be possible. But for now, it seems overstating a case can be just as harmful as understating a case. I prefer biblical balance here, not unnecessary alarmism and sensationalism.

Make no mistake – I am certainly not saying all this is peachy keen. We may well have cause for concern here. Governments usually overstep the mark at some point. Any information a government collects can potentially be used against its own citizens. So those who detest the idea of a mandatory census may need to mount a campaign to see it abolished.

But everything is subject to misuse and abuse. I will not live in paranoia just yet about the government snooping on my every move, what I eat, what clothes I wear, what TV shows I watch, and so on. Sure, I will be vigilant, and seek to keep all this in check. If and when it does seem to be getting out of hand I will certainly join in with the resistance.

But I am not sure we are quite at that point yet. So my advice is to prayerfully and carefully fill this survey in. The religion question is optional, but let us not give the rabid atheists any more ammunition than they are already seeking to get out of this census.

8 Replies to “On the National Census”