This is a theological and biblical exercise, dealing with topics that have been debated for centuries. Indeed, entire libraries have been written on such topics, so this is going to be the briefest of brief introductions to it all. But how do we understand the three key factors of God, self and Satan in the ordinary affairs of life?

In most situations we find a confluence of factors involved, and one can ask how, and how much, they come into play. That is, when human beings take a course of action or experience something, we often ask how God fits into these things, and/or how Satan and demonic forces might be involved. 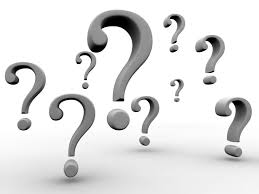 As a major biblical example, when Christ died a cruel death on the cross, how much of this was due to Satanic activity, human choices, and divine activity? In this case almost all Christians would say this was of course fully part of the purposes and plans of God. It was God accomplishing his goals in redemptive history.

But that does not mean the other two players had no role. Human beings sent Christ to the cross. Broadly, every single sinner ever to live sent him there, but particularly, the Roman and Jewish rulers were clearly involved and fully responsible. And so too was Satan, who must have thought he had pulled off the win of the century when Jesus died.

Billions of other actions and events can also be considered in terms of these three players. And one’s theology may well determine which one receives the most emphasis. Calvinists for example would certainly stress God and his sovereignty above all else. Arminians would strongly emphasise human responsibility, while those into deliverance type ministries for example might dwell more on Satan and the demonic.

All of this might seem like a dry theological exercise, but it does in fact have very practical implications for how the Christian thinks and acts in his daily walk with God. If we see every single thing that happens as the direct, express will of God, that may lead to passivity, inertia and inactivity for some.

Those who think everything is pretty much based on our own choices may become easily discouraged as they underestimate the vital role God plays, while those who might see demonic activity behind every action may end up being fearful, paranoid, or too simplistic in understanding Christian actions.

So our views on all this can determine at least in part how we operate as Christians. Do we just let go and let God? Do we redouble our efforts? Do we do more spiritual warfare? One’s understanding of these matters will often greatly influence the way we do things as believers.

Let me offer just a recent example of how one might think about these three aspects of the Christian experience. I do a weekly interview with a Christian radio network, usually based on a recent article I have penned. We had done our usual pre-record on a Wednesday.

The topic was repentance, and when we finished recording it we both agreed we had done quite well, and some solid biblical truth was covered in the 12 minutes. But soon afterwards I was notified that the whole thing had gotten lost! A different recording studio had been used, and the tech team had mentioned some glitches that were taking place.

So we agreed to do it over again live on the Friday when it normally would have been broadcast. It ended up being a bit different from the first one we tried, but at least it made it to air. So I was left thinking about the three actors involved in this.

There was admittedly some human error or shortcomings involved. And of course Satan hates everything about God and his people, so he would love to see something like this not get broadcast. But God too may well have his purposes, and may have had a good reason for allowing things to play out as they did.

For example, between the Wednesday and the Friday I had been reflecting more on the topic, and some things not really covered in the first interview were raised in the second. While both interviews dealt with sin and repentance, and how it is underplayed so much in contemporary Western Christianity, the biblical corollary of mercy and forgiveness really only got a hearing the second time around.

While one cannot cover all the bases in a 10 to 12 minute discussion, getting in the valuable truth of God’s eagerness to forgive when we turn back to him is a key issue worth repeating. So in some ways the second interview may have been better than the first.

Of course the two of us always pray before each interview, and ask for God’s close involvement. So perhaps as part of answering that prayer, God allowed the first one to be lost, so that this somewhat different version might be featured instead.

Of course as with most of this, one can only surmise, and it is not too helpful to over-analyse it. But it is a normal part of the process to ask questions, especially when something seems to go wrong. “Why God? Why did this happen?” The full answer to all this will only fully be known in the next life.

Now all we can do is seek to do our best, seek to trust God fully, seek to disarm the powers of darkness, and leave the results up to God. We must rely on faith when mystery and uncertainty reigns. Thus I am in good measure just guessing in my above remarks about why the first recording failed.

But likely all three actors were involved. But the good news is – and one need not be a Calvinist only to appreciate this fact – is that above all there is a loving and wise God who is working out his overall plans. We can rely on passages like Romans 8:28 (ESV), which comfort us by stating that “for those who love God all things work together for good, for those who are called according to his purpose.”

Sure, we will still have a million questions: “Why has this happened? Why did God allow this to occur? Was this all my fault, or Satan’s, or a combination thereof? Has God abandoned me?” Plenty of thoughts come to mind for the believer, whether about lesser things such as misplacing the car keys, to weightier matters such as the death of a loved one or the failure of a Christian ministry.

Blaming ourselves entirely for various misfortunes needs to be balanced by realising that the enemy of our souls is actively at work, but more importantly, the Lord of the universe is also working out his purposes. How all three fit together is subject to plenty of uncertainty.

Sometimes we have no idea why something has happened. But at the very least, we must continue to trust and depend on God. Sure, if we are making human mistakes and acting irresponsibly, we need to seek to work on that. And we need to be more aware of demonic influences and interference, and deal with that accordingly.

But above all we need to understand that God is not at a loss when various things happen to us, but he continues to sit on the throne and he continues to bring about his aims and purposes. It is OK to think about these things and wrestle with these matters, even though we will never get full clarity and all the answers we seek in this life.

But being aware of the various influences going on can help us as we seek to best serve our Lord.

4 Replies to “God, Satan and Self”