There have always been apologists for evil. But here I especially refer to those who should not be such apologists. We expect those committing sin and engaging in evil to seek to justify and whitewash what they are doing. But we should not expect others to do the same – especially Christians.

Yet I find this happening time and time again. Sinful activities and evil actions are constantly being excused and made light of by various Christians. Instead of resisting sin and promoting righteousness, far too many believers today are siding with sin – and sinners.

Instead of siding with God, they actually side against him. Yet they still claim to be followers of Christ. Let me offer a few recent examples of this. They could be replicated many times over, but are representative of how some believers side with evil while resisting God. 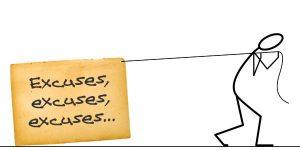 The issue of homosexuality is one such area where countless Christians have decided that God is wrong on this issue while sinners are right. In one case I wrote a piece about some Christian pop star that came out declaring his homosexuality – all the while betraying his wife and kids.

Most believers were rightly shocked by this outrageous behaviour, but I actually had one Christian jumping to his defence and attacking me! He claimed I should not be ‘putting the boot into this guy’, said he needs help not condemnation, and said he likely was paying a big price for coming out this way.

I was rather staggered by that reply, so I sought to respond to him. I of course questioned his claim that I was putting the boot in – is that what defending biblical truth has now become? So was Jesus putting the boot in when he proclaimed truth and challenged unrighteousness? Or the prophets, or the disciples?

And I mentioned that it goes without saying that such people need help. Indeed, in my article I had clearly stated that we should pray for him. But sadly no genuine help can be given to someone as long as they are shaking their fist at God, calling him a liar, and rejecting his Word.

Until such a person repents and agrees with God, there is little help that we can give him. Making cheap excuses for him and trying to defend him sure is not helping him. That simply further condemns him in his sin. Sorry, but Scripture makes it clear that we must warn the sinner of his way, and the consequences of it.

I certainly challenged this critic’s claim that the musician would pay a high price. The truth is, homosexuality has been the flavour of the month for decades now. By turning on God and embracing the lies of Satan as he shamelessly claims God made him a homosexual, that he cannot change, and that this is who he is, he will be roundly praised by the world, and by plenty of clueless Christians as well.

He has now gone from being a nobody to a superstar, being celebrated, honoured, praised and cheered everywhere, especially by the secular media. He has now guaranteed his career will be enhanced enormously from here on in. In fact, he even secured a gig at an upcoming homosexual pride festival.

As if he was just some poor victim who is being “honest” here. Yeah right, when someone makes excuses for known sin, rejects the clear teachings of Scripture, and calls God a liar for insisting he can radically change people, that is not being honest but defiantly rebellious. There is nothing at all virtuous about such “honesty” – it comes straight out of the pits of hell.

My second example comes from another key area where we have millions of clueless Christians defending evil. I refer to all the Christian apologists for Islam. They clearly know nothing about the political ideology known as Islam, but apparently know little about their own faith as well, since they seek to tell us how similar both faiths are and that we must just basically embrace Islam and Muslims – no questions asked.

In this particular occasion I had featured one example – of many – of Muslim athletes at the Rio Olympics treating Israeli athletes abominably. I said there were many such incidents, and I highlighted one in which an Egyptian Muslim wrestler refused to shake the hand of his Jewish opponent after he lost to the Israeli.

Yet I actually had a Christian rushing to the defence of the Muslim, saying we should feel sorry for him and that he had little choice, and so on. I replied by reminding him that this was just one example of many, that Islam has featured Jew-hatred throughout its 1400-year history, and that I would not allow foolish excuses for anti-Semitism on my page. He kept on trying to justify this guy’s actions, saying he was under great pressure, etc., no matter what I and others said. Under the guise of some sort of Christian compassion, he simply allowed cheap excuses for this ugly anti-Semitism to go unchecked.

Even when I pointed out plenty of other examples of this, including Muslim athletes refusing to get on buses with Israeli athletes (what pressure did they face?), he still did not seem to get it. I finally posted a link to an important article which fully explains the reprehensible behaviour we see being played out at the Olympics.

I refer to a 2012 piece by Nonie Darwish, “Why Muslims Must Hate Jews.” Let me quote from this important article:

Recently, a Pakistani religious leader, Pirzada Muhammad Raza Saqib Mustafai, said: “When the Jews are wiped out … the sun of peace [will] begin to rise on the entire world.” The same preaching is routinely done not only by clerics, but by politicians – in Iran, Saudi Arabia, Egypt, and elsewhere. This is not just Ahmedinijad; it is at the heart of Islamic theology that world peace will be established only when all the Jews are wiped from the earth. But few people in Western media are alarmed by this kind of rhetoric or care to expose this dreadful dark side of Islam’s obsession with Jew-hatred.
I do not believe that one has to be an authority on human behavior or group thinking to find out the obvious pathology in Islamic Jew-hatred. It is time for all of us to uncover and expose this atrocity against the Jewish people. We owe that to humanity and the truth.

She examines how this has been part and parcel of Islam from day one, with Muhammad up to his ears in this. She continues:

Mohammed portrayed himself as a victim of Jews, and Muslims must avenge him until judgment day. With all Arab power, money, and influence around the world today, they still thrive at portraying themselves as victims. Sharia also codified into law the duty of every Muslim to defend Mohammed’s honor and Islam with his own blood, and allowed the violation of many commandments if it is for the benefit of defending Islam and Mohammed. Thus, Muslims are carrying a huge burden, a holy burden, to defend Mohammed with their blood, and in doing so they are allowed to kill, lie, cheat, slander, and mislead.
Mohammed must have felt deep and extreme shame after what he had done to the Jews, and thus a very good reason had to be found to explain away his genocide. By commanding Muslims to continue the genocide for him, even after his death, Mohammad expanded the shame to cover all Muslims and Islam itself. All Muslims were commanded to follow Mohammed’s example and chase the Jews wherever they went. One hundred years after Mohammed’s death, Arabs occupied Jerusalem and built Al Aqsa mosque right on top of the Jewish Temple ruins, the holiest spot of the Jews. Muslims thought they had erased all memory of Jewish existence.
Mohammed’s genocide of the Jews of Arabia became an unholy dark mark of shame in Islamic history, and that shame, envy, and anger continues to get the best of Muslims today. In the eyes of Mohammed and Muslims, the mere existence of the Jewish people, let alone an entire Jewish state, delegitimizes Islam and makes Mohammed look more like a mass murderer than like a prophet. For Muslims to make peace with Jews and acknowledge that Jews are humans who deserve the same rights as everyone else would have a devastating effect on how Muslims view their religion, their history, and the actions of their prophet.

Then and now, Mohammad and Muslims clearly chose the first worldview and decreed that any hint of the second must be severely punished. Jews must remain eternally evil enemies of Islam if Islam is to remain legitimate. There is no third solution to save the core of Islam from collapsing; either Mohammed was evil, or the Jews were evil. Any attempt to forgive, humanize, or live peacefully with Jews is considered treason against Islam. How can Muslims forgive the Jews and then go back to their mosques, only to read their prophet’s words, telling them they must kill Jews wherever they find them? It does not add up, if someone wants to remain Muslim.
That is why the number-one enemy of Islam is, and must remain, the truth. If the truth exposes Islam’s unjustified Jew-hatred, Muslims will be left with an empty shell of a religion, a religion whose prophet was a murderer, a thief, and a warlord. Without Jew-hatred, Islam would self-destruct.

These lengthy quotes help us to get a clear picture about what is now unfolding in Rio de Janeiro. If Christians were a bit more literate concerning Islam and its history, they would not have to resort to cheap excuses to defend such appalling behaviour.

Plenty more such examples could be provided of believers making excuses for sin, justifying evil, and defending the indefensible. It is time for this to stop. Believers should only be concerned about defending God and his Word, not his enemies and opponents.

5 Replies to “Making Excuses for Sin and Evil”