Jesus and the disciples clearly warned us about how things would pan out as Satan gets the upper hand and Christians fall heavily into deception and apostasy. They warned us about the way the faith would be undermined by wolves in sheep’s clothing, and how in the last days many would turn away from the faith.

Consider just a few of these warnings:

-Matthew 7:15 Watch out for false prophets. They come to you in sheep’s clothing, but inwardly they are ferocious wolves.

-Matthew 24:10-11 At that time many will turn away from the faith and will betray and hate each other, and many false prophets will appear and deceive many people.

-Acts 20:28-31 Keep watch over yourselves and all the flock of which the Holy Spirit has made you overseers. Be shepherds of the church of God, which he bought with his own blood. I know that after I leave, savage wolves will come in among you and will not spare the flock. Even from your own number men will arise and distort the truth in order to draw away disciples after them. So be on your guard! Remember that for three years I never stopped warning each of you night and day with tears.

-1 Timothy 4:1-2 The Spirit clearly says that in later times some will abandon the faith and follow deceiving spirits and things taught by demons. Such teachings come through hypocritical liars, whose consciences have been seared as with a hot iron.

And we see on a regular basis these very things coming to pass, as churches and church leaders abandon the clear teachings of Scripture as they seek to become trendy, relevant and hip with the world. An Adelaide church has joined in on this, and proudly so, as one news report recently states:

An Adelaide church has left its denomination so it can fully include gay people in its congregation. The move by Activate Church, at Bowden, which was announced during a service on Sunday, will cost pastor Brad Chilcott his marriage celebrant licence and denominational credentials.
Mr Chilcott said Activate withdrew from the Australian Christian Churches, which has 1100 churches nationwide, in part because the denomination had joined the anti-marriage equality group Marriage Alliance. He said Activate Church already had members of the lesbian, gay, bisexual and transgender community in leadership positions. “This puts us outside of the Australian Christian Churches position on human sexuality,” he said.
“In discussions with the ACC it became clear that our membership in the movement couldn’t continue if we were going to have LGBTQI people in positions of leadership — which we did know from the beginning. “As a community we’re also uncomfortable with membership in the Marriage Alliance and felt unable to be associated, via denominational ties, with that coalition.” 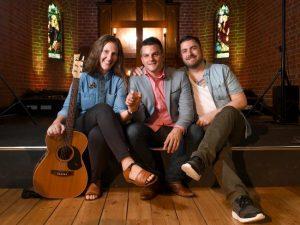 Good grief. So a Christian organisation that seeks to defend the biblical intention for human sexuality and marriage is a group to be avoided like the plague by these guys? Um, what is with these folks? The only good thing in this depressing news report is the fact that the ACC did not seek to keep them in the fold. Good.

Their “reasoning” is shocking. As usual a moral meltdown is accompanied by mental mushiness. Consider this silly statement: “We simply believe that all people are equal and should have equal opportunity to belong and contribute to our church.” As I have written before, it is one thing for a church to allow sinners to come in, hear the gospel, and have their lives transformed.

It is an altogether different matter to say anyone can be part of the church or be a member, regardless of whether they even believe the gospel, let alone are actually saved. The church is the fellowship of the redeemed, and the Body of Christ is comprised of those who have renounced their sin and turned to God in faith and repentance.

So yes of course the church should be open so that sinners can come in, hear the biblical gospel, and have an opportunity to become genuine Christians by forsaking sin and being remade into God’s image. But no Christian fellowship can allow clear sexual immorality to take place, and worse yet, be justified and encouraged. See more on this here: billmuehlenberg.com/2015/07/11/church-visitors-versus-church-members/

As is apparent, these folks have long ago thrown out the Bible on these matters. They are now just making things up as they go along. Paul was perfectly clear about these sorts of issues. Consider what he said to one church fellowship in Corinth. In 1 Corinthians 5:1-7 we read this:

It is actually reported that there is sexual immorality among you, and of a kind that even pagans do not tolerate: A man is sleeping with his father’s wife. And you are proud! Shouldn’t you rather have gone into mourning and have put out of your fellowship the man who has been doing this? For my part, even though I am not physically present, I am with you in spirit. As one who is present with you in this way, I have already passed judgment in the name of our Lord Jesus on the one who has been doing this. So when you are assembled and I am with you in spirit, and the power of our Lord Jesus is present, hand this man over to Satan for the destruction of the flesh, so that his spirit may be saved on the day of the Lord. Your boasting is not good. Don’t you know that a little yeast leavens the whole batch of dough? Get rid of the old yeast, so that you may be a new unleavened batch—as you really are.

If this does not perfectly deal with the foolishness being spouted out by the leaders at Activate, I don’t know what does. Sexual immorality is NOT to be tolerated in the churches. End of story. It is not to be promoted, endorsed, excused, celebrated or championed. Yet that is exactly what the leaders there are doing with the sin of homosexuality.

And notice the exceedingly strong words of judgment Paul pronounces on this rebellious and disobedient congregation. He would not buy for a second all this lame talk about love and inclusion. He was so aware of what damnable deception was going on there that he uttered a very extreme anathema over these reprobates.

But the Activate folks seem impervious to biblical truth. Consider the words of one worship leader at this church: “Churches should be safe and inclusive spaces for all people, regardless of their sexuality or relationship status.” Really? Do you seriously believe that? Oh, so you fully welcome adulterers into your church fellowship, and into leadership positions as well?

You welcome fornicators with no questions asked? You welcome with open arms those engaged in incest? You welcome those living in polyamorous relationships? Well, how very inclusive of you. You are being so inclusive you are including people right into hell. These social justice warriors are so fixated on secular sexual immorality, that they simply dump the biblical teachings on this.

Never mind what Paul said in such a crystal clear manner:

Or do you not know that wrongdoers will not inherit the kingdom of God? Do not be deceived: Neither the sexually immoral nor idolaters nor adulterers nor men who have sex with men nor thieves nor the greedy nor drunkards nor slanderers nor swindlers will inherit the kingdom of God. And that is what some of you were. But you were washed, you were sanctified, you were justified in the name of the Lord Jesus Christ and by the Spirit of our God. (1 Corinthians 6:9-11)

If this is not clear as day, then nothing in Scripture is. Yet these trendies at Activate think they can improve upon the Word of God. Indeed, they are openly declaring their contempt of the Word of God when they promote the very things it condemns. That tells us all we need to know about this “church”.

And get this howler from a Facebook posting: “We think gay, lesbian, bisexual, transgender, intersex and queer people are people. And that’s enough for me, and for our church.” Um, duh, tell us something we don’t know thanks. Of course they are people. But that is not the issue. Murderers, thieves, liars and drunkards are all people as well. But as we just saw, Paul says if they continue in these sinful lifestyles, they will NOT inherit the Kingdom of God.

But Paul offers this tremendous good news: “And that is what some of you were”. WERE – past tense. Yes, this fellowship at Corinth is now filled with ex-thieves, ex-murderers, ex-adulterers, and ex-homosexuals. The transforming power of God has turned these lost sinners into new creations in Christ. That is the glorious good news of the gospel.

But these trendies at Activate really think they know better than Paul. They think it is so cool and groovy to leave people enslaved in their sin, and just let them head off into a lost eternity. And these folks talk about love? It is the most hateful thing I know of to lie to sinners, pat them on the back and say they are just peachy, while they remain trapped in a depraved lifestyle while sliding into hell with the church’s full approval.

That my friends has nothing to do with love and acceptance but everything to do with hate and contempt. Satan loves it. He does not have to do anything – he can just sit back and let “church leaders” do his dirty work for him. Just as Jesus and the disciples so strenuously warned us about.

It is time these relativists come clean. Just whose side are they on? They have pulled out of the ACC. Either they repent and get back to biblical Christianity, or they should also renounce their claim to being Christian. If that seems strong, it is because this is serious business.

When sin is affirmed and sinners are coddled, leading them away from God, this is nothing to trifle over. As Dietrich Bonhoeffer rightly said, “Nothing is so cruel as the tenderness that consigns another to his sin. Nothing can be more compassionate than the severe rebuke that calls a brother back from the path of sin.”

30 Replies to “Another Church Sells Out”