The culture of death seems to be on a roll, ever expanding its deathly grip on our culture. Instead of valuing and cherishing life, we now find ever new excuses to snuff out life. This is found in our daily news, with shocking stories of more promotion of death over life. 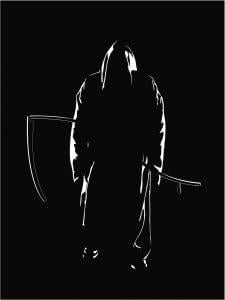 Here are a few more recent stories which should send alarm bells ringing, the first one from Australia. Most of you would have heard about a family of four that is now no more, thanks in part to the euthanasia culture. One gruesome news report opens this way:

A Sydney father who appears to have gassed his wife and their two autistic children, as well as himself and the family dog, sought help on how to die peacefully from Exit International, the euthanasia group founded by Philip Nitschke. Dr Nitschke said from Amsterdam last night that his group “had some contact” with the Manrique-Lutz family, whose bodies were found in their northern Sydney home at Davidson after the children, who were deaf and mute, failed to turn up at their special school on Monday.
The Australian is seeking to verify reports that Dr Nitschke has this morning said he made a mistake, and is now claiming that it was a different Mr Manrique from Sydney who contacted him about purchasing his suicide handbook. The Sydney Morning Herald this morning reports that Dr Nitschke repeated the claim that the family accessed his book when Fairfax Media initially contacted him in Amsterdam.

Nitschke however later backtracked claiming it was actually a different person he was thinking of. Regardless, this horrible incident is just another indication of a death-worshipping culture. Any imperfections in a human being is now seen as good reason to wipe that person out.

Another article offers the point of view of those seeking to defend the rights of the disabled:

Disability advocates have expressed dismay at the public’s response to the gassing of two autistic children in the northern Sydney suburb of Davidson, saying the case should be treated like any other murder. Mother of six Samantha Connor, who has two children with autism and who has been in Adelaide this week, pushing against a proposed new law that would allow for euthanasia for the terminally ill in certain circumstances, says the Sydney children were murdered, “so why do we have people saying: ‘oh, but it’s understandable’?’’
“I’ve read comments from people saying: ‘They were mute, they had autism, it must have been so hard to look after them, so we understand how you might want to kill them’,’’ Ms Connor said yesterday. “Why is this not being treated like any other case of straight-out domestic violence? Two children are dead and the police are not saying it was an accident, so somebody killed them, and yet we are all talking about it like it is OK.”
Philip Nitschke told The Australian this week that the family, who came to Australia from Colombia in 2005, had contacted the group he founded, Exit International, to order a copy of The Peaceful Pill Handbook. Dr Nitschke, who said no one should judge a parent who ends the life of a disabled child “without walking in their shoes’’, now says he made a mistake, and that it was a different family from Sydney with the name Manrique who downloaded the suicide handbook….
The public’s response has dismayed parents of autistic children, such as advocate Briannon Lee, who wrote a tribute on her blog, saying: “Elisa and Martin died along with their parents and their family dog this week. Their murder was premeditated with a complicated system of gas bottles filtering a lethal gas through their ceiling.
“As a parent of three autistic children, their deaths hit me hard. Their childhood and adulthood has been taken away. Yet all that commentators care for is describing … how much of a burden they were: ‘severe’ ‘dumb’ ‘very high complex needs’.”
Ms Lee said such comments “justify … (and) excuse their murder’’.
Parent Michelle Sutton, who is also raising a child with autism, wrote: “You know what I hear when I see those articles and read those comments? ‘Hey Michelle, if you feel like killing your kids, it’s okay, we understand’.”

Yes that is exactly the mindset we are cultivating here. ‘Murder is OK. Not everyone is fully human. Some cases are too hard. We need to weed out these imperfect specimens.’ Um, where did we hear that before? Oh yeah, back in the 1930s and 40s with Nazi Germany.

And overseas things are looking very grim indeed. Consider the first two nations to legalise euthanasia: Belgium and the Netherlands. The slippery slope there is well advanced. Consider two recent stories coming from these nations. The first is from Belgium:

A 17-year-old has committed doctor-assisted suicide in Belgium, the first minor to do so under rules adopted in 2014 allowing euthanasia for people of all ages, the head of the national committee for euthanasia said on Saturday. Wim Distelmans, who chairs Belgium’s Federal Control and Evaluation Committee on Euthanasia, told Reuters that the minor was 17 and that a local doctor had reported the case to his committee last week, but he gave no other details. Belgium legalized euthanasia in 2002, and two years ago amended the rules to permit doctor-assisted death for minors in a hopeless medical situation and with their explicit consent.

One prolife site offered this commentary:

The death of a terminally ill seventeen-year-old boy made headlines recently, as Belgium’s first case of child euthanasia. I don’t understand the sudden fuss. The Netherlands has long allowed minors to request and receive euthanasia: Dutch children down to age sixteen can receive euthanasia without their parents’ consent, and children can be killed by doctors with parental consent starting at age twelve.
Perhaps Belgium’s euthanasia law has received this recent media attention because it has no age limits, instead requiring that a minor demonstrate a capacity to make autonomous decisions before receiving assisted suicide. Think about this: Children who can’t enter into legal contracts, get tattooed, or be licensed to drive a car may request—and receive—death.
The healthcare system doesn’t dole out death only to teens and preteens. In the Netherlands, doctors commit infanticide against babies born with serious disabilities or terminal illnesses with impunity, even though the practice remains technically illegal. Indeed, doctors at the Groningen University Medical Center felt so safe committing infanticide that they published the Groningen Protocol, a bureaucratic checklist to help determine whether a baby is killable.
The protocol permits doctors to administer lethal injections to infants under three scenarios:
-the baby has no chance of survival (a circumstance that is sometimes misdiagnosed);
-the baby “may survive after a period of intensive treatment but expectations for their future are very grim”;
-the baby does “not depend on technology for physiologic stability” but has “suffering [that] is severe, sustained, and cannot be alleviated.”
This means that doctors are lethally injecting not only babies who are dying, but also babies with serious disabilities who do not need intensive care—those who are living what is sometimes called an “unlivable life” by Dutch infanticide apologists.

And what is happening in Holland is downright scary:

The ruling cabinet in Netherlands is contemplating a new provision under the euthanasia law, which would permit assisted death for people who, although not suffering from any terminal medical illness, are otherwise “done with life.”
A letter to the Parliament, signed by Health Minister, Edith Schippers, and Justice Minister, Ard van der Steur, stated that all elderly adults who consider their life complete should be granted the option to die. The doctor assisting them under strict and careful criteria would not be prosecuted under these new provisions.
A commission set up earlier this year by Schippers, and led by Dutch sociologist Paul Schnabel, concluded that it would be better to let the existing euthanasia law evolve in the same way it has done since it came into effect in 2002.
Netherlands’ NVVE has openly supported this new legal provision, claiming, “People should have a right to self-determination and that their autonomy should not only be respected but find assistance in the hands of medical doctors. Being tired of living because of the loss of loved ones, a lonely life, the incapacity to live a fulfilling life, and other factors should be taken into account.”

And all along the pro-death activists in these countries which have opted for legal euthanasia have insisted that plenty of safeguards are in place, the system will not be abused, and there will be no slippery slope. Yeah right. We see everywhere the right to die becoming a duty to die.

My new book, The Challenge of Euthanasia – out very soon – will feature loads of documentation on cases of the slippery slope in action. Once the door has been opened to legalised killing, it becomes an unstoppable force, with no limits.

With the Labor government in South Australia now the latest to push for this, we must raise our voices to protect the most vulnerable. If not, their blood will be on our hands.

7 Replies to “The Ever Expanding Culture of Death”