Os Guinness shot to fame when working with Francis Schaeffer early on at L’Abri in Switzerland, and with the publication of his 1973 volume, The Dust of Death. He has been going strong ever since, with numerous incisive books dealing with a Christian view of culture, society, ideas and politics, and the state of the church.

He always helps us to see the bigger picture of what God is trying to do in the world, and how he seeks to align his people with his purposes. His latest volume offers us more of the same, and it does not disappoint. And the big picture is this: the soul of the West is being challenged like never before.

At stake is whether the Judeo-Christian worldview and ethos continues to sustain and direct the West, or whether it gets beaten down, ignored and rejected, leaving a secularised West incapable of meeting the host of challenges it faces. 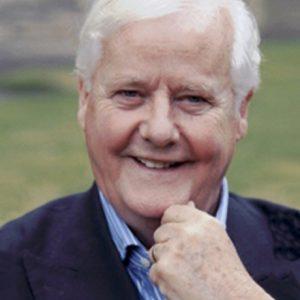 And the answer to all this largely lies with God’s people. Will they stand and be genuine counter-culturalists in these dark times, or will they capitulate, compromise and simply complain? The secularists are intent on ridding the West of its roots, and replacing its Judeo-Christian soul with one of their own making.

They look to be succeeding. The consequences will be enormous, and it will be the great reversal of what transpired centuries ago. In the past, out of an immoral, decadent paganism emerged Christianity which transformed the world and helped to bring in all the goods of Western civilisation.

Now the spiritual heritage and underpinnings of the West are under direct attack, and a new paganism is arising. In some 200 pages Guinness offers us plenty of detail on how and why this has occurred, how it is now playing itself out, and what are some of the likely prospects for the days ahead.

The reader can digest the details, but the bigger picture needs to be kept in view. Just as Christians and Christianity have encountered many obstacles and difficulties along the way, and heaps of fierce opposition in the past, today we are at a real crossroads.

At stake is the very survival of the West. Says Guinness: “We are not simply guardians of some of the best of the past, but pioneers whose task is to stand against the world for the future of the world—and for the very future of humanity. No less than that is the high calling at stake in many of our present challenges.”

As the eleventh-century Benedictine reformer Peter Damian was known as the “impossible man,” so too we “must become impossible people—Christians with hearts that can melt with compassion, but with faces like flint and backbones of steel who are unmanipulable, unbribable, undeterrable and unclubbable, without ever losing the gentleness, the mercy, the grace and the compassion of our Lord.”

He continues, “we must demonstrate our confidence in the gospel by a courage that is prepared to break with all that contradicts with what God says. In short, by faith we must be prepared to wager our comfort, our livelihood, our honor and our very lives on God and his Word against all other claims and authorities.”

Biblical characters are highlighted as well. Samuel also lived in a time of major transition: he was the last of the judges, and the prophet who anointed Israel’s first two kings. When the people demanded a king, Samuel told them this was not God’s intention for them, but if they insisted, they must live with the consequences of their choices.

The lessons for us are clear:

The West is choosing to forget God and go its own way. At point after point the societies and peoples of the West are squandering our Jewish and Christian heritage, flouting our time-tested traditions and values, and carelessly opting for lifestyles, practices and institutions that rival and even surpass those of pagan Rome. Unless these choices are reversed, the eventual outcome of this path will be degeneracy and the end of the West as a civilization.

Like Samuel, we must tell our generation and its leaders that they can make choices, but they must live with the consequences of those choices. Guinness concludes:

“In sum, our Western nations have both forgotten God and forgotten where they have come from. Now they are attempting to complete the process of severing the roots of Western civilization, destroying its root system, poisoning its soil and ruining the entire spiritual, moral, and social ecology.”

Whatever choices the world around us makes, we are to remain faithful:

Our privilege is to host the absolute presence of God and to live the way of Jesus so that our difficult and sometimes lonely task as his followers is to be faithful and so to be different and live differently….
In His mercy, He may revive his church, and the Christian faith may flourish once again and provide the working faith of the West, or he may not. That is not for us to know. But our faith in God must always be our defining trust and the compass for our way of life.

This book powerfully reminds us of the need to live differently and faithfully. May it be so.

4 Replies to “A Review of Impossible People. By Os Guinness.”