The homosexual activists and the left are applauding Airbnb for discriminating against those who refuse to bow their knee to the radical homosexual agenda. Yes we expect them to do this. Yet they insist that Christian and other businesses that seek to act according to their conscience are NOT allowed such room to move. Hypocrisy much?

Airbnb, for those not in the know, is a business which lets folks rent out their homes on a short-term basis. People can use their services to rent a place while on vacation, while others can offer their homes for those seeking to do so. A nice and helpful business. 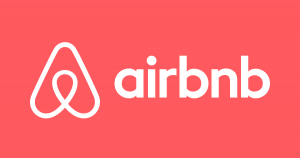 But, it has decided to go PC big time and ram the homosexual agenda down the throats of every one seeking to use this service. They already had a whole page pushing their “inclusion” which of course translates into excluding all who will not go along with their agenda.

See this: “Airbnb’s Nondiscrimination Policy: Our Commitment to Inclusion and Respect” which is found here: www.airbnb.com.au/help/article/1405/airbnb-s-nondiscrimination-policy–our-commitment-to-inclusion-and-respect?topic=250

Now they have taken this even further, forcing people to sign a commitment to their activist policies, or take a hike. That can be found here: blog.airbnb.com/the-airbnb-community-commitment/

Earlier this year, we launched a comprehensive review of our platform in an effort to fight bias and discrimination in the Airbnb community. This effort was led by Laura Murphy, the former head of the American Civil Liberties Union’s Washington D.C. Legislative Office and in consultation with dozens of experts from the advocacy and civil rights community, such as former U.S. Attorney General Eric Holder. You can read more about what we learned and the steps we’re taking to fight discrimination in this report.
In response to the review’s findings, we’re taking steps to ensure that everyone who uses Airbnb agrees to a stronger, more detailed nondiscrimination policy. Over the coming days we’ll begin asking each host and guest to agree to the Airbnb Community Commitment, which says: “I agree to treat everyone in the Airbnb community—regardless of their race, religion, national origin, ethnicity, disability, sex, gender identity, sexual orientation, or age—with respect, and without judgment or bias.”
Agreeing to the Community Commitment also means agreeing to adhere to our nondiscrimination policy. When you log in to your Airbnb account, you’ll see the new commitment language and be asked to accept it. If you choose to decline, you will not be able to host or book using Airbnb and will have the option to cancel your account. Once an account is canceled, future booked trips will be canceled; however, you’ll still be able to browse Airbnb. If in the future you accept the commitment to inclusion, you’re welcome to come back.

There you have it folks: either open your doors to anyone who wants to come in, whether you are happy to or not, or you will be banned from this outfit. Hmm, so that is how “inclusion” works: exclude anyone who dares to differ. Right, got that.

As Jenny Stokes rightly notes: “Of course, Airbnb is actually discriminating against ALL the people who aren’t prepared to sign the statement.” Others have weighed into this as well. For example, Rod Dreher writes:

I can understand Airbnb wanting to police the views and actions of those who rent out rooms to the public through it. I think it’s overreach. I mean, I think people who are welcoming others into their home should have total freedom to pick and choose their guests, even if they do so from bias. In fact, if a potential Airbnb host doesn’t want me in his house because I am a white Christian, I don’t want to be in the house of a person like that anyway. If an Airbnb host only wants to make her property open to women, or LGBTs, or Muslims, or any other designation, I believe Airbnb should grant them that right out of respect to their sovereignty over their home. So, I disagree with Airbnb requiring this policy of its hosts. But it is defensible.
What is not defensible is Airbnb expecting the same of its customers. If a customer behaves badly, in a rude, disrespectful manner to his or her hosts and their property, then they should be banned from the service. But by requiring customers to opt-in on a broad anti-discrimination statement as the price for doing business with them, Airbnb is setting up a de facto barrier to participation for religious traditionalists….
I still can’t get over how bizarre it is for a business to police its customers like this, not wanting to do business with people who hold the “wrong” views. I’m about to check out from a Courtyard Marriott. What if in the future, hotels like this compelled their customers to sign such a commitment? There would be few places that religious conservatives and others who didn’t accept the LGBT line could stay when they travel. It’s not hard to imagine gay activists in the near future instituting a corporate campaign to get “Fairness Pledges” to be part of the business model of hotels and other businesses. If they succeed, then somebody will need to come up with The Religious Conservative Motorist Green Book.
So, let’s get this straight: the state can force a florist to arrange flowers for a same-sex wedding, in violation of her religious beliefs. And if this Airbnb policy is legal, a homestay network can force its customers to affirm certain beliefs to have the ability to purchase its service. Crazy times.

And of course one has to ask how all this plays out in the brave new world of gender bender activism. For example, the original policy says this: “Airbnb hosts may not decline to rent to a guest based on gender unless the host shares living spaces (for example, bathroom, kitchen, or common areas) with the guest.”

So let’s say you are a single mum with two young daughters, but you want to rent out a room – but only to another female. Makes sense to me. But with all the transgender madness now upon us, what if a guy wants to rent the room there (complete with the shared bathroom)?

He can put on a dress and say that he identifies as a female! All over the West that is good enough, and those who dare to “discriminate” against such people are being harassed by the heavy hand of the law. So how will the trendy, politically correct Airbnb handle this one?

They are so gung ho on the rights of everyone regardless of gender or sexual orientation, etc., that surely they will demand the right of transgenders to do their thing as a renter. If not, why not? So this whole thing is a legal and social nightmare.

I agree with Dreher. I think a home owner should be able to rent out his property to whoever he wants to. And of course all this will be interesting as it plays out given that both the renters and the rentees are not employees of Airbnb, so how exactly it will enforce their policy remains to be seen.

The entire matter has become one big joke, and I already know of a number of folks who have cancelled their arrangements with Airbnb because of this silly new commitment policy. And I really would like to see a bit of even-handedness here.

If a homosexual does not want to rent his house out to straight people, or print a T-shirt with Romans 1:26-28 on it, they should not be forced to do so. But then they should stop seeking to force heterosexuals and Christians to do the very thing they think they should be exempt from.

They should call off all the attack dogs who are going after Christian businesses, whether cake makers, or florists, or reception centre owners, or printers, etc. But they are still going full steam ahead with this, dragging in the state to crack down on any ‘recalcitrants’ who want to be free to follow their own conscience on such matters.

Lest one think this is purely an overseas issue, Australia of course is in the international orbit of Airbnb. And I have offered various cases of this sort of discrimination against Christians occurring here. As but one recent example, Tasmanian homosexual activist advocate Rodney Croome said this about allowing any sorts of exemptions for religious groups:

“I’m deeply concerned about the proposal to allow unspecified exemptions on the grounds of religion and to allow conscientious objection. I believe religious ministers should be free to marry who they want, but the government’s proposal could mean civil celebrants, marriage registrars and wedding service providers like bakers and florists are all free to discriminate.”

We are talking here about the destruction of a principle foundational to free Western society: liberty of conscience, a principle bequeathed by our forebears at the expense of blood, sweat, thought and tears. Communities fled Europe to the New World for freedom of conscience. The American Declaration of Independence established “life, liberty, and the pursuit of happiness” as “unalienable rights”. This at the very least meant liberty from coercion against one’s conscience.

As I said, the leftist activists insist that we do not “discriminate” while they applaud other businesses that do in fact discriminate. This is called hypocrisy and double standards. But that is something we have come to expect from the left and the homosexual activists.

16 Replies to “Airbnb: The Left’s Hypocrisy and Double Standards On Show Again”