It may be that no revolution has been so far-reaching and so destructive. How the Christian is to understand this, explain it, and resist it, is the focus of this important volume. And Al Mohler is well placed to undertake this task, being one of our finest evangelical cultural observers and commentators.

In 200 well-documented pages he explains how this came about, what its ramifications are, and how believers should respond. While numerous volumes on the sexual revolution have been penned, this is among the finest in terms of laying out the problems and offering concerned Christians a way forward. 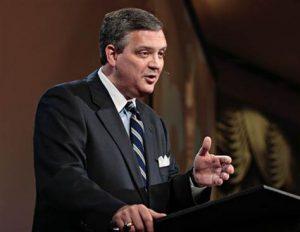 This moral hurricane sweeping through the West has its roots in the past, with things like the Enlightenment, the rise of secularisation, and the like playing key roles. But it came to prominence in the 60s with four main contributing factors: birth control and contraception, easy divorce, assisted reproductive technologies, and cohabitation.

All these developments radically altered sexual morality in the West, and sadly the church said or did little to resist these forces. Consider the issue of divorce, where we overnight seem to have gone from a marriage culture to a divorce culture. Believers by and large sat by and allowed it to happen.

Says Mohler, “The evangelical abdication of responsibility for divorce set the stage for a loss of evangelical credibility to speak to the larger issue of sexuality and marriage. Quite pointedly, the church now has massive liabilities in terms of credibility when it seeks to speak about the ‘clear teachings of the Bible’ on marriage.”

Things like cohabitation were also readily embraced by so many believers, making it much harder for us to later speak out on the further undermining of biblical sexual ethics, such as with “homosexual marriage”. Says Mohler: “Heterosexuals did a very good job of undermining marriage before the culture forces began advocating for the normalization of same-sex relationships and the legalization of same-sex marriage. The marriage crisis is a moral crisis that did not start with same-sex marriage, nor will it end there.”

Major chapters in this book examine in detail the homosexual revolution, the homosexual war on marriage and family, and the transgender revolution. Mohler does an excellent job of assessing and explaining all three. He documents how a very real homosexual agenda exists, and has been at work to wear down and obliterate natural marriage and the family.

Again, he chides Christians for being part of the problem here. While making up the majority of the American population, believers have had so little influence, and have been so ineffective in stopping the sexual rot: “The ‘Christianity’ held by many Americans has largely lacked the serious intellectual content needed to offer any meaningful defence against the moral revolution.”

Moreover, believers were “devoid of a Christian worldview and underfed by an absence of clear biblical teaching and preaching.” That, along with the sad truth that Christian morality often mimics that of the world, instead of resisting it, has further added to our woes.

He shows how massive cultural and legal shifts made the marriage revolution possible. He quotes sociologist James Davison Hunter: “The deepest and most enduring forms of cultural change nearly always occur from the ‘top down.’ In other words, the work of world-making and world-changing are, by and large, the work of elites.”

The activists have taken over our institutions of power and influence, while believers have largely abandoned those areas, retreating into personal piety and feel-good religion. We have abandoned our role and responsibilities in the public square, and wonder why we have been losing so often and so badly.

The transgender revolution is another vital area which Mohler spends quite a bit of time on – and rightly so. It follows on from the homosexual revolution, and takes things even further away from God’s intentions for human sexuality. Indeed, it “undermines any understanding of human identity based in the Christian tradition, the trajectory of Western civilization, and the worldview that has shaped today’s world.”

This movement came about in large measure because of the claims of postmodernism that reality itself is socially constructed. Thus our biology and sex are also fluid, social constructs. Thus there is “no end to the transgender revolution”. Everything must give way to its wrecking ball.

Mohler reminds us that back at creation God himself made us in his image, with sexual differentiation. “Our identity as man or woman is who we are.” He takes us back to Scripture, reminding us of what the Bible says about human sexuality.

He also looks at how religious liberty is especially being obliterated as the moral revolution runs its reckless and destructive course. He examines a number of by now familiar cases of religious freedom being taken away, then says this:

His chapter on the compassionate use of truth is also very helpful. Says Mohler, “We must understand that any compassion severed from truth is false compassion and a lie against the truth. . . . We are called to live the truth, to teach the truth, to be the truth, and to love our neighbours on the basis of that truth.”

Now is the time for reformation, not retreat: “We must not exile ourselves, and we certainly must not retreat into silence while we still have a platform, a voice, and an opportunity. We must remind ourselves again and again of the compassion of truth and the truth of compassion.”

A closing chapter on the “hard questions” offers 30 of the best – all with excellent answers. They include:
-are all sins equal?
-was Jesus silent about homosexuality?
-should we attend homosexual weddings?
-how should one deal with same-sex attraction?
-what role does the state play in marriage?

He finishes his volume with a welcome word of admonition which we all must take to heart: “Christians must look each other in the eye and remind one another of what is now required of us—to speak the truth, to live the truth, and to bear witness to the truth whether we are invited to the White House or treated as exiles. The rest is in God’s hands.”

Absolutely, and this vitally important volume helps us to do that very thing.

6 Replies to “A Review of We Cannot Be Silent. By Albert Mohler.”