Years ago when communism was still raging over large parts of the globe, enslaving and killing millions, I used to wonder what it would look like if it took over the West. Would we be grabbed from our homes in the middle of the night by armed police state officials, whisked away, never to be seen again? 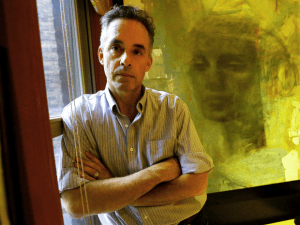 Little did I realise that it would actually be much easier to destroy freedom and democracy, and do away with all the recalcitrants: all that will be needed is to go on a gender bender rampage, and target everyone who dares to not use the politically correct pronouns.

Yes it is that simple – and diabolical. Create a brave new world in which reality, biology and the two sexes are said to be mere social constructs, pull out of the hat a whole bunch of new genders and sexual orientations, invent dozens of new pronouns, and presto, you have the recipe for the perfect storm: the modern PC Western police state in action.

Yes it really is getting that bad. We see this occurring all over the West. Let me offer yet another horrific case of this. Exhibit A is Jordan Peterson, a popular lecturer and tenured professor of psychology at the University of Toronto, and a clinical psychologist. For daring to resist the gender benders and pronoun police, he is in all sorts of trouble.

Protests over his refusal to bow the knee to Orwellian doublespeak and tyranny have been escalating, but he refuses to back down. Here is how one article describes his grievous “sins”:

Psychology professor Jordan Peterson is a man under siege. Angry students are accusing him of hate speech and transphobia. More than 250 faculty members at the University of Toronto, his employer, have signed a letter condemning his behaviour. The CUPE union local has denounced him and told its employees not to report to work if they feel “unsafe.” Now even his bosses have lowered the boom. A joint letter signed by David Cameron, the dean of arts and sciences, and Sioban Nelson, the vice-provost for faculty and academic life, warns him that he is suspected of a serious breach of human rights. What, then, is the nature of Prof. Peterson’s misdeeds? He refuses to use gender-neutral pronouns for non-binary students.

And this is not a one off:

The pronoun warriors have won many victories. At leading U.S. universities, such as Columbia and the University of Michigan, students are allowed to select their own “designated personal pronoun,” whose use is mandatory (one wag at the U of M immediately sabotaged the system by demanding to be referred to as “His Majesty”). In New York, you could face a fine for failing to use a person’s chosen pronoun. In Canada, the Toronto District School Board, the Alberta ministry of education and other public institutions also require that people’s personal-pronoun preferences be respected. Intentional failure to do so may be considered a form of discrimination, and is not condoned. It’s a certainty that private-sector work places won’t be far behind.

The pronoun mafia are going ballistic, targeting anyone who has enough intelligence and common sense to say no to their madness. Thus it is so very important and encouraging that people like Peterson are taking a stand. Says another report:

Today Peterson is laser-focused on fighting the cultural cancer of political correctness. He is alarmed at how quickly it is metastasizing into laws that seek to punish any and all self-expression. Such legislation—in his case, Canada’s bill C-16, which would amend the Canadian Human Rights Code and Criminal Code to add “gender identity and expression” as a special category for anti-discrimination—is tailor-made to program people into conformity of thought. As with all things politically correct, such legislation always comes disguised in the language of “equality.” Pointing this out is a herculean task today, and one Peterson seems to have taken on by himself. If he has colleagues who are also distressed, they probably don’t speak up out of fear of being smeared or fired. But there really is no alternative to loudly fighting political correctness….
Peterson quotes section 46.3 of the Ontario Human Rights Code to indicate how liability is so broadly defined in Canada’s anti-discrimination laws that there is virtually no hope of due process. Employers and organizations are subject to punishment under the code if any employee or associate says anything that can be construed as “directly or indirectly” offensive and—here’s the biggest kicker—“whether intentionally or unintentionally.”
Furthermore, an employer or an entire organization is responsible if anyone associated with them uses speech deemed offensive, whether or not anyone files a complaint! If you cannot see how such legislation places a universal gag order on every single citizen at the whim of the powers that be, then you are simply not paying attention.

This is not just insane, but it is a perfect recipe for an all-powerful police state. As Lea Singh asks:

So why is this happening? Why are the gender-rights warriors pushing so strongly against free speech? A surprisingly perceptive answer came from a member of the trans community, a man who transitioned into a woman named Theryn Meyer.

Paikin: I wonder if you could give us your explanation for why some people adamantly refuse even to have this discussion, that the notion of having this discussion is somehow transphobic.
Theryn: I think it has to do with there’s a lacking when it comes to actually being able to defend your points through argument. So if you open up the discussion for argument, they know they will lose.

It’s the oldest trick in the book: when you run out of arguments, use your fists – or in this case, Bill C-16 – to crush your opponents.

Peterson explains why things are so ominous here:

For the first time, the government, advised by radical leftist social justice warriors, has decided what we must say, instead of what we can’t say. I believe this is extremely ill-advised. I believe it constitutes a serious restriction of free speech.
Since free speech is the mechanism by which we formulate problems, discuss their solution, and reach voluntary consensus, any act (particularly any legislative act) which constrains it is, at minimum, perilous.
I also objected to the requirement that I mouth words that have been produced by those pushing an ideology with which I strenuously and deeply disagree. I regard artificially formulated words such as the so-called “gender neutral” pronouns as part of the vanguard of a wave of political correctness which has historical roots that disturb me (the association with Marxism) and psychological motivations that I do not trust (based as they are on an excess of care best devoted to infants and grounded in an intense resentment of anyone who has become successful for any reason whatsoever)….
The demand for use of preferred pronouns is not an issue of equality, inclusion or respect for others. It’s a wolf in sheep’s clothing. It’s a purposeful assault on the structure of language. It’s a dangerous incursion into the domain of free speech. It’s narcissistic self-centeredness. It’s part and parcel of the PC madness that threatens to engulf our culture.
A line must be drawn somewhere, and this is a good place to draw it. We should, further, abolish the Ontario Human Rights Commission and its enforcement wing, the Ontario Human Rights Tribunal. We should reject Bill C-16, and we should repeal its sister legislation in those provinces where it has already been instantiated.
We should refuse, in no uncertain terms, the demands by the ideologically possessed that we speak their special language. Or we should await the consequences, and they won’t be pretty.

He is exactly right, and thankfully others are also aware of how wretched this Big Brother repression really is. A Toronto Sun columnist reminds us that “Once they’re done with Jordan Peterson, they’ll come for you”. He concludes his article with these words:

Social justice warriors construct fictional worlds then try to bring real world consequences upon those who refuse to live within them. American professor and social critic Camille Paglia has been warning about this in academia for a long time. Here’s what she told Reason TV last year:
“I’ve encountered these graduates of Harvard, Yale, the University of Pennsylvania, and Princeton, I’ve encountered them in the media, and people in their 30s now, some of them, their minds are like Jell-O. They know nothing! They’ve not been trained in history. They have absolutely no structure to their minds. Their emotions are unfixed. The banality of contemporary cultural criticism, of academe, the absolute collapse of any kind of intellectual discourse in the U.S., is the result of these colleges, which should have been the best, instead having retracted into caretaking. The whole thing is about approved social positions in a kind of misty love of humanity, without any direct knowledge of history or economics or anthropology.”
Yet these are the people calling the shots now, courtesy of unwitting taxpayers. The Jell-O minded know nothings are in control. This is free speech’s last stand. If society caves to Peterson’s harassers, there’s no telling who the social justice mob will throw in front of the firing squads. Get in line. You might be next.

Yep. We are all at risk. That is why the courageous stance by Peterson must be trumpeted, applauded and emulated. We need more fierce warriors for freedom, democracy and common sense, before we lose it all. Will you stand with him?

15 Replies to “Pronoun Police, Political Correctness, and the Death of Freedom”