The church of Jesus Christ is supposed to have a very real influence on the surrounding culture, but sadly the opposite seems to occur more often. Usually the spirit of the age is impacting the church big time, making it lose its spiritual edge and making it simply resemble the world.

Paul says we are not to be conformed to the pattern of this world (Romans 12:2), but sadly many believers do. So a good test of how the church is getting off track is to simply ask what the world is most running with at a given time. Often that will be what the church should be fleeing from, not embracing. 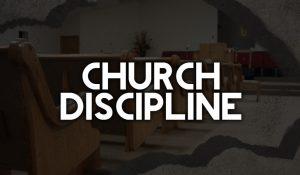 Right now the world is fully into moral relativism, which demands that we accept everyone and everything and make no judgment about anything. We are to be “tolerant” and just go with the flow, never calling anyone out or never challenging the morality – or immorality – of the day.

The mantra of tolerance and acceptance is heard incessantly by worldlings today, along with the cry to not judge. And the church today is filled with craven and worldly dandelions who refuse to confront sin, challenge evil, and set standards of holiness and righteousness.

We make excuses for sin and take pride in never confronting it in the camp. But the biblical Christian should be moving in the opposite direction: we should not tolerate evil, we should not accept everything, and we should judge with righteous judgment as Jesus commanded us to do (John 7:24).

Or as Paul said, we are to test everything (1 Thessalonians 5:21-22). There are numerous biblical passages about judging. All throughout Scripture believers are enjoined to judge, assess, discern, discriminate and rebuke when necessary. If we just examine just two chapters we will see heaps on this topic.

I refer to 1 Corinthians 5-6. And simply reading the first five verses of chapter five will demonstrate the vital need for believers to judge and deal with sin, and not sit back tolerating everything. These verses read:

It is actually reported that there is sexual immorality among you, and of a kind that even pagans do not tolerate: A man is sleeping with his father’s wife. And you are proud! Shouldn’t you rather have gone into mourning and have put out of your fellowship the man who has been doing this? For my part, even though I am not physically present, I am with you in spirit. As one who is present with you in this way, I have already passed judgment in the name of our Lord Jesus on the one who has been doing this. So when you are assembled and I am with you in spirit, and the power of our Lord Jesus is present, hand this man over to Satan for the destruction of the flesh, so that his spirit may be saved on the day of the Lord.

What a damning indictment not only of the Corinthians but of so much of the church today. We are just as bad as they were. We refuse to judge, discern and challenge sin in our midst, and we do so with the ridiculous and unbiblical notion that we must be “tolerant” and never judge.

Why are so many Christians today so biblically illiterate? And if they do know their Bibles, why are they so blatantly disobedient and rebellious? This passage is forthright in what it says, but let me illicit some responses from various commentators. Ciampa and Rosner provide some helpful thoughts here:

Paul’s judgment on the case of the incestuous man in the Corinthian church is simple and to the point: the man must be removed. The command to expel the sinner occurs no fewer than six times; it is presented metaphorically in vv. 5a, 7a, and 8, in a general context in v. 11, and literally, its strongest form, at the beginning and very end of the passage, vv. 2c and 13b. In fact, each of the units in our outline closes with an equivalent command to evict the sinner. The strength of Paul’s feelings on the matter is also unmistakable. Apparently Paul considered the expulsion of the sinner imperative to protect the church’s felicitous existence before God.

Failure to deal with a seriously sinning member invites the possibility of judgment from God on the whole group. The corollary of corporate responsibility, the fear of God’s judgment on the community, which we observed in Joshua 7, is also present in the incidents involving Ezra, Nehemiah, and Daniel. All three assumed that the nation stood under the covenant and that breach of responsibility could jeopardize the whole group before God. A sense of urgency gripped these leaders’ dealings with God and the nations.

Yes, it is not just an individual that Paul targets but the church as a whole. As David Garland remarks:

Paul does not reprimand the perpetrators but the entire church. The conduct of these individuals is a negative reflection on the whole church and, consequently, on the gospel. In 5:1-13 he does not zero in on the man who is guilty of the sin of incest but censures the church for appearing to condone it. Such immorality never can be treated as a private matter but is something so evil that it threatens the church’s existence if left unpunished.

Because much of Western Christianity today is highly individualised with little or no sense of the whole Christian community, we tend to completely overlook vital issues such as church discipline. We have little understanding of just how much individual sin can negatively impact the entire body.

Paul however was fully aware of all this. As Garland comments:

A piece of bad leaven will pass on the taint to the next batch and so on. The only way to break the chain of baking bacteria laden bread was to ditch the whole batch and start afresh. Applied to this case, the metaphor conveys that this man’s sin brings greater harm than simply being a bad example for others or generating bad publicity; it likens his sin to a toxin that will infect and ruin the whole community.

He offers this summary of what Paul has been saying:

Since Paul considers church discipline to be so important, and since it is little practiced in contemporary churches to good effect, it may be beneficial to attempt to distill the theological relevance of what he says in these verses.
1. Paul considers the purity of the congregation to be a serious matter, as it affects the congregation’s relationship to God and its witness to the unbelieving world. . . . Paul assumes that the church is implicated in the sins of its individual members. There is no such thing as private morality (or immorality) for church members. The sin of one tarnishes all….
2. Infamous sin cannot be swept under the rug. . . . The sin must be confronted openly and decisively for the good of the individual and the good of the church body….
3. The church walks a tightrope between being a welcoming community that accepts confessed sinners and helps the lapsed get back on their feet and being a morally lax community where anything goes.

Many will continue to view the whole notion of church discipline, and certainly excommunication, as repulsive and unloving. Yet such people fail to grasp God’s utter repugnance to sin & his infinitely perfect standards for holiness. Further, we must avoid a cheap grace that refuses to force professing believers to face up to the destructive consequences of grossly immoral behavior. They are not only damaging themselves by allowing sin to go unchecked but also destroying the church.
Not surprisingly, the church has regularly grown the fastest and become the healthiest where loving but firm discipline has been implemented. A chain of quotations from William Barclay rings true in almost every society and captures the balance of Paul’s teaching in this chapter: “To shut our eyes to offenses is not always a kind thing to do; it may be damaging;” “it has been said that our one security against sin lies in our being shocked at it;” yet “discipline should never be exercised for the satisfaction of the person who exercises it, but always for the mending of the person who has sinned and for the sake of the Church.”

Marion Soards offers a good summation of what is at stake here:

For the church in Corinth to tolerate the immoral behavior of this particular man is a tragedy… If the church fails to judge this behavior, if such activity is tolerated and considered evidence of spiritual freedom, the condition of the man is hopeless. The church is charged with the responsibility of judging and disciplining those whom God has brought into the life of the church (see 5:9–13; 6:1–11), but if the members fail to live responsibly in isolation to one another, the condition is dangerous. In the church God trusts the assembly, empowered by the Spirit, to judge and to correct one another.

Of interest, just as I was concluding this piece, I received a comment to another article in which I was rebuked for publicly speaking out about a very public sin. Why do I suspect that this commentator – and plenty of other Christians – would have rebuked Paul as well, telling him he was being unloving, intolerant and not very Christlike?

This guy and so many other biblically anaemic Christians would have insisted that Paul was being judgmental and ungracious, and that he should have been more accepting of the incestuous man and the church at Corinth. Sorry, but I will stick with Paul and his reaction any day of the week.

Allowing blatant public sin to go unchecked in the church is not an indication of love and acceptance but apathy and hate. Paul knew full well the urgency of keeping the Bride of Christ pure and faultless, which included making use of public judging and rebuke. And so should we.