We have gotten to a pretty bizarre place when you have Christians effectively disowning Christ. Yet increasingly we find some folks who seek to do just that: run with a Christianity without Christ. One might as well speak about Marxism without Marx, or Freudianism without Freud, or chocolate chip cookies without chocolate chips, or split pea soup without peas. 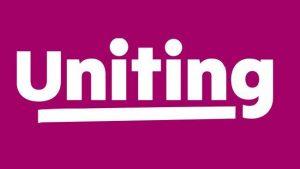 But liberal Christian churches and denominations have been moving down this road for quite some time now. You may never hear much about Christ or the Bible or basic core Christian truths like sin and repentance, but you will hear all about the latest lefty trendy agenda items.

Thus you will get all sorts of progressive causes being pushed, from homosexual marriage to pro-Islam interfaith hullaballoos. The truth is, theological liberalism most often results in political liberalism. The gospel message is jettisoned and the secular left agenda is run with instead.

We see another example of this happening here in Australia. A denomination known for its theological and political liberalism has been in the media of late, now because of its efforts to “rebrand” itself, making itself even more cool and acceptable to the pagan culture around it.

I refer to the Uniting Church and its revamped logo – a logo which could be something a New Age group or a leftist multi-culti group would happily run with. The story begins as follows:

An unholy war has broken out within one of the state’s biggest church denominations after it admitted to steering clear of religious symbols and even the word “Christ” as part of a rebranding and new advertising to avoid criticism over child sex abuse.
Child abuse survivors have criticised the Uniting Church, which has the third biggest Christian following in Australia, for trying to “disown” the past through a “culture of denial”. The executive director of Uniting — the services and advocacy arm of the church — admitted the royal commission into child sexual abuse had tarred religious institutions. Therefore he said it made sense to scrap “overt” faith-based language from its PR strategy.
“You are right to highlight that sometimes we do not mention Christ’s name in our advertising,” Peter Worland recently wrote. “Since the Royal Commission into Institutional Responses to Child Sexual Abuse, faith-based organisations like ours are perceived pejoratively. So, sometimes we are overt with our religious language, sometimes we are not.”

Even non-Christians got into the act, writing about this move. Tim Blair began his piece with these words: “Some time ago I joked about the Uniting Church tolerating gays, atheists and Muslims – but drawing the line at Christians.” And Andrew Bolt said, “Weak. Christ went to the cross rather than renounce his faith. But the Uniting Church has hidden both Christ and his cross.”

And both were decidedly unimpressed with the weasel words offered in defence of the new logo: “Mr Worland also claimed that if you looked hard enough you could still see a crucifix in the ‘t’ of its new logo. And the lower case ‘i’ either side of the crucifix were ‘people’, representing ‘connection and inclusivity’.”

The flak has evidently got the Uniting Church folks a bit shook up, as they have now come out trying to justify themselves. In their defence their Moderator said this:

About a year ago Uniting underwent a thoroughly researched and comprehensive rebrand and this was with the blessing of the Synod so that Uniting could have a brand that further enhances their services. We can proudly say we are a church with a mission to bring people to God’s love, responding to human need and strengthening community. We stand by our agencies and commend the work they do. In our congregations we witness first hand God’s work in our communities and the expression of the love of Jesus Christ. Never before have we been more united and blessed as a Church.
The Moderator, Rev. Myung Hwa Park

Hmm, the first thing I thought of when reading this is the similar line taken by the Victoria Salvation Army. They too claimed to have undertaken research to examine the “Safe Schools” program. They came out saying it was just terrific and fully something the Salvos could support: billmuehlenberg.com/2016/11/16/compromised-christianity-treachery-betrayal/

In both cases we sure would like to know who these expert researchers were. Did the Uniting Church hire some sleek pagan advertising firm to come up with their new logo? Back in the days of the early church the disciples prayed that the Holy Ghost would come down in power and lead them in effective ministry.

Today we run to marketing firms and advertising agencies – often secular – to help us get our “message” out. But when a message is so watered down and so hostile to biblical truth, the last thing you need is Madison Avenue or Hollywood spruiking for you.

And of course the Uniting Church has been moving away from the gospel for quite some time now, as it runs with all the “progressive” causes, be it pro-homosexual activism or what have you. Thankfully not everyone in the denomination has supported such secular left directions.

There are even breakaway groups which are seeking to remain on the straight and narrow. Consider the Assembly of Confessing Congregations within the Uniting Church in Australia: www.confessingcongregations.com/

Of course it is not just the Uniting Church which has made this move to appeal to the world – revealing its increasing worldliness. Plenty of evangelical churches all over the West are pulling down crosses and any explicit Christian symbols and changing their names to something nondescript and trendy in an effort to be “relevant” and “attract non-Christians”.

But if they are so intent on removing all Christian symbols and words to somehow attract outsiders, then what guarantee do we have that once inside the church they will be exposed to any sort of genuine biblical Christianity?

As mentioned above, gone are the days it seems when being filled with Holy Ghost boldness and a rock solid faith in the authoritative Word of God is sufficient to reach the lost and make an impact in the world. Today it is all about marketing schemes, advertising campaigns, focus-groups, seeker-sensitive services, market research, “rebranding,” and the like.

While there may be a very minor place for such activities, why do I suspect that for many Christian groups, churches and denominations it has become a driving force, one that consumes far more time and resources than the older tried and true basics such as prayer and fasting and standing solidly on the Word?

I am always reminded of the words of A. W. Tozer about such matters:

“Religion today is not transforming people; rather it is being transformed by the people. It is not raising the moral level of society; it is descending to society’s own level, and congratulating itself that it has scored a victory because society is smilingly accepting its surrender.”

“Almost everything the Church is doing these days has been suggested to her by the world.”

“The true church has never sounded out public expectations before launching its crusades. Its leaders heard from God and went ahead wholly independent of popular support or the lack of it. They knew their Lord’s will and did it, and their people followed them – sometimes to triumph, but more often to insults and public persecution – and their sufficient reward was the satisfaction of being right in a wrong world.”

“The Holy Spirit is not necessary to the church; we have arranged it so that he is not required. He has been displaced by what we call ‘programming’ and by social activity.”

13 Replies to “Christianity Without Christ”