Things are going absolutely nuts with the Christophobes in the West. They are so full of hate for any believer who dares to take his faith seriously, especially in the public arena, that they have launched an all-out war on the faith. They are on a search and destroy mission to hunt down and silence all public believers. 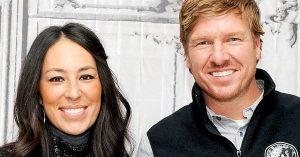 And they are doing all this in the name of tolerance, diversity and acceptance of course. The secular left and the militant homosexual lobby are as intolerant and nasty as you can get. A recent example of this involves how a much loved American television couple has been treated, simply because they go to church! I kid you not.

The American private Internet media company BuzzFeed is at the centre of all this. Their headline and subtitle say it all: “Chip And Joanna Gaines’ Church Is Firmly Against Same-Sex Marriage.” “Their pastor considers homosexuality to be a ‘sin’ caused by abuse — whether the Fixer Upper couple agrees is unclear.”

Wow, so a couple is being crucified for going to a church which actually believes what the Bible teaches. What next? And the couple has not even said where they stand on this particular issue, so they are being tarred and feathered in a case of guilt by association.

In case readers are not familiar with the couple, the opening paragraph of the BuzzFeed article is one of the few which is basically factual and bias-free:

Chip and Joanna Gaines’ series Fixer Upper is one of the most popular shows on HGTV. The couple has recently graced the cover of People magazine; their book, The Magnolia Story, has been on the New York Times’ best-seller list for five weeks; and they were the subject of a long profile in Texas Monthly that credited them with revitalizing the city of Waco, Texas, where the show is set and where their businesses are located. The couple are riding a wave of success, largely due to their charm and appeal. Joanna’s design aesthetic — large kitchen islands, open-concept floor plans, and shiplap — is one of the show’s stars; Chip’s goofiness — his willingness to call himself fat, his sadness and terror when he has to deliver bad news to a client during construction, and his buoyant attitude — is the other.

This whole episode is so outrageous – and we are used to the manic secular left doing outrageous things – that plenty of people have weighed in on this, challenging the madness of political correctness and the hateful homosexual militants.

It really is about fascism in action. Let me share a few comments by others on this. Dan Calabrese said this:

The goal here is to marginalize what has long been understood as mainstream. It’s to establish a new limit on freedom of religion. Whereas before, people of faith could apply their faith in their daily lives, including in their business careers, the new paradigm says you can believe anything you want in private, but it can’t affect anyone else in any way – at least not if liberals don’t like it. So if you’re Christians and you have a TV show, that might result in that TV show doing something liberals don’t like (e.g., only having opposite-sex couples featured), therefore, you can’t be Christians and have a TV show. It’s a scandal.
And the weaponized secular left will attempt to apply this in every other aspect of life as well. Any Christian who owns a business will be confronted with a demand that they explain themselves on the matter of homosexuality, and if they don’t reject what the Bible teaches, they will be the target of an effort to hound them out of their business lest they ever say or do anything not in compliance with the agenda of the secular left.

The Benham brothers, who also had to undergo their own hell at the hands of the homosexual jackboots, know all about this. They lost their own HGTV show two years ago because of the militants. They said this was another case of the “bully mafia agenda” which is intended to “bully this family into submission to force belief upon them.”

It’s absolutely true that the Gaines family attends a church that believes marriage is between one man and one woman. Should that disqualify them from having a television program on HGTV? Do the militant LGBT activists want to create a Black List – banning individuals who attend evangelical Christian churches from working in the industry? Is that what they really want?
Friends, this is nothing more than a modern-day witch hunt. And it’s time for all freedom-loving Americans to rise up and stand with HGTV and the Gaines family. To the militant LGBT mob, we say stand down.

Matt Walsh said this about the war on Christianity:

Anti-Christian forces in our culture have attempted to divide Christianity into two groups: bad Christians and tolerable, if not good, Christians. The bad Christians are the ones who take the moral teachings of Scripture seriously, and the tolerable Christians are the ones who think the Ten Commandments, the Sermon on the Mount, all Scriptural references to marriage and sexual morality, all of the Pauline letters, and the entire Old Testament, expired sometime within the last few decades. According to the tolerable Christians, we can now do, say, and believe whatever we want and still be Christian, so long as we throw, “Oh yeah, and Jesus is the Messiah or whatever, sure,” at the end of it. Anti-Christian leftists are fine with these sorts of Christians, mainly because these sorts of Christians are not Christian. That’s the most striking characteristic of the tolerable Christian: namely, that he isn’t one. But any Christian who remains genuinely Christian will be seen as “the bad type” in our culture.

The Gaines’ were attacked because they are, by all accounts, devout Christians. That’s the only reason. Christians will be attacked for being Christian. Christ promised us as much. The only way to escape the assault is to hide our faith away or to renounce it completely. Anyone who lives his faith authentically will find the pitchfork mob at his doorstep. It has always been this way, everywhere in the world, and it will always be this way until the end.
What that means, as far as this particular story is concerned, is that Chip and Joanna should be encouraged. They’re doing something right. And the rest of us should embrace the insults and criticisms when they come, knowing that it only comes because we are walking with Christ. On the flip side of that coin, we should be extremely concerned if we are NOT being attacked for our faith.

Another site also nailed this deplorable episode, and it is a satire site. But the piece by the Babylon Bee is about as close to the truth as you can get. Here is the brief piece in all its humour (or sadness):

Reports from around the nation Thursday indicate that millions of American citizens were still reeling from the revelation that a prominent Christian couple holds a historically Christian position. “We’re not saying people can’t be Christians,” a Seattle woman said in a Facebook comment. “This is a free country, after all. But when Christians decide to actually have Christian beliefs about things—I’m sorry, that’s just too far.”
A man in Denver agreed, stating that he prided himself on his deep appreciation of and support for freedom of beliefs and religious tolerance, “so long as Christians don’t publicly hold opinions I find disagreeable.”
“It’s almost as if they take the Bible seriously or something,” he added, shaking his head. This revelation comes on the heels of a national Gallup poll released earlier this week indicating that over 95% of Americans agreed with the statement, “Christians are allowed to practice their beliefs, as long as everyone agrees with them.”

14 Replies to “Christianity Not Allowed”