Here is a basic lesson in life: when you try to please everyone, you will likely end up pleasing no one. Indeed, you just end up flip-flopping and vacillating, trying to keep everyone happy, without taking a clear and principled stance on anything. I know politicians often try to go down this route, but this is certainly not how Christians should operate.

We should be firmly committed to biblical truth, and worry only about pleasing God, not pleasing man. But far too many believers tremble not at God and his Word, but at what mere man might think. That is always a recipe for disaster.

It never works. As Margaret Thatcher once put it: “Standing in the middle of the road is very dangerous; you get knocked down by the traffic from both sides.” Or as Jesus put, “No one can serve two masters. Either you will hate the one and love the other, or you will be devoted to the one and despise the other.” 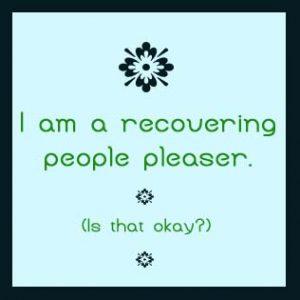 So the Christian must be resolute, eager to serve and please only one person: the Lord Jesus Christ. That is as true of Christian organisations as it is of individuals. Let me begin with the former, then work to the latter. One terrific organisation over the years has had a bit of a rough go of late, in part because it seems to want to please various groups – groups often quite opposed to each other.

The Booths, the founders of the Salvation Army, were of course real sticklers for things like purity, holiness, and taking a strong stand against sin. Thus the Salvos have long affirmed biblical truths about various social issues, including homosexuality.

But of late there has been some wavering here. Let me look briefly at some recent history. Consider a November 28, 2011 headline: “Gay rights activist calls for boycott of Salvation Army Christmas fundraiser”. The article begins: “Gay rights activists who object to the Salvation Army’s biblical stance on homosexuality are launching their annual call to shut down the organization’s Christmas fundraiser.”
www.lifesitenews.com/news/gay-rights-activist-calls-for-boycott-of-salvation-army-christmas-fundraise

This piece links to another article which argues how bad the Salvos are for affirming the biblical view on homosexuality, citing cases from the US, the UK, and New Zealand. bilerico.lgbtqnation.com/2011/11/why_you_shouldnt_donate_to_the_salvation_army_bell.php

Then consider this June 18, 2012 Australian headline: “Angry response to Salvation Army’s gay stance.” The piece begins: “Salvation Army’s declaration that homosexuality is an unacceptable urge has provoked outrage in the gay community. Gay pop star Darren Hayes called for a boycott of the high-profile charity, a call backed by pro-gay lobbyists.”
www.heraldsun.com.au/archive/news/angry-response-to-salvation-armys-gay-stance/news-story/c25861b74664b0139267f34c770d9c1f?from=public_rss

But the homosexual activists’ anger soon turned to rejoicing when the Victorian Salvos came out recently and said they fully support the radical pro-homosexual “Safe Schools” program. I wrote this up here at the time: billmuehlenberg.com/2016/11/16/compromised-christianity-treachery-betrayal/

Then the National Salvos stepped in and effectively rebuffed the Vic Salvos, saying the program certainly needs much more investigation before it can be supported: billmuehlenberg.com/2016/11/30/salvo-back-safe-schools-small-welcome-start/

As an example of this, consider this incredibly bad article from yesterday: “Why I won’t be supporting the Salvation Army this Christmas”. www.smh.com.au/comment/view-from-the-street/why-i-wont-be-supporting-the-salvation-army-this-christmas-20161207-gt5ohs.html

This is a typical MSM pro-homosexual propaganda piece. Nothing like using a dead child to score cheap political points. Emotive stories of anyone suiciding is always going to score points, but that is not how we should proceed here. Why not run with stories of children raised in homosexual households, highlighting all the grief it has caused them? And why not tell the truth about homosexual suicide rates? billmuehlenberg.com/2010/10/21/just-what-is-behind-these-suicides/

Thus the attempt to keep everyone happy often ends up getting everyone quite unhappy. This goes for individuals as well. We never win when we try to please men and water down the gospel. All we do is invite the wrath of our Lord as expressed in Revelation 3:16: “Because you are lukewarm – neither hot nor cold – I am about to spit you out of my mouth.”

Joshua told us to make up our minds, and stop trying to straddle the fence: “choose you this day who you will serve” (24:15). We cannot please God while seeking to please men. Matt Walsh just had a new article on this, dealing especially with the homosexual and transgender wars.

He was replying to a pastor who said in part: “There is no tolerance, inclusiveness, or love in your writings. It’s hateful towards the LGBTQ community and others who don’t share your views about gay rights, reproductive rights or many other issues. Matt churches should be focusing on how to welcome people in, whether they happen to be gay, trans, feminist or any other group you denigrate.”

This is part of how Matt replied:

It’s not the church’s job to make us comfortable, pastor. Its job is to help to make us holy. Yes, it should welcome all. In fact it should not only welcome but actively seek those who are lost. It should venture into the world, find the wandering sheep, and guide them back into the fold. But what it cannot do, pastor, is welcome our sin.
It should welcome the penitent thief, as Christ did, but it should not and cannot welcome his thievery. Remember, only one of the thieves crucified next to Christ was invited into paradise. The one who renounced his crimes was promised Heaven. The other, who clung to his wickedness even up until the moment of death, was not offered an invitation. I wonder, if you were there on Calvary that day, would you have lectured Christ for not being sufficiently inclusive?
You say we should welcome homosexuals and “transgenders” and people who are pro-abortion and anyone else who commits one of our culture’s trendy sins, but what you really seem to mean is that we should welcome the acts of fornication, sodomy, self-mutilation, child murder, etc. These acts are “God’s design for their lives,” you say. And I’m afraid it is on this point that you stumble headfirst into heresy.
It’s true that the church should be like the father in Christ’s parable, running to greet the son who’d squandered his inheritance on booze and prostitutes, eager to embrace and forgive him. But note how the father didn’t go out, find his son at the brothel, and say, “Son, why don’t you come and fornicate and get drunk at home? No need to change your lifestyle at all. Just come home and do whatever you want. Don’t let me cramp your style, son. Here, need some more money?”
That’s because the rebellious young man had to abandon his sin, seek forgiveness, and surrender to the will of his father. Notice that when he came home he said, “I have sinned against you and against heaven. I am not worthy to be called your son.” Now notice that he did not say, “I’ve had a lot of debauched, drunken sex and I’m proud of it. In fact, I plan to get back at it tomorrow. I’m not sorry, I won’t change, and you just need to shut up and accept it, pops. By the way, I have some hookers coming over later. Please show them to my room. Thanks.”
We can be fairly sure that if the son had approached the father with that speech, he would not have been welcomed inside. There would have been no fattened calf slaughtered for a festive celebration. There would have been only grief and sadness, and, I’m guessing, a pretty stern lecture. “If you live in my home, you will follow my rules,” the father would have bellowed, just as my father said to me many times when I was a teenager.
We cannot be real and active members of the Body of Christ if we categorically refuse to walk the path Christ laid out for us. We cannot be members of the church if we do not love Christ, and we cannot love Christ if we scoff at his commandments.

When we seek to please Christ and run faithfully with God’s Word, then we are guaranteed to upset people, to make them uncomfortable, and to make them angry. That was true of Jesus, that was true of the disciples, and that is true of every real Christian who takes seriously the task of proclaiming biblical truth.

So it is time we gave up this foolish and vain attempt to please everyone and keep everyone happy. It just will not work. And the Christian is never called to do this anyway. He is called to please God and him alone. Let me conclude with a few relevant quotes on this:

?”Better to confess Christ a thousand times now and be despised by people, than be disowned by Christ before God on the day of Judgment.” J.C. Ryle

“I claim the holy right to disappoint men in order to avoid disappointing God.” A.W. Tozer

14 Replies to “Stop Trying To Please Everyone”