When discussing any topic about God we are of course greatly limited in our understanding. He is infinite and we are not. He is perfect and we are not. The good news is that God has revealed himself to us and provided us with truth about himself and the world he created. But plenty of questions still remain.

One question asked by both philosophers and theologians is whether God can do anything. When I ask theology students this question, at first most reply with a bold affirmation: “Of course he can – he is God!” But when I ask a few more questions, they begin to waver in their certainty.

Or take one of the more famous formulations of this question:
-Can God create a rock so large that even He cannot lift it? 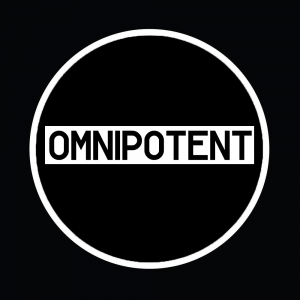 At this point the students are scratching their heads a bit and wondering how to proceed. All this is wrapped up in how we understand a key attribute of God, namely his omnipotence. What exactly do we mean by this concept of omnipotence?

A reply from another important thinker four centuries earlier is brief and to the point. Aquinas put it this way: “Nothing which implies contradiction falls under the omnipotence of God.” Indeed, that is how these sorts of questions have typically been answered by Christians: either by appealing to the laws of logic, or by appealing to God’s moral nature.

I will look further at the logical and the moral answers in a moment, but let me first offer some biblical passages to consider. When my students quickly and firmly insist that God can do anything, they of course have passages such as these in mind which say God can do anything:

-Genesis 18:14 Is anything too hard for the LORD?
-Job 23:13-14 But he stands alone, and who can oppose him?
He does whatever he pleases.
He carries out his decree against me.
-Job 42:2 I know that you can do all things;
no purpose of yours can be thwarted.
-Psalm 115:3 Our God is in heaven; he does whatever pleases him.
-Psalm 135:6 The Lord does whatever pleases him
-Proverbs 21:30 There is no wisdom, no insight, no plan that can succeed against the Lord.
-Jeremiah 32:17 Ah, Sovereign Lord, you have made the heavens and the earth by your great power and outstretched arm. Nothing is too hard for you.
-Jeremiah 32:27 I am the Lord, the God of all mankind. Is anything too hard for me?
-Mark 14:36 “Abba, Father,” he said, “everything is possible for you”.
-Luke 1:37 For nothing is impossible with God.

If that was all we had to go on in the Bible, then yes, we would have to say God can do anything. But the Bible also says there are certain things which God cannot do:

-Numbers 23:19 God is not a man, that he should lie, nor a son of man, that he should change his mind. Does he speak and then not act? Does he promise and not fulfill?
-1 Samuel 15:29 He who is the Glory of Israel does not lie or change his mind; for he is not a man, that he should change his mind.”
-2 Timothy 2:13 if we are faithless, he will remain faithful, for he cannot disown himself.
-Hebrews 6:18 God did this so that, by two unchangeable things in which it is impossible for God to lie, we who have fled to take hold of the hope offered to us may be greatly encouraged.
-James 1:13 When tempted, no one should say, “God is tempting me.” For God cannot be tempted by evil, nor does he tempt anyone.
-James 1:17 Every good and perfect gift is from above, coming down from the Father of the heavenly lights, who does not change like shifting shadows.

Getting back to God making round squares and the like, C.S. Lewis put it this way in The Problem of Pain:

His Omnipotence means power to do all that is intrinsically possible, not to do the intrinsically impossible. You may attribute miracles to Him, but not nonsense. There is no limit to His power. If you choose to say, “God can give a creature free will and at the same time withhold free will from it,” you have not succeeded in saying anything about God: meaningless combinations of words do not suddenly acquire meaning simply because we prefix to them the two other words, “God can.” It remains true that all things are possible with God: the intrinsic impossibilities are not things but nonentities. It is no more possible for God than for the weakest of His creatures to carry out both of two mutually exclusive alternatives; not because His power meets an obstacle, but because nonsense remains nonsense even when we talk it about God.

Or as Christian philosophers Norman Geisler and Paul Feinberg have stated:

God cannot do something which is impossible by definition. As it is impossible to make a circle square or to create another uncreated God, theists hold that it is impossible for God to make a stone that He cannot lift. Other theists explain that the problem begins with the use of a double negative: ‘If God cannot make a stone that He cannot lift, then He is not omnipotent.’ If we were to put this into logical notation, however, the statement would read: ‘Any stone which God can make, He can lift.’ Worded this way, the statement does not present any limitation to God’s power.

So, are there real limitations to God’s power? Do some of the items listed above mean God is not really omnipotent? Again, it depends on how we define the term. If we mean that God can do all things that are doable (that is, are not logically contradictory, or not contrary to his character, etc.), then we can say he is indeed all powerful.

The idea that there may be something which God ‘cannot’ do is entirely foreign to some people. Can he not do anything and everything? Are not all things possible to him? Is he not omnipotent? Yes, but God’s omnipotence needs to be understood. God is not a totalitarian tyrant that he should exercise his power arbitrarily and do absolutely anything whatsoever. God’s omnipotence is the freedom and the power to do absolutely anything he chooses to do. But he chooses only to do good, only to work according to the perfection of his character and will. God can do everything consistent with being himself. The one and only thing he cannot do, because he will not, is to deny himself or act contrary to himself. So God remains for ever himself, the same God of mercy and of justice, fulfilling his promises (whether of blessing or of judgment), giving us life if we die with Christ and a kingdom if we endure, but denying us if we deny him, just as he warned, because he cannot deny himself.

As can be seen in the Lewis quote offered above, this understanding of God’s omnipotence helps us to get our heads around other major theological issues, such as the problem of evil, and the seeming contradiction involved in the relationship between God’s sovereignty and human responsibility. Let me cite a few other thinkers on this issue. Another Christian philosopher, Elton Trueblood, puts it this way:

“God cannot” sounds blasphemous, at first thought, yet there is a sense in which the majority of great religious thinkers have expressed the dictum with boldness. It has long been believed that God is limited by the laws of logic. If it is nonsense to expect God to make triangles in which the sum of the interior angles is not 180 degrees, it is equally nonsensical to expect God to make created beings without the dangers inherent in createdness. Even God cannot create an interdependent community of persons without also producing a situation in which evils spread. . . . This is not to say that createdness necessitates evil; what is affirmed is the notion that it is absurd to expect even God to produce creatures who lack the characteristics of created beings.

Christian writer Hugh Silvester in his book Arguing With God put it in these terms:

God is all powerful but that does not mean that He can do anything. He cannot make 2 + 2 = 5 and He cannot make it raining and not raining in the same moment at the same place. . . . When we say God is all powerful we mean He can do all things that can be done, which doubtless includes many things that are impossible to man. But we do not mean that He can give a hydrogen atom and a helium atom the same atomic structure. Even God could not create free men without at the same time creating men who were free to rebel.

And let me offer a closing thought on all this by John Feinberg. After discussing omnipotence for ten pages in his nearly 1000-page study on the doctrine of God, he says this:

We would do well to recognize that this attribute does not obligate God to do anything he can do. For example, God has power to make me a millionaire, and though I might wish for him to do so, his ability to do this in no way obligates him to do it. God’s moral attributes, including his wisdom, ensure that whatever he chooses in relation to this matter will be good, just, and loving, but those moral attributes do not obligate him to do this good and loving thing for me. Nor do they obligate him to do for me every loving, etc., thing he could do. Whatever God does expresses his omnipotence and his moral attributes, but omnipotence does not oblige him to do everything he can do.

Suffice it to say that there is plenty more that can be said about such complex topics. But hopefully this brief introduction will help us to get a bit more clarity on some of this. Thankfully, one can never ponder, discuss, contemplate and marvel at God and his attributes too much.

5 Replies to “Can God Do Anything?”