It is as regular as clockwork: whenever tragedy strikes the atheists and God-haters come out in force, attacking believers, taking cheap shots, and making smart-alec remarks, as if they are somehow on the high moral and intellectual ground. 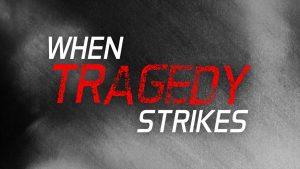 For example, they typically will claim that God (the God they insist does not exist) is fully responsible for these tragedies. They always want to blame God whenever some great evil happens, although surprisingly they never want to give thanks to God when some great good occurs.

This hypocrisy alone should be enough to allow us to quickly dismiss their objections. They cannot have it both ways: they cannot say that evil is the result of God, but goodness is the result of human choices, or mere chance. But that is how they usually carry on.

Consider a very recent example of this. A comment came in by an atheist on one of my articles about the Melbourne terror attack which resulted in five deaths. This fellow wrote in with this remark, beginning with quoting from something I said in my article:

“grieving families and loved ones in our prayers” – the last thing we need is more invocation for the intervention from another supernatural being. If you supernatural being had been doing her job then this guy wouldn’t have been able to commit his act of terror.

I replied to him as follows:

Thanks *****. You speak about divine intervention but then complain that God did not do his job by intervening. So which do you prefer: a God that does intervene or a God that does not intervene? If the former, when should such intervention take place? Only when you decide he should? God by definition is a supreme being with all wisdom who does as he pleases for the good of all. You imply that when bad things are about to happen, God should always intervene. But have you ever done anything bad? Hated on someone? Lied to someone? Stolen something? And if you deny doing anything wrong, then your greatest sin is of course pride and self-deception.

If God does indeed exist and is who he says he is, the really great act of evil is for the creature to shake his deviant fist at the Creator and seek to take his place as the rightful ruler of the universe. So by your understanding, God should have intervened already in your life to keep you from doing all these evil acts.

And please tell us how God should have acted to ensure this “guy wouldn’t have been able to commit his act of terror”. Take away his free will? Strike him down with lightening? Keep him from being born in the first place? Force him to become a Christian? Do tell us how you would have preferred God to act.

God of course is a gentleman and has given us the freedom to choose to love him or to spit in his face (as you appear to be doing). He did not make us to be robots to only do what he programmed us to do. I take it that this is a freedom you greatly value. Sorry, but you cannot have it both ways. If you value your independence and ability to say yes or no to things, including God, it does no good to complain about a God who will violate your freedom and intervene every time you do evil or plan to do evil.

Obviously there is more to be said about all this, and we do need to press our atheist critics on this. Just what do they actually expect of God? Should he intervene or should he not intervene? And if they at all value logic, they cannot have it both ways if we value free will. Consider the major logical formulation: the law of non-contradiction.

This states: A is not non-A. That is, no two contradictory statements can both be true at the same time and in the same sense. Even God cannot do that which is logically impossible. So in this case we can say God cannot create human beings who can make significant choices for which they are morally responsible, and at the same time ensure that such choices are only made for good, and not for evil.

Free will (however exactly we define that to be – and there is some room to move here), includes the ability to make various choices, even wrong or bad choices. If God wanted only perfect obedience and complete loyalty to himself, he could have created automatons. But he could not have created beings with the genuine ability to choose.

And let’s talk more about the intervention of God, and what it would mean if God created a completely arbitrary world with no regular laws in operation, such as the law of gravity. Right now we know that if you jump off a ten-story building, you will head in only one direction: down. And the end result will not be very good.

That law is consistent, and God does not override it every other time someone gets into strife. Thus we use the brains God gave us and act responsibly, knowing that if we are reckless while high up, we might experience a rather nasty outcome.

Of course if God so chose to intervene in such cases he could, but generally he does not – that would be the exception to the rule. And that would not be a logical contradiction, any more than when the sun stood still in the days of Joshua. Sometimes God intervenes in his created order, but most often he allows things to run their course as he had made them to.

So it does no good to complain that God could have turned a hard concrete surface into a soft bowl of Jello every time someone falls from a high altitude. Whether an angry atheist or a faith-filled believer falls from a great height, the concrete will usually remain hard and fast.

As one philosopher of religion put it: “We simply cannot have water which will quench thirst and yet not drown people, fire which will warm homes and not scorch flesh, minds which are sensitive but not capable of becoming insane.”

Or as C. S. Lewis put it in The Problem of Pain:

We can, perhaps, conceive of a world in which God corrected the results of this abuse of free will by His creatures at every moment: so that a wooden beam became soft as grass when it was used as a weapon, and the air refused to obey me if I attempted to set up in it the sound waves that carry lies or insults. But such a world would be one in which wrong actions were impossible, and in which, therefore, freedom of the will would be void; nay, if the principle were carried out to its logical conclusion, evil thoughts would be impossible, for the cerebral matter which we use in thinking would refuse its task when we attempted to frame them. All matter in the neighbourhood of wicked man would be liable to undergo unpredictable alterations. That God can and does, on occasions, modify the behaviour of matter and produce what we call miracles, is part of Christian faith; but the very conception of a common, and therefore stable, world, demands that these occasions should be extremely rare…
Try to exclude the possibility of suffering which the order of nature and the existence of free wills involve, and you find that you have excluded life itself.

So unless we live in a regular, predictable world, nothing would be possible. I could never know if the chair I was sitting on would hold me up or fly me to another galaxy or turn into a raging dragon. God made the world orderly and predictable, and while he can and does sometimes intervene in it, for the most part it carries on with regular routine and monotony.

Thus if a crazed man badly impacted by drugs and Islam drives his car at high speed into a crowd of people, God is unlikely to turn the car into a bunch of feathers, or suspend the various laws of motion and so on which come into play here. To give us free will means God is going to respect that free will, even if it means we choose against God.

As Lewis put it a bit further on in his book:

His Omnipotence means power to do all that is intrinsically possible, not to do the intrinsically impossible. You may attribute miracles to Him, but not nonsense. There is no limit to His power. If you choose to say, “God can give a creature free will and at the same time withhold free will from it,” you have not succeeded in saying anything about God: meaningless combinations of words do not suddenly acquire meaning simply because we prefix to them the two other words, “God can.”

And of course we just do not know all that much about divine providence and its outworking. For example, how many times has God intervened and we just did not know about it? How many times do we hear about some tragedy and it is remarked that it is a “miracle” that more were not killed, or more were not impacted. Well, maybe there were some miracles going on; maybe there was some angelic protection involved; maybe there was some divine intervention taking place.

As mentioned, these misotheists are quite happy to pin everything that goes wrong in the world on God, yet never offer the same when it comes to good things happening. Of course we can even rightly ask if concepts like good and evil make any sense given the worldview of the atheist. But that is the stuff of another article. See here eg: billmuehlenberg.com/2008/11/13/god-and-goodness/

Suffice it to say that God does interact with our world. He may not always act in a way that we mere mortals like, but an all loving God will always do that which is right, and an all-knowing God will always do that which is wise. And the greatest and most essential intervention of all has indeed occurred: when God became man to deal with our sin and offer a genuine way out of the evil choices humans make.

13 Replies to “On an Interventionist God”