One topic that will likely never go away is that of the vexing question about suffering and evil in this world, and why God – if he exists – might allow it. That of course has been the stuff of many libraries worth of thought and writing, and no new insights can be proffered here. 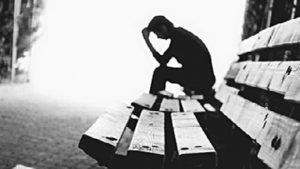 All one can do for the most part is draw upon the wisdom and learning of others over the past millenia. But since these questions keep arising, I guess it is incumbent upon us to try as best we can to offer a few answers. The reason I bring it up again here is because of another recent comment sent to this site.

The comment, which came in just a few hours ago, had to do with an article I had penned earlier this year. It was about yet another Islamic terror attack, and why God did not intervene to prevent it. I thought I had done a basically adequate job of seeking to answer that question, but it was apparently not to everyone’s liking!

That article is found here: billmuehlenberg.com/2017/01/24/on-an-interventionist-god/

So this fellow sends in a comment which would have required too much to answer as a brief comment, so I will answer it here as an article. What follows is the comment he sent in, and just how I would directly have answered him and his objections:

I understand all the reasons to believe in god, I’m an atheist myself, but I can’t say I agree with hardcore atheists or religious folk. First off, atheists of course would not often thank god because they believe they don’t exist, not because they believe they exist enough to be hated. People of faith however, while I respect for having something that gives their life meaning, I seldom agree with many of their arguments as they are flawed; the idea I heard that god lets bad things happen so as to preserve our free will out of love is frankly, in my eyes, unacceptable. I feel if god exists, and they are all-powerful, and all-loving, they would outright reveal themself to humanity and protect us from suffering. It’s the only thing I feel a responsible creator could do. To allow pain, misery, and doubt is as needless and wrong as I can imagine.

Thanks Thomas. Let me begin with a theological definition. When believers talk about divine grace, they refer to God granting us what we do not deserve. Since you did not provide a full name as my commenting rules require, I should have just binned your comment, but I will extend a bit of grace to you and run with it anyway, hoping you are asking some honest and heartfelt questions here.

As to ‘understanding all the reasons to believe in god,’ that is a pretty big claim to make. Indeed, most of the great theologians and philosophers through the ages would likely not make such an assertion. There is always much more we can know and learn in this area, and entire oceans of ink have been spilled on this rather immense topic. So you may still have some room to move here!

I will leave aside your remark about atheists not hating God, since I have met far too many who do indeed hate intensely the being they claim does not exist!

Concerning your dislike of the so-called free-will argument, well it is an old and venerable one, going back at least as far as to one of the greatest thinkers in Western intellectual history, Augustine. Many great minds have run with it over the centuries, although it is by no means the only answer given to these sorts of questions about God and evil.

But staying with it for a few more moments: just what do you propose instead? If there is a God who wants a relationship with his creatures, there really are not too many options here. He could make us all automatons who do his every bidding automatically, never to disappoint, and never to go off the rails.

However a God of love would hardly find that kind of relationship satisfying. Only humans who can reciprocate and give love in return would be worth making. But to do that of course entails some measure of genuine freedom – freedom that may result in them spurning God’s love, rejecting it, and turning on God.

That is a big risk indeed, but God seems to have thought it was better than dealing with a bunch of robots. I would think any spouse would feel exactly the same way. They may not like it when their husband or wife spurns them, rejects them, turns on them, and treats their love with contempt.

But I think they would prefer to take the risk than enter into a relationship with some robot. Love is always worth the risk, even if love can be rejected and trampled on. ‘Better to have loved and lost than never to have loved at all’ as the old saying goes.

Most folks who have known true love – or even some measure of love – would probably concur. So if that is how we operate with our interpersonal relationships, why is it amiss to think God might be in a similar sort of situation? As I say, if you think all this is not up to scratch, then what do you propose in its place?

After all, if you are trying to tell the God you claim does not exist that he is doing so poorly here, then please tell us all what your far superior plan is. We would all love to hear it. In fact, leaving God out of the picture altogether, I think we all would love to hear your plan as to how we can have genuine loving relationships, but with zero risk of being hurt, having our love rejected, and so on.

You digress in your paragraph with a sentence about God not revealing himself. Ah, but that is where you are so very wrong, at least from the Judeo-Christian viewpoint. Not only did God reveal himself in various ways to Israel of old, but he supremely revealed himself to all mankind by actually becoming one of us.

That is the very heart and core of the Christian message: God is not aloof, hidden, veiled or uninterested in us. Quite the opposite, he is so very interested in us and loves us so greatly, that Jesus, God’s son, gave up the safety and joys of heaven to take on human form.

God became man in order that man might be brought back to God. We call this the Incarnation. God incarnate, or God in the flesh. That is Jesus. He reveals to us exactly who God is, what he is like, and what he expects of us. So none of us are without excuse. Certainly no Westerner with ease of access to the New Testament with its four gospels can say they did not know.

Read those four books of the Bible for yourself. You might be very surprised in what you find there. Going on hearsay or what critics have said is hardly following the evidence where it might lead, as Socrates told us to do. If you want to know what God is like, we already know – we have Jesus to show us, so read all about him in the Bible.

You close by claiming that no ‘responsible creator’ would ‘allow pain, misery, and doubt’. Really? Most folks – and almost every parent – knows that to be patently false. Any loving parent will at times allow their children to go through painful or difficult situations for a greater good.

A slap on the hand of a toddler as he is about to touch an open flame is one obvious example. To prevent a greater tragedy, a parent who cares will allow some pain – in the form of a slap – to achieve a greater outcome. Most loving parents would also allow all sorts of other forms of pain and anguish when they know it is for our own good.

My parents allowed me to go through some rather excruciating visits to the dentist because of some problems I had with my teeth. The most loving thing they could have done was to do just what they did: allow me to suffer for a while for a much better outcome along the way. They would have been quite unloving if they spared me of that.

It hurt like hell when I was a very small boy enduring all that pain, but my loving parents knew it was for my best. Sure, they hurt with me as I was going through it. They did not want to see me suffer. But they knew that not all suffering is gratuitous.

Sometimes pain and suffering in this life come for a good reason, and trying to avoid that may cause us real damage overall. If any concerned parent knows these basics, why should we think it strange that God would be any different? Indeed, he knows far more about us than our parents ever will.

He knows that there may be times when some suffering – as unpleasant as it will be – may be what we most need for the very best outcome. So if God is all wise and all loving, as he claims to be, then he will be much better and much more trustworthy than the most caring parent in this regard.

So the fact that we all experience some evil and suffering is not in itself a sufficient argument to disprove God’s existence. Indeed, all it does is raise questions about how we conceive of God, and what sort of God we think he should be.

Thus you raise no new objections here. Indeed, they have been raised millions of times before, and they have been answered millions of times before. I mentioned in my previous article some of the great thinkers on this. C. S. Lewis is one, and his book The Problem of Pain is still among the best to carefully peruse if you are not just asking rhetorical questions here, but really do want to honestly pursue all this.

8 Replies to “Thinking About God, Evil and Suffering – Again”