An ambitious title some might think. It is certainly big picture stuff. But that is vitally needed since so many people – including far too many Christians – never seem to see the big picture. If you only focus on the immediate and the particular, without looking at the long term and the general, we will be left adrift in understanding what is happening around us.

Consider the absolute madness of all things transsexual. Just a few short years ago no one was even talking about such things, let alone pretending they could live it out. Now the gender bender revolution is everywhere in the West – you cannot go a day without it being foisted upon us by the radicals, activist minority groups, academia, the media and our elites. 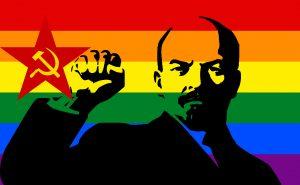 Yet many folks – and many Christians – are entirely clueless as to what is actually happening here. For example, I overheard one discussion recently in which a rather uninformed Christian dismissed concerns about the radical trans revolution, saying it was just part of a fallen world and all we need to do was be “compassionate” and “loving”. He did not have a clue.

If we do not see the big picture here, we will never understand what is happening, and we will never be able to withstand the onslaught we are experiencing, of which the radical sexual revolution is just one part. So let me here speak more to some of these big ticket items.

I of course have written often on these themes before, such as in these pieces:

Here I want to take this a bit further, utilising a few older pieces which very nicely demonstrate the ideological interconnections. The first is a 2005 collection of essays by Theodore Dalrymple called Our Culture, What’s Left of It. I have already done a review of this invaluable volume: billmuehlenberg.com/2006/08/18/a-review-of-our-culture-what%E2%80%99s-left-of-it-by-theodore-dalrymple-ivan-r-dee-2005/

He knows all about the culture wars and authoritarian regimes (his father was a communist, for example) and his insights here are well worth sharing. In a chapter on “The Dystopian Imagination” he looks at the prophetic warnings of Huxley and Orwell.

Their frightening works of fiction were based on the realities of “political schemes of secular salvation” – the most notable being communism and Nazism. Both authors “issue permanent calls to resist trends that, irrespective of the political regime we happen to find ourselves under, will impoverish human life.”

For example, consider just one of the warnings of Huxley:

Brave New World describes a sexual regime that increasingly resembles the one that rules today. A little boy, younger than ten, must visit a psychologist because he does not want to indulge in erotic play with a little girl, as his teachers demand: a situation we seem to be fast approaching. Not only does sex education start earlier and earlier in our schools, but publications, films, and television programs for ever-younger age groups grow more and more eroticized. It used to be that guilt would accompany the first sexual experiences of young people; now shame accompanies the lack of such experiences. In Huxley’s dystopia, as among liberals today, enlightenment and permissiveness are synonymous.

If we see a hard-core war on the family underway today, these writers fully anticipated it, based on their knowledge and experience of authoritarian regimes. Orwell for example prophetically warned about all this as well:

Consider his treatment of the family. In 1984, parents fear their children, whom the Spies, the Party’s youth organization, have indoctrinated. The Spies encourage and reward the denunciation of every political unorthodoxy, even in the nooks and crannies of private life, the very possibility of which is lost as a result. In modern England, parents fear their uncontrollable children, whom their peers, saturated with the violent and selfish values of a degraded popular culture, have indoctrinated. In both cases, parents are no longer the source of moral authority. Orwell forces us to confront imaginatively this overthrow of the natural order.

Take another theme found in Orwell: “Doublethink – the ability to hold two contradictory ideas and assent to both – is with us, too, and will remain so as long as we have large bureaucracies that claim to act for our own good while pursuing their own institutional interests.”

This is elaborated upon in an interview about his book:

FP: You make the shrewd observation of how political correctness engenders evil because of “the violence that it does to people’s souls by forcing them to say or imply what they do not believe, but must not question.” Can you talk about this a bit?
Dalrymple: Political correctness is communist propaganda writ small. In my study of communist societies, I came to the conclusion that the purpose of communist propaganda was not to persuade or convince, nor to inform, but to humiliate; and therefore, the less it corresponded to reality the better. When people are forced to remain silent when they are being told the most obvious lies, or even worse when they are forced to repeat the lies themselves, they lose once and for all their sense of probity. To assent to obvious lies is to co-operate with evil, and in some small way to become evil oneself. One’s standing to resist anything is thus eroded, and even destroyed. A society of emasculated liars is easy to control. I think if you examine political correctness, it has the same effect and is intended to.

My second source is a speech on “The Origins of Political Correctness” delivered by William S. Lind over a decade ago. He begins:

Where does all this stuff that you’ve heard about this morning – the victim feminism, the gay rights movement, the invented statistics, the rewritten history, the lies, the demands, all the rest of it – where does it come from? For the first time in our history, Americans have to be fearful of what they say, of what they write, and of what they think. They have to be afraid of using the wrong word, a word denounced as offensive or insensitive, or racist, sexist, or homophobic.

He answers his question as follows:

If we look at it analytically, if we look at it historically, we quickly find out exactly what it is. Political Correctness is cultural Marxism. It is Marxism translated from economic into cultural terms. It is an effort that goes back not to the 1960s and the hippies and the peace movement, but back to World War I. If we compare the basic tenets of Political Correctness with classical Marxism the parallels are very obvious.
First of all, both are totalitarian ideologies. The totalitarian nature of Political Correctness is revealed nowhere more clearly than on college campuses, many of which at this point are small ivy-covered North Koreas, where the student or faculty member who dares to cross any of the lines set up by the gender feminist or the homosexual-rights activists, or the local black or Hispanic group, or any of the other sainted “victims” groups that PC revolves around, quickly find themselves in judicial trouble. Within the small legal system of the college, they face formal charges – some star-chamber proceeding – and punishment. That is a little look into the future that Political Correctness intends for the nation as a whole.

He looks closely at the ideas and activities of Gramsci, Lukacs, Horkheimer, Adorno, Fromm and Marcuse, and then concludes:

America today is in the throes of the greatest and direst transformation in its history. We are becoming an ideological state, a country with an official state ideology enforced by the power of the state. In “hate crimes” we now have people serving jail sentences for political thoughts. And the Congress is now moving to expand that category ever further. Affirmative action is part of it. The terror against anyone who dissents from Political Correctness on campus is part of it. It’s exactly what we have seen happen in Russia, in Germany, in Italy, in China, and now it’s coming here. And we don’t recognize it because we call it Political Correctness and laugh it off. My message today is that it’s not funny, it’s here, it’s growing and it will eventually destroy, as it seeks to destroy, everything that we have ever defined as our freedom and our culture.

So if you are trying to get your head around things like the mass insanity of all things trans, you need to look at the bigger picture. I am not saying here that all the culture war madness we are experiencing is the result of one monolithic conspiracy, but I am saying that ideas have consequences, and bad ideas by Marxists are still alive and well today.