There are at least two main problems when it comes to pastors and church leaders, and controversial political and social issues. The first problem is that most will simply never say anything about such topics. They refuse to speak on the vitally important issues of the day, often for fear of upsetting anyone and rocking the boat. So they remain silent.

The second problem is some Christian leaders will indeed speak out, but far too often they simply parrot the leftist clichés of the surrounding culture. Instead of offering careful commentary squarely based on a biblical worldview, they just rehash what the world is saying – and usually it is the secular left version of events that they regurgitate.

Both errors are costing the church greatly. And both are found happening over and over again. Let me provide another recent example of the latter problem. A popular pastor who has a tendency to offer somewhat simplistic, trendy and sometimes unbiblical pronouncements on current events has just recently posted this on his page:

The number of Americans killed in a terror attack by someone from one of the seven countries on Mr Trump’s list, between 1975 and 2015, was zero. Only three deaths were attributed to refugees in the 40 years – and those were caused by three Cuban terrorists in the 1970s.
Meanwhile, 22,000 die in the United States each year by overdosing on painkillers and over 15,000 a year die from gun violence. Maybe those stats give the President some more important things to focus on to make America safe again!

Why does he even bother with this sort of stuff? There are just so many problems here that one wonders where to begin. His numbers are bogus to start with. Indeed, the claim that no Muslim refugees are responsible for any deaths in America is simply false. As Don Feder reminds us:

Most jihadist murder sprees were committed by Muslim refugees (like the Tsarnaev Boys and the wife and accomplice of San Bernardino shooter Syed Farook), or the children of immigrants from Allah-land (like Nidal Hasan and Omar Mateen – of the Fort Hood and the Pulse Nightclub massacres respectively). The 9/11 hijackers were here on temporary visas.

But don’t let the facts get in the way of leftist myth-making. Also, radicalised Muslims entering the West intent on causing great harm and bloodshed is a relatively new phenomena, so we would expect numbers to be low – for now. The issue is, will they keep rising?

Based on what we have seen around the Western world, only someone with his head in the sand would say ‘no’. And comparing these numbers to other causes of death is of course simply a case of apples and oranges. It is like saying more people have died from car accidents than exploding mobile phones.

Cars have been around for a long time now, while mobile phones have only recently come on the scene. So of course the former will result in more deaths than the latter. The same here. Moreover, this is the logical fallacy known as the false dilemma. This faulty way of thinking says that we must choose between A or B, only. But often one can choose both, or there are other alternatives t 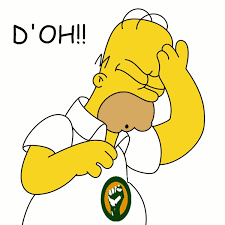 To worry about one cause of death should not of course mean we cannot worry about another cause of death. Why not rightly worry about all causes of death? Why force us to foolishly pick just one or the other? So the entire post is misleading and unhelpful in this regard.

Moreover, it does not take into account all the foiled terror attacks planned for America. Indeed, one recent study refutes the dodgy numbers offered by this pastor. It says that since “9/11, 72 individuals from the seven mostly Muslim countries covered by President Trump’s ‘extreme vetting’ executive order have been convicted of terrorism.”

One simply has to consider all the deadly attacks undertaken by Muslims since 9/11. I assume pastors like this would have no clue about the actual numbers, so let me help them out. Since that fateful day there have been 30,288 such attacks to be exact. Simply looking at the month of January we find 201 attacks in 30 countries with 1412 people killed and 1679 injured.

Is that something we should be worried about? Most people would think so. But some pastors seem to dismiss such concerns, preferring to score cheap political points with bumper sticker reasoning. When we have an enemy that has sworn to defeat us, we had better take it seriously.

But one of the greatest problems we have right now in the West is folks who are utterly clueless about the nature of Islam, and the very real threat it poses, not just elsewhere but right here in the West. Making light of the war we are in, and the need for strong border protection, helps no one, and is not particularly Christlike.

But wait, there’s more. His second paragraph is a real doozey. Just what is he saying here? Is he suggesting we should ban pain killers? And yes, people die when they are murdered by guns – or any other weapon for that matter. Which is why Americans are so very keen to preserve their Second Amendment rights to carry firearms in an effort to protect themselves and their loved ones from such murders.

But pastors like this are almost always on the leftist bandwagon condemning the “gun culture” in America. Sadly however the social justice warriors get this issue wrong all the time, simply running with emotion and knee jerk reactions instead of dealing with facts and evidence.

As but one fact, consider the number of times mass shootings have been prevented because a citizen was lawfully carrying a firearm. A 2015 article for example noted that at least “12 times mass shootings were stopped by good guys with guns” in America. Another piece put it this way:

“Criminologist Gary Kleck estimates that 2.5 million Americans use guns to defend themselves each year. Out of that number, 400,000 believe that but for their firearms, they would have been dead,” columnist Larry Elder wrote in July, following the shooting tragedy at the premier of the latest Batman movie in Aurora, Colo.
“We know from Census Bureau surveys that something beyond 100,000 uses of guns for self-defense occur every year,” adds Professor Emeritus James Q. Wilson, a public policy expert at the University of California-Los Angeles. “We know from smaller surveys of a commercial nature that the number may be as high as two-and-a-half or three million. We don’t know what the right number is, but whatever the right number is, it’s not a trivial number.”

But facts like this do not fit in with the left’s narrative, so they are conveniently ignored, replaced with emotive clichés and unhelpful postings like the one above. I would have thought that the “What Would Jesus Do” crowd would be in favour of innocent lives being saved and murder being prevented.

Finally, folks like this are usually lefty social justice warriors who believe we have some obligation to take in refugees from everywhere, with basically no questions asked. They have the false and unbiblical notion that this is something Jesus would do. Um no, not quite.

The Bible does in fact support the notion that nations have a right to secure borders and protection from external threats. But I have sought to make that case carefully elsewhere: billmuehlenberg.com/2010/11/09/christians-and-asylum-seekers/

All in all this post was not very helpful. In fact it was rather unhelpful. It was illogical, factually anaemic, and morally dubious. And biblically speaking it was not so flash either. I do not mean to pick on this one particular pastor, since there would be so many others just like him. He is simply representative of this sort of thing.

Sure, in many other areas they may well be doing a good job for the Kingdom. And I suppose we can be grateful that pastors like this are speaking out instead of remaining silent. So two cheers for that. But when our church leaders do speak out, it is incumbent upon them that they do think very carefully and prayerfully about what they say.

Getting their facts right would be a great start. Easing up on all the clichéd moralising would also be useful. And refusing to simply run with the latest leftist nostrums would be all very helpful as well. Otherwise they may end up causing more harm than good.