I have a confession to make: I did not always love Second Corinthians like I do now. A lot of it is about Paul defending himself and his ministry, and he even speaks about boasting in this if he must. That seemed a bit odd to me, and I did not always fully understand and appreciate what he was getting at in this epistle.

But for various reasons, in the past few decades 2 Corinthians has rocketed to my number one New Testament book. I am not sure if we are to so elevate one NT book over another, but its themes about strength in weakness and glory in suffering are so very vitally important today – certainly in the West.

Many of our churches preach a triumphant gospel, one that often exalts power, one that exalts self, and one that exalts success. We find this especially in the health and wealth gospels, and in the name it and claim it theologies, both of which basically look down upon suffering and weakness. 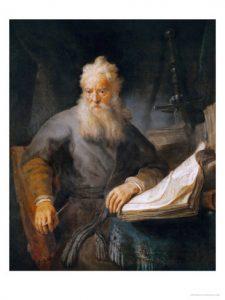 Thus 2 Corinthians is THE book of the hour for so much of Western Christianity. In it Paul takes on the “super apostles” and those who exalt all sorts of things (fame, power, signs and wonders, speaking ability, status, reputation, etc). Paul boasts instead of his weakness, his afflictions, his hardships and his suffering.

But let me here simply run with a number of quotes on the book’s main theme and its importance. Right now there is a big gap in my bookshelves because I have pulled my twenty-plus commentaries of the book down to quote from. Here are some of their thoughts:

With evident distaste for speaking about himself, Paul reminds the Corinthians that, as they well knew, in contrast to the pretended apostleship of these false teachers his apostleship was one of continuous suffering and self-abnegation, and that it was precisely in his own manifest weakness, which left no room for self-glorification, that the power and grace of God had been magnified (11:21-12:12). (Philip E. Hughes)

The central theological theme of 2 Corinthians is the relationship suffering and the power of the Spirit in Paul’s apostolic experience. Paul’s point concerning this theme is as simple as it is profound. Rather than calling his sufficiency into question, Paul’s suffering is the revelatory vehicle through which the knowledge of God manifest in the cross of Christ and in the power of the Spirit is being disclosed. (Scott Hafemann)

The central theme of 2 Corinthians is divine power in weakness. It is a theme that the church in the West has tended to shrug off as appropriate only for Christians living under oppressive political regimes. Health, wealth and prosperity is a message often presented in the media and preached from the pulpit in the West. Not so with Paul. He defines the role of the gospel preacher in terms of the trials and hardships through which God’s power is seen and appropriated. It is the same for the church…. Every chapter echoes this theme. (Linda Belleville)

Paul’s theme throughout this letter is the strange royal comfort that comes through the suffering and death, and the new resurrection-life, of Israel’s Messiah, Jesus, the Lord of the world. This is the letter above all where he explains the meaning of the cross in terms of personal suffering – his own, and that of all the Messiah’s people. (Tom Wright)

The motif that keeps emerging throughout this epistle is that weakness is the source of strength and that suffering is the vehicle for God’s power and glory….
The gospel does not ride on health and wealth but on weakness. The ministry of the Spirit is not one of splash and flash but of meekness and weakness….
Affliction was the key to Paul’s effectiveness in ministry, and affliction is the key to effective ministry today. How countercultural this is. It even runs counter to so much “Christian” thinking that regards affliction as evidence of personal sin or efficient faith, and sleekness and ease as palpable evidence of divine blessing. (R. Kent Hughes)

In and through this weakness, God manifested his power, so that Paul can also write, ‘but he lives by reason of the power of God’ (13:4). The fundamental paradox of weakness and power then is rooted in Christ’s death, which has been made possible by the incarnation. Embracing this paradox in his life, Paul boasts in his own weaknesses (11:30; 12:9), aware that Christ’s ‘power is made perfect in weakness’ (12:9). This is not to say that power is weakness. Rather, in a manner that can be understood only in light of the paradox of the cross, power comes to its perfection in and through weakness. Because the Corinthians did not grasp this paradox, they could not appreciate Paul’s apostolic ministry among them and the new covenant community that he established in their midst. (Frank Matera)

It is, however, in human weakness that the pattern of the Gospel is most clearly shown: ‘My grace is enough for you; for power comes to perfection in weakness. Therefore will I most gladly boast rather in my weaknesses, in order that Christ’s power may rest upon me’ (xii. 9). And Paul constantly bears in his body the death of Jesus— not as an end in itself but as the only way to a manifestation of his life (iv. 10). Human weakness is thus not a thing that may or must be tolerated; Paul boasts about it, as the surest proof of his being a Christian, and a representative of the Christ crucified who is the Lord, not in spite of his having been crucified, nor as a reward for having been crucified, but because being ‘Christ crucified’, ‘the Son of God who loved me and gave himself for me’ (Gal. ii. 20), is what God means by being the Lord. (C. K. Barrett)

Paul’s argument throughout the letter is that “only in cruciform sufferings like his” can the Lord “perform his powerful work, introducing glory into an age of darkness, salvation into a world of despair, a new age with the old life and power to more and more people.” Those who cannot see the glory in the cross of Christ because they are captured by the wisdom of this world will hardly see it in his suffering apostle. If they do see it, however, they will see how exceedingly glorious Paul’s ministry is. This letter is not just a personal defense; it is a restatement of the basic doctrine of the cross which Paul preached to them (1 Cor 2:2). (David Garland)

To confess that the present world is a “vale of tears,” as Paul effectively does, is not to say that there is nothing in it but suffering and sorrow. It is, however, to open one’s eyes to the sorrow and suffering that are present in the world. It is to see beyond the temporary security of the earthly goods to the suffering that in one measure or another must come to each who belongs to Christ. Indeed, according to the apostle, comfort and salvation come only through trial and suffering. True happiness comes only to those who know sorrow. Paul seeks to bring the Corinthians back to this realism. (Mark Seifrid)

Now if all this sounds very foreign to what is heard in most Western pulpits today, that is because it is so seldom preached. Hardly anyone is talking about suffering and hardship and weakness as indications of the genuine Christian life and work. Instead, we mainly hear about having your best life now, and getting everything you want to be happy and successful.

Why do I suspect that if Paul tried to get a few speaking gigs in most churches today he would never make it through the door? He would be told his message is far too negative and would simply turn people off. After all, we need to be seeker sensitive and tell people what they want to hear. That is how we grow churches (and get even more moolah in the offering plate).

The theology of suffering, of the crucified life, and of strength coming through weakness is about as alien as you can get in far too many churches today. Yet it was the very heart and soul of the message of the Apostle Paul, not just in 2 Corinthians, but in all his epistles.

To emphasise the cross and death to self is Christianity 101. There is no crown without the cross. There is no glory without suffering. There is no resurrection without death. As C. S. Lewis reminded us in one of his essays, “Nothing that has not died will be resurrected.”

In that brief remark Lewis nails the very heart of the Christian life. It is clearly not a popular message today, but it is a thoroughly biblical one. And it is the message which the Apostle Paul saw as absolutely central to everything about his life and ministry. We should take the same view.