Our God is a God of beauty. One simply has to look at the world he created to see beauty everywhere: majestic mountains, wondrous oceans, incredible sunsets, amazing flowers, thundering waterfalls, and so on. Even in a fallen world we see all around us the beauty of creation, reflecting a Creator of great beauty.

And Scripture speaks of God’s beauty, as in Psalm 27:4: “One thing I ask from the Lord, this only do I seek: that I may dwell in the house of the Lord all the days of my life, to gaze on the beauty of the Lord and to seek him in his temple.” 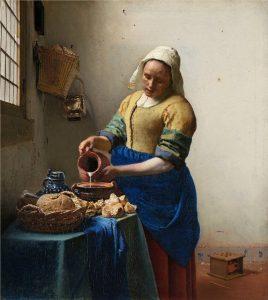 Given that we are created in God’s image, human beings are, as Tolkien called them, subcreators. We too can make things of great beauty, be it in works of art, music, literature, poetry, architecture, etc. All Christians should appreciate such artistic efforts, as I have written elsewhere: billmuehlenberg.com/2011/07/28/art-and-the-christian/

And if you do appreciate art and beauty, you may, like me, sometimes think about what has been lost, or never has been. That is, sometimes great works of art are destroyed, for example in times of war, or terrific artists die while quite young. Like me, you may at times wonder what other great works of art might have been produced had these folks lived a longer, fuller life.

And then we can think of Christian musicians such as Keith Green who blessed us with so much wonderful music, only to die at the age of 28 (1953-1982; he was born the same year I was). What sort of songs could he still be producing if he were alive today?

As I sometimes reflect on all this loss, I am reminded of certain possibilities. I am pretty sure that all this talent and all these divine giftings are not lost forever. I am sure that creativity will continue in the next life, so if we are amazed at works of human art in this world, how much more so in the next?

And of course we will live with our glorious and beautiful God forever, so we will be surrounded with all this for all eternity. Works of wonderful beauty and artistry will not be confined to just this life. I would like to think we will see much more of it in the future life.

If we are enthralled with certain works of art, or poems, or pieces of music now, how much more in the life to come? If we see so much amazing creativity in a very fallen world at the hands of finite and flawed human beings, what will we find when we go to be with the Lord?

I for one am excited when I think about our eternal home, and what we will be involved in. Of course worshiping God will be our primary occupation, but there will likely be so much more. We can only imagine what such a life will be like. Speaking of which, consider that song in more detail, “I can only imagine”.

It came about when a Christian musician lost his father, and he contemplated what it would be like to one day see the Lord. A Wiki entry offers some background to this:

“I Can Only Imagine” (sometimes shortened to “Imagine”) is a single recorded by Christian rock band MercyMe. Written and composed by Bart Millard, the song, based around a main piano track, was inspired by the death of Millard’s father and considers what it would be like in Heaven and to be standing before God. The song was first issued as a track on MercyMe’s 1999 album The Worship Project, which was released on an independent record label. The song was re-recorded and included on their 2001 major-label debut album Almost There as the fifth song on the album.
“I Can Only Imagine” was released in 2001 as the album’s lead single. It gained significant airplay on Christian radio formats before crossing over to mainstream radio formats such as adult contemporary and Top 40 in late 2003 and into 2004; to aid in promotion to these markets, a double A-side physical single (combined with “Word of God Speak”) was released in 2003. It charted on several formats, including the Billboard Adult Contemporary (where it peaked at No. 5) and the Hot 100 (where it peaked at No. 71). In 2002, “I Can Only Imagine” earned the Dove Awards for ‘Pop/Contemporary Recorded Song of the Year’ and ‘Song of the Year’; Millard earned the Dove Award ‘Songwriter of the Year’ at the same ceremony. The song has been certified 2x platinum RIAA for sales of over two million digital downloads, and is the first (and so far only) Christian single to reach that milestone.
“I Can Only Imagine” was the debut single for United States contemporary Christian and Christian rock band
MercyMe. The father of Bart Millard, the band’s vocalist, died in 1991. Millard was 18 at the time. Millard began writing the words “I can only imagine” on items when he was thinking about his father. During the recording of the band’s 1999 independent album The Worship Project, MercyMe needed one more song to fill out the album. Millard, alone on a bus in the middle of the night, finally wrote the lyrics to the song by drawing on his thoughts and personal faith about what one would experience standing before God in Heaven. Millard attests that “[‘I Can Only Imagine’] is one of the only songs I have ever written where there wasn’t any mistakes, it was just written the way it is and left at that”, and estimated that it took him only ten minutes to write the lyrics.
In writing the music for the song, however, the band faced more difficulty; Millard noted that “at first it was a fast song… it was all these random ideas”. Keyboardist Jim Bryson noted that “we were literally tearing down the stuff… [Millard] and I were talking about arranging it differently and doing a slower version, so we just tried out a piano intro… it was literally the first thing I played. It wasn’t anything to do with me, I think it was just a God thing. [Millard] said ‘here it is, this is what’s going to happen’, and we laid the song down in about five minutes.”

Here we have a number of themes I discuss in this article nicely tied together: Works of art and beauty, Christianity and eternity. It is certainly a beautiful and soul-inspiring song. You can listen to the song with lyrics here – enjoy: www.youtube.com/watch?v=0xwzItqYmII

So let me encourage you: if you are easily depressed, discouraged, bummed out (as I can often be), and/or facing hardships and difficulties, keep your heart and mind fixed fully on eternity. And if you are a Christian who greatly appreciates art and beauty, you have plenty to look forward to in the life to come. Stand strong Christian!

7 Replies to “Beauty, Art, the Believer and Eternity”