The debate over the eternal security of the believer has raged for centuries, and there is nothing new I can add to the debate. Those who have their mind made up theologically speaking will know where they stand on this: Calvinists for example will strenuously emphasise of the assurance of salvation while Arminians will strenuously emphasise of the possibility of losing your salvation.

The way in which one understands how salvation occurs will greatly impact on how one thinks about this aspect of the debate. So it is a much bigger discussion and to do it justice, the nature and means and order of salvation would first have to be carefully discussed. 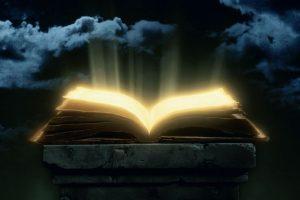 Here I want to look at just one small aspect of the bigger discussion. We sometimes read in Scripture about one’s name being in, or not being in, the “book of life”. Looking more closely at those passages may help us in the larger matter of whether believers can lose their salvation.

The phrase is of course a metaphor, speaking of the assurance of believers who are in right relationship to God. But the question is, how are we to understand these six uses of the phrase? Sometimes they are tied in to the doctrines of election and predestination, as in:

But in Revelation 3:5 there seems to be the possibility of having one’s name struck out of the book of life: “The one who is victorious will, like them, be dressed in white. I will never blot out the name of that person from the book of life, but will acknowledge that name before my Father and his angels.”

So what do we find here: eternal security, or the possibility of loss of salvation? As is so often the case, one’s prior theological commitments will in good measure determine how one interprets such passages. Those with a Reformed theological bent will emphasise the keeping power of God. Let me quote from a few of them here.

Commenting on Rev. 3:5-6, Sam Storms in To the One Who Conquers (Crossway, 2008), says this about it: while there are various views about the book of life as found throughout Scripture, it most likely is an image of “the register of those who have been chosen for salvation from eternity past”.

As part of his reasoning here he goes on to say:

John Piper also sees things in similar fashion, but is keen to emphasise our role in this as overcomers. Yes, God calls us and keeps us, but we have a real role to play in persevering and staying obedient:

The teaching here is that having one’s name written in the book is effectual. That is, it has a defining effect on one’s responses. To have your name written in the Lamb’s book of life from the foundation of the world guarantees that you will not worship or marvel at the beast. John does not say, “If you worship the beast, your name is erased.” He says, “If your name is written, you will not worship the beast.
This fits with Revelation 3:5, “He who overcomes . . . I will not erase his name from the book of life.” The triumph required in 3:5 is guaranteed in 13:8 and 17:8. This is not a contradiction any more than for Paul to say, “Work out your salvation . . . for God is at work in you to will and to do his good pleasure” (Philippians 2:12-13). It is not nonsense to state the condition: if you conquer, God will not erase your name (3:5); and to state the assurance: if your name is written, you will conquer (13:8 and 17:8). God’s “written-down-ones” really must conquer, and really will conquer. One side highlights our responsibility; the other highlights God’s sovereignty.
The practical impact of this truth is not that we be cavalier about faith and love and holiness. There is necessary vigilance (Hebrews 3:12) and striving (Luke 13:24) and pursuit (Hebrews 12:14) in the Christian life. Rather, the impact is that we rest in the assurance that we are not left to ourselves in this “fight of faith.” The God who called you is faithful to “confirm you to the end, blameless in the day of our Lord Jesus Christ” (1 Corinthians 1:8). “Faithful is He who calls you, and He also will bring [your sanctification] to pass” (1 Thessalonians 5:24). He will complete the salvation he began (Philippians 1:6). We are kept by the power of God (1 Peter 1:5). Fight we must, for only those who persevere will be saved (Mark 13:13). And fight we will, because God is at work in us to will and to do his good pleasure (Hebrews 13:21).

Greg Beale in his commentary of Revelation also argues for God’s faithfulness in preserving us to the very end. He reminds us that

none of the other promises to the overcomer contains such an implicit threat of losing a salvation once gained, but they are coined in purely positive terms. The emphasis of this expression in 3:5b is that those who persevere and prove themselves genuine will surely receive the promise they deserve. If they are genuine believers, then their names, indeed, have already been written down in “the book of life,” they are destined for a salvific inheritance, and nothing will prevent them from possessing it.

Grant Osborne, like Piper, also emphasises the roles of both God and the believer in all this, and comments: “Participation depends on Christ’s sacrificial death and the believer’s faithful perseverance in Christ. Both aspects must remain intact.” Speaking of the blotting out of Rev 3:5 he writes:

The options are twofold: this can happen to members of the church who have participated in the covenant blessings but are not of the elect (the Calvinist view); or this is a possibility for all believers, and the only way to be sure of one’s final salvation is to persevere (the Arminian view). This latter option better fits the book of Revelation.

If you want to know my take on all this (and I realise that neither Calvinists nor Arminians will like it), I stress what I said above: we need to take the warnings of Scripture seriously while also rejoicing in the many promises of assurance we also find there.

We can rejoice in God’s keeping power, but we must take seriously the many hundreds of imperatives (commands) found all throughout the New Testament. But with more careful Calvinists, I tend to want always to emphasise God’s vital role in all this, while not minimising our role. Thus the wise words of Beale on this do indeed reflect my point of view:

Though the metaphor of erasure does not imply loss of actual salvific life, the expression together with the note of “overcoming” is to be taken, not only as an assurance, but also as a warning and exhortation like that of 2 Pet. 1:10-11: “be all the more diligent to make certain about his calling and choosing you; for as long as you practice these things you will never stumble; for in this way the entrance into the eternal kingdom . . . will be abundantly supplied to you.” The warning causes genuine believers, especially those wavering, to examine their lives, amend them accordingly, and gain subsequent assurance through a changed life. False believers remain untroubled.

As stated above, the whole issue of the security of the believer and whether one can fall away is a major theological discussion, and a short piece like this looking at only one small portion of the debate hardly takes us very far. But it is one important aspect of the overall debate that is worth looking at.

And I realise that for far too many believers a topic like this can result in WWIII, with all sorts of heated exchanges likely to break out. That is not my intention here, and as I say, much more needs to be said about all this. And as I mentioned, one would really need to explain in much more detail how we understand the salvation process and so on, so allow me some time and space to do that in future articles, thanks.

And of course I am well aware of the many verses which speak to our eternal assurance because of what God has done and is doing for us, and I also am well aware of the many verses which offer warnings and speak to the possibility of falling away. So simply writing in with a few of your fav verses on this may not contribute all that much to the discussion, at least for those of us quite conversant with all the relevant biblical data.

11 Replies to “Security and Falling Away: On Being in the “Book of Life””