The spiritual and religious makeup of a nation is not determined solely by a national census, but it can give us at least some rough ideas nonetheless. The results of the 2016 census are slowly being released, and today we had more information, including the state of religion in Australia.

Bear in mind that the question about religion was the only census question that was optional. So the numbers found here may well be somewhat different from reality. But assuming that they are more or less close to the actual figures, this is what we find:

Christians still make up the majority of Australians, with 52 per cent of the population. In 1966 it was 88 per cent. So there is no question that a decline is taking place here. But as mentioned, a census does not reveal everything. There are many people who still may well at least vaguely identify themselves as being Christian, even if they may not have chosen one of the major categories (Anglican, Catholic, etc). 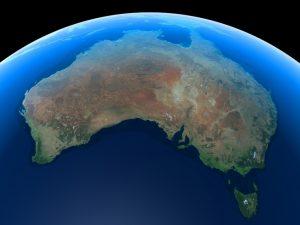 And the obverse is all rather misleading as well. One report spoke about how we are “ditching religion in unprecedented numbers.” Well, yes and no. For example, the “no religion” category is growing, with 30 per cent today choosing that option. In 1966 this category was just one per cent.

While the atheists and misotheists will be salivating at the 30 per cent figure, it is far from clear that they should be. Having no religion of course does not make one an atheist. One can be involved in all sorts of spiritualities and non-materialist worldviews without being an atheist.

And all this despite the big campaign by atheist groups prior to the census to get people to opt for no religion. So to say Australia is less religious may not be all that accurate. Yes, leaving some of the mainstream religions is happening, but not across the board.

In each case we are still talking about very small numbers indeed. And one expects that these numbers are primarily a result of increased immigration from countries where these religions predominate. Indeed, this is reflected in the fact of where new arrivals are coming from. The top five countries of birth (excluding Australia) are these: England, New Zealand, China, India and the Philippines.

And this can also be seen in the top five languages spoken at home, with English at 73 per cent, Mandarin at 2.5 per cent, Arabic at 1.5 per cent, Vietnamese and Cantonese at one per cent each. So the rise in Islam and eastern religions seems to correspond in good measure with the sorts of people coming into this country, as opposed to masses of Australians converting to these religions.

So the bottom line on all this is as follows: Australia is still primarily a nation made up of those representing the Christian faith. Muslims may think they are taking over demographically speaking, but they have a very long way to go in this regard.

Sure, they are making huge gains by other means, such as creeping sharia and stealth jihad, and clueless dhimmi politicians, but that is another matter. Indeed, we can ask why so many politicians are bending over backwards to placate and promote a minority group that makes up just two and a half per cent of the population.

Just yesterday our Prime Minister made two major overtures to this tiny minority group. He attended an end of Ramadan feast and offered his blessing to Islam, and he pledged $625,000 of our tax dollars to fund Muslim football players. Really! See the three links below for more on this.

When a group comprises such a small percentage of the community, and when it involves a political ideology hostile to the values of freedom and democracy, you have to ask why Turnbull and other politicians are so supportive of it, while snubbing their noses at the Christian majority.

The truth is, most of the seats in Western Sydney are filled with Muslim populations, so many pollies feel they must at all costs toady to Muslims in the hopes of getting their votes – even though there are not that many votes to be had, and most would go to Labor anyway.

The other point to again emphasise is that the atheists have not taken over the nation. As I said, the 30 per cent no religion figure would contain a wide array of folks, many of whom would regard themselves as spiritually active, and not card carrying naturalists.

At best, many would simply consider themselves to be agnostics – so the question of God’s existence, and the reality of the supernatural, is still quite open. So while the secular humanist mob will try to milk these figures for all they’re worth, they too have a long way to go yet.

Thus for the most part Australia remains a Christian nation. If present trends continue we may well be less than 50 per cent come the next census. But while the secular left wants us completely silenced, and have no part in national debates, the truth is, Christians have as much right in a democracy to speak up as anyone else.

We have as much of a right to enter into the public arena and make our case as any other group. We will not be silenced. We will not let the bullies on the left browbeat us into submission. We will continue to be salt and light in this nation, and keep seeking to have a godly impact on a very needy society.

And if and when Christians get down to a mere handful, if I am still around I will keep speaking out about what matters. If we eventually need to meet in caves or forests to worship our God, that we will do. But while religious liberty still exists here, and while Christians still predominate, it is incumbent upon every believer to redeem the time for the days are evil.

It is vital that we all use the time wisely, and share the good news of Jesus Christ while we still can do it more or less freely. A day may come when we will pay a much heavier price indeed to share the liberating gospel message. But now, while the freedom is there, let us take full advantage of it.

12 Replies to “Faith in Australia, and the Way Forward”