For some reason, there is one article that I wrote some years ago that has been read more times, shared more times, liked and commented on more than any other piece I have ever written. For a rinky-dink website such as mine, this particular piece just shot through the roof and has been shared all over the place. It has had a half million views, while my next most viewed article has had less than a tenth of that.

So what was it about? It had to do with the widespread move in the West of Christians still loving Jesus, but not being so thrilled with the local church. For good or ill, millions of Christians have simply stopped going to church. They have not stopped loving and serving God, but for a whole range of reasons, they are quite dissatisfied with the status quo of most church life.

Many meet in home groups or house churches for their fellowship and worship now. The fact that I have had such a massive response to this article tells me there are countless Christians in this place at the moment. The article is here: https://billmuehlenberg.com/2014/12/26/on-leaving-church/ 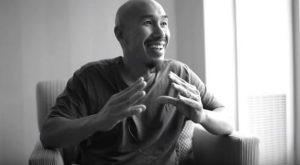 I share all this because there is at least one case of a very well-known pastor who also feels quite dissatisfied with the current way of doing church in the West. And he was no small fry but a hugely successful megachurch pastor. I refer to Francis Chan.

Now I do not know all that much about Chan, but what I do know I really like. The California pastor has long been saying things that I shout a hearty ‘Amen’ to. He often says things that far too many pastors will not say. He urges us to consider the radical and costly call to Christian discipleship, and urges us to stop playing games and get real with our faith.

His calls to radical discipleship have stirred my heart and rung true with my spirit – and that of many others. Five years ago I wrote a piece on lukewarm Christians, and quoted heavily from one of his books. In that piece I said this:

Perhaps a few lines from Francis Chan’s Crazy Love: Overwhelmed by a Relentless God might suffice. He has an entire chapter on this called “Profile of the Lukewarm”. Discussing the Parable of the Sower in Luke 8, he says this:
“My caution to you is this: Do not assume you are good soil. I think most American churchgoers are the soil that chokes the seed because of all the thorns. Thorns are anything that distracts us from God. When we want God and a bunch of other stuff then that means we have thorns in our soil. A relationship with God simply cannot grow when money, sins, activities, favorite sports teams, addictions or commitments are piled on top of it.”
Chan summarises: “As I see it, a lukewarm Christian is an oxymoron; there’s no such thing. To put it bluntly, churchgoers who are lukewarm are not Christians.” Quite so. He explains:
“The core problem isn’t the fact that we’re lukewarm, halfhearted, or stagnant Christians. The crux of it all is why we are this way, and it is because we have an inaccurate view of God. We see Him as a benevolent Being who is satisfied when people manage to fit Him into their lives in some small way. We forget that God never had an identity crisis. He knows that He’s great and deserves to be the center of our lives.”

Amen to that. Give me one paster preaching this sort of message than a thousand with their feel-good gospel of selfishness where the focus is mainly on what you can get out of the Christian life. I know that the ‘your best life now’ message appeals to millions, but a watered-down and self-centred gospel always will do that.

An authentic self-denying, cross-carrying, world-renouncing gospel will always attract much smaller crowds. That was true when Jesus and the disciples proclaimed the gospel, and it is still true today. So why am I bringing up Chan here again just now?

Because he has made a move that has shaken the evangelical world, and for good reason. He has abandoned his thriving 5000-member megachurch and started a much more humble and low key house church movement. Let me quote from one article as to why he left his church seven years ago. Chan says this:

I got frustrated at a point, just biblically. I’m going, wait a second. According to the Bible, every single one of these people has a supernatural gift that’s meant to be used for the body. And I’m like 5,000 people show up every week to hear my gift, see my gift. That’s a lot of waste. Then I started thinking how much does it cost to run this thing? Millions of dollars! So I’m wasting the human resource of these people that according to Scripture have a miraculous gift that they could contribute to the body but they’re just sitting there quietly. … [T]hey just sit there and listen to me.

Moreover, he felt the church wasn’t following God’s command to love one another — attendees would simply greet each other for 30 seconds and mainly hang out in cliques once a week. “I was like, ‘God, you wanted a church that was known for their love. You wanted a group of people where everyone was expressing their gifts. … We’re a body. I’m one member, maybe I’m the mouth. But if the mouth is the only thing that’s working and … I’m trying to drag the rest of the body along, chewing on the carpet …”
His decision in 2010 to leave Cornerstone — which he started in his living room — came as a shock to many, including fellow evangelical pastors. In his announcement to the congregation at that time, he said he had been feeling a restlessness and stirring to let go of the megachurch and take on a new adventure. He also indicated that he was wary of being “comfortable.”
In his talk at Facebook last week, he offered more details about why he made that decision to leave, including a desire to get away from the pride he began to feel as his book, Crazy Love, became a bestseller and as he became a popular sought-after speaker.
“I freaked out during that time in my life,” Chan recalled. “The pride … [going to] a conference and seeing my face on a magazine … and hearing whispers … and walking in the room and actually liking it.” At one point, Chan felt convicted and realized he became everything he didn’t want to be. “Everything you (God) said you hated, that’s me right now,” he realized. “I gotta get out of here. I’m losing my soul.”
Wanting to hide from “that weird celebrity thing,” he also realized that he missed the old Francis Chan — “that stupid kid who fell in love with Jesus in high school and starts calling everyone in the yearbook that he knew to tell them about Jesus because he was so concerned about their eternal destiny.” Chan stressed to the Facebook group that God hates pride and that one can easily lose humility.

And many Christians will get upset and offended with this, but Jesus and all of Scripture make it perfectly clear that one of the supreme tests to determine if you really are a true disciple of Jesus Christ is your attitude toward money and riches. Yes, the way we relate to wealth and material things tells us a whole lot about the sort of relationship we have with Christ. The article concludes:

As for what he does with all the money he earns through his bestselling books, Chan said he gives it all away. He had prayed to God years ago, saying he was frustrated with the rich people in church who only give 5 to 10 percent of their money to church while living off millions. He prayed that God would either raise up a new generation of rich people who would actually live for eternity and give all their money away or make him rich.
“I’ll give it all away to show that you’re better than all of that,” Chan remembered praying. So when he surprisingly made a million dollars the next year through his book and continued to make more over the following years, he signed it all over to a charitable gift fund “so that I can’t even touch it. I can’t even buy lunch with the money … I can only give to charity. “It’s been the best thing. Now I spend my days going and looking where are the needs around the world and how can I contribute to it?”

I don’t know about you, but this sounds like the real deal when it comes to Christian discipleship. No clichés and empty rhetoric, but genuine evidence of a heart fully given over to God and his purposes. So am I saying all true Christians must give away all their money? No.

But probably the overwhelming majority of rich Christians need to have a good hard look at their life and what is really a priority for them. Spending time on our faces before Almighty God might be the best thing most wealthy believers could ever do – and poor believers as well!

And what am I saying here about church life? Must every pastor and member of a megachurch quit what they are doing, sell the buildings, and form house churches? Not necessarily, although I suspect that for many of them this might be a far better option than what they are presently engaged in.

Each Christian and Christian leader must prayerfully and carefully consider what God would have them to do when it comes to the issue of church activity. Far too many folks are just gliding through life. The initial love and passion they had for the Lord as a new Christian has long ago disappeared.

Now most Western believers are simply going through the motions. And far too many of our megachurches have become pale imitations of the world and its celebrity and entertainment culture, complete with rock concerts, strobe lights and smoke machines. Worship of God has effectively been replaced with worship of self.

God have mercy on your people. And bless Pastor Chan for being willing to seriously take up his cross and follow you. We need more Christian leaders who are willing to do the same. As Chan has said, “Our greatest fear should not be of failure but of succeeding at things in life that don’t really matter.”