There would be as many senseless and just plain false “Christian” arguments for homosexual marriage as there are wolves in sheep’s clothing. They are a dime a dozen. I have encountered countless versions of them, refuted heaps of them, and pointed out the mental, moral and spiritual vacuity that lies behind them.

But they keep on coming. The war of attrition is what this is all about. Just keep on repeating lies and furphies relentlessly, and hope that some of it sticks. Never mind that the falsehoods and Scripture twisting have been challenged over and over again – they will just keep telling porkies and hope they can get away with it. 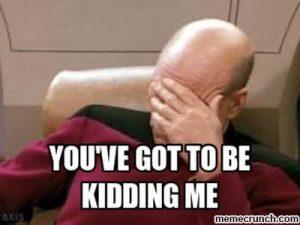 We had yet another shocker of an example of this today. It is so bad that it really does not deserve a response. This wolf certainly will not be convinced by anything I have to say to him. But perhaps some who read his piece and had a few questions about it might be helped with a reply, so I will go ahead with it.

He claims to be a Christian, but guess what: when you trash the Word of God, promote that which the Bible condemns, and effectively call God a liar, we have every reason to say, ‘No, you are not at all a Christian’. Oh, and he is described as “a former Catholic priest”.

I am relieved to read about the “former” bit. He has no business whatsoever being involved in anything that has to do with real Christianity. But let me just quote three of his utterly ludicrous and embarrassing remarks. Here is the first:

When opponents to marriage equality quote chapters from the book of Leviticus, we ask, what did Jesus quote from those chapters? And it wasn’t the bits about sex but the bit about loving your neighbour as yourself. So, following Jesus’ lead, we don’t worry about how an ancient society organised its sex life, rather we see that Jesus wants us to love the LGBTQI community as we would love ourselves, as equals with respect and fairness.

Oh good grief. Jesus of course had no reason to remind his Jewish listeners about the sin of homosexuality. Everyone knew it was wrong. But he did quote from something even more fundamental and basic in this entire debate. He went back to Genesis to repeat the core truth found in Gen. 2:24: “That is why a man leaves his father and mother and is united to his wife, and they become one flesh.”

shows no awareness, much less acceptance, of any other pattern – even though no Jew in antiquity could have been oblivious to homosexual relationships among many Gentiles. There was no need for him to comment on whether homosexual unions should be permitted and, if so, whether his stance on divorce and remarriage should apply to them too. The creation texts authorized only one type of sexual union. It would have been a forgone conclusion for him that homoerotic relationships and human-animal unions, both proscribed in Leviticus, were unacceptable.

So despite this guy’s silly claims, Jesus did indeed care very much about things like human sexuality and how it is to be expressed. The second quote is equally useless:

When people quote an obscure word used by Paul in his letter to the Corinthians (arsenokoitai, if you’re interested) and interpret it to condemn homosexuality, we try to understand Paul through everything he said. We remember that Paul discussed sex later in his career in his letter to the Romans. Here it is clear that his views were that sex should be according to nature, which he believed reflects God’s qualities.

Um no, the term is not obscure at all, and its usage ties in with all the other passages Paul has on this topic. And of course Paul actually uses two Greek words in 1 Corinthians 6:9-11: malakoi, for “male prostitutes” and arsenokoitai for “homosexual offenders”.

The second term, which Paul also uses in 1 Timothy 1:9-10, is a compound word made up of two terms, arsenos (= male) and koitain (= sleep with, lie in bed, have sexual relations with, from which we get the word coitus, ie., intercourse). ‘Male bedders’ would be a literal, if somewhat wooden, translation. Sex between men, or homosexuality, is clearly in view here.

Worse yet is his massacre of what Paul argues for in Romans 1:18-32. The argument is crystal clear there. Paul says that men lying with men is against nature. It is unnatural for humans to engage in such behavior. And to claim that animals sometimes engage in same-sex activities means nothing for this debate, for at least four reasons:

-This is nowhere near as prevalent as people claim.
-Even so, so what? Humans are not animals.
-Animals sometimes also kill and/or eat their young – should we do so as well then?
-Neither humans nor animals can continue to survive in homosexuality – nature designed us to continue by heterosexual reproduction.

The final quote from his piece is also quite pathetic:

A famous parable of his summed it up — it has phrases that have a core place in the hearts of Christians: “When I was hungry, you fed me.” “When I was sick, you visited me.” So we hear Jesus today saying, “When I was LGBTQI, you got out of the way and let me get married.”

This is just going from bad to worse. A major logical fallacy we warn against is the category mistake. That he offers us here big time. Yes a Christian is to help the hungry and the sick. But that of course has absolutely nothing to do with embracing a sinful lifestyle and endorsing homosexual marriage. This is not even mixing apples with oranges, it is mixing goldfish with Goldilocks.

The utter foolishness and irrationality of this guy’s entire piece is just a shocker to behold. But here is a person claiming to speak for God and Scripture, twisting and distorting everything as he goes along. He could not be more wrong if he tried. And I am sure he has tried pretty hard here.

This guy, like the handful of homosexual activists and leftist politicians pushing for this are way out of touch with the majority of Australians. The simple truth is this: most Aussies do not give a rip about homosexual marriage and are getting sick and tired of hearing about it all the time. As a piece in today’s press highlights:

The federal government may be imploding over same-sex marriage but new research shows the issue is well down the list when it comes to what keeps voters awake at night. The latest True Issues quarterly survey by JWS Research shows while health, education and the economy continue to be the top three concerns, worries over terrorism and the cost of living – fuelled by a spike in energy prices – are surging. Same-sex marriage is a relatively niche issue, cited by 6 per cent of voters as an area of concern….
The results vindicate the frustrations of many inside government that this week’s brouhaha over same-sex marriage is hurting the government if only because it has stopped it focusing on the issues voters regard as important.

Nobody but some homosexual militants, some lefty politicians, and some apostate religious leaders are pushing for this. They deserve each other, and should maybe just move away, find an island somewhere, and push their moonbat agendas there till their hearts’ content. But please spare us. We have enough of this madness.

Let me finish by mentioning two comments that appeared under this online article. A person had said marriage is only for one man and one woman, to which one foolish homosexual marriage supporter replied: “No, marriage is much broader than that. Marriage means the irrevocable joining together of two different things to produce a single new thing. For example, egg white and sugar to make meringue. Human marriage is just a special case in point.”

Thankfully another commentator was quick on the uptake and pointed out that this comment actually undoes his entire case: “You actually agree that marriage ‘is the joining together of two DIFFERENT things’ or to extend what you said….joining together two egg whites will still not give you meringue.”

As mentioned, usually I do not bother with such trashy articles. But because it appeared in our most read newspaper, it seemed worthwhile to offer a few quick critiques. I am not sure who should be more embarrassed here: the author of this dud piece or a major newspaper for actually printing it.

34 Replies to “How Not To Argue For Homosexual Marriage”