The Bible is full of warnings about those who would lead God’s people astray with lies and false teachings, and drag them into sinful, immoral lifestyles. We should steer clear of such people and have nothing to do with them. Yet sadly we seem to find these apostates regularly doing their worst as they lead so many to perdition.

A key example of this are all the so-called Christian leaders who are siding with sodomy and siding against God and his word. I have written often about such false shepherds. My daily reading at the moment is in the prophets, and it seems like almost every chapter has something to say about such false teachers and fake leaders.

For example, why does Jeremiah 15:1 come to mind as we consider all these apostate religious leaders supporting sodomy? It says: “Then the Lord said to me: ‘Even if Moses and Samuel were to stand before me, my heart would not go out to this people. Send them away from my presence! Let them go!’” 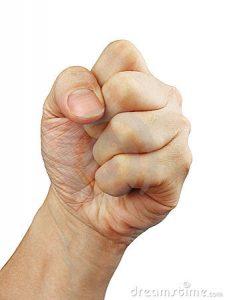 Wow, those are some very strong words. Yahweh is saying he wants nothing to do with them, and it is no use even trying to intercede for them. That is heavy duty stuff indeed – yet many Christians today would totally reject such a passage.

They would claim that God could never be like this. They would argue that God is always merciful and gracious, and he would never drive anyone away from himself. And they would insist that God would never tell anyone to stop praying for others.

Well, I prefer to side with God and his word on such matters. In fact, on a number of occasions we read about how God actually says that we should stop praying for certain people. The book of Jeremiah contains other examples of this. Here are a few more:

Such admonitions not to pray for certain people, or how their prayers will go unanswered, are found elsewhere. For example, consider just three more such texts:

-Psalm 80:4 O LORD God Almighty, how long will your anger smolder against the prayers of your people?
-Proverbs 28:9 If anyone turns a deaf ear to my instruction,
even their prayers are detestable.
-Isaiah 1:15 When you spread out your hands in prayer, I will hide my eyes from you; even if you offer many prayers, I will not listen. Your hands are full of blood;

The point is, there are times when even a loving and gracious God says we should save our breath and not pray to him or pray for others. Sometimes people reach a point of no return. Sometimes it is pointless to pray for them. Those are hard words, but they are biblical words.

Chris Wright in his commentary on Jeremiah says this about the four times Jeremiah is told not to pray for his people:

Prophets not only preached, they also prayed. It was part of the prophetic calling. Moses, the model prophet, was the model intercessor. Samuel, Isaiah, and Amos did the same. Jeremiah, then, would have been praying for his people – until God told him to stop. This people were so far gone in rebellion that they were past praying for. It was such a habit for Jeremiah, however, that God had to repeat the instruction several times – making it even more stark in its implications. The triple prohibition of 7:16 is empathetic, and shows the kind of urgent, pleading prayer that must have exercised Jeremiah’s voice when it wasn’t being used for preaching to the people; prayers, pleas and petitions, all now must fall silent.

If we refuse to listen to and obey God’s word, then he has every reason to stop listening to us. Things are that serious. We need to wake up and get real here. Rejecting the clear teachings of Scripture means that we are rejecting God himself. When we get to that place, we are in dire straits indeed.

We all can rejoice in the grace and mercy of a loving and forgiving God. But contrary to so many worldly Christians, God will not extend his forgiveness and mercy to us forever. There are limits. And when we say no to God often enough and defiantly enough, then he is bound to say a clear no to us.

I have often quoted R. C. Sproul on these matters, but his words are so very good here that they are worth once again running with:

We hear all the time about God’s infinite grace and mercy. I cringe when I hear it. God’s mercy is infinite insofar as it is mercy bestowed upon us by a Being who is infinite, but when the term infinite is used to describe his mercy rather than his person, I have problems with it because the Bible makes very clear that there is a limit to God’s mercy. There is a limit to his grace, and he is determined not to pour out his mercy on impenitent people forever. There is a time, as the Old Testament repeatedly reports, particularly in the book of the prophet Jeremiah, that God stops being gracious with people, and he gives them over to their sin.

Those believers – and especially their leaders – who are now shaking their fists at God concerning his intentions for human sexuality, marriage and family had better carefully reconsider. This blatant unbelief and rebellion will not be allowed to continue forever.

The best thing these apostates and false shepherds can do – indeed, the only thing they can do – is to get on their faces before Almighty God, repent, and ask for his mercy before it is too late.

27 Replies to “Apostates Destroying Our Churches”